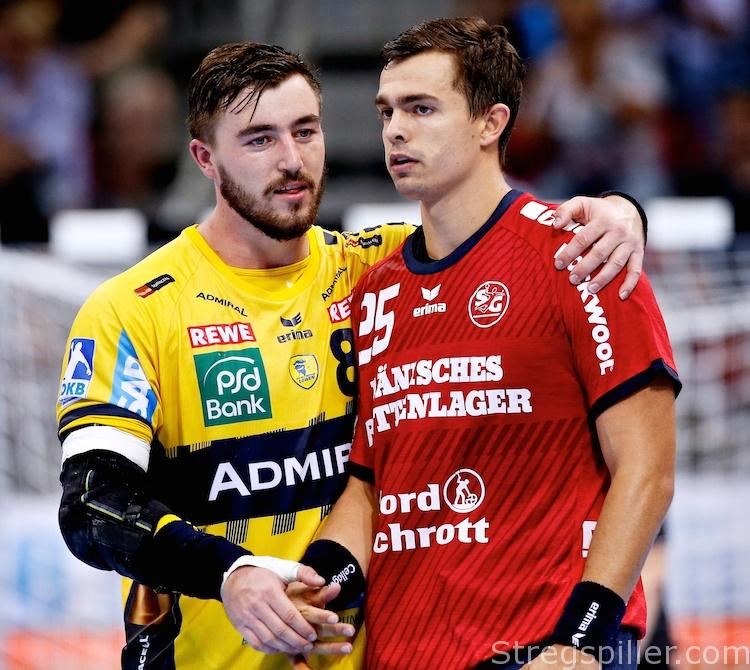 Kohlbacher wants to win it all

When Jannik Kohlbacher joined Rhein-Necker Löwen this past summer, nobody was in doubt that he would fit in well with the reigning German cup champion. But the line-player has exceeded expectations during his first few weeks in Mannheim, and instantly clicked with playmaker Andy Schmid. I spoke to the 23-year old about the new experience in the VELUX EHF Champions League, his ambitions with the team and the upcoming World Championship on home soil.

How did you experience your first weeks with your new club?

JK: It’s a new environment for me, a new team. But everything has been great, so far. We have won most of the games; the Champions League has been okay until now.

It certainly appears like you have played with Andy Schmid for a long time, but it’s been only two months. Why did it work right from the start?

JK: Andy and I have a great connection. We talk a lot and he explains a lot of things to me. We have a number of set plays and when you really get into it, I think you learn fast.

What do you make of your first matches in the Champions League?

JK: Well, the first one was against Barcelona and a lot of fun, as we won the game. It’s totally different compared to the Bundesliga, because you only play against very good teams. I think we are right on track.

Do you feel more stressed at this point of the season compared to the same time in Wetzlar last year?

JK: I wouldn’t describe it this way; I really feel fit.  Actually, I’m happy for every game that I can play and I very much look forward to every match. I enjoy playing a lot. Right now, I don’t feel tired at all.

The added stress was one reason why the club didn’t pay too much attention to the Champions League in recent years. What about this season?

JK: I can’t really say much about the last couple of years, but I can tell you that we want to win every single game. That’s our goal. Unfortunately we lost both games on the road, but that can happen.

Do you think it’s possible to compete in all of the three major events effectively? I have my doubts…

JK: That’s a good question because in the end you have to be realistic. Much depends on how the season shapes up.

Let’s talk a bit about the national team as expectations are rising ahead of the World championship. Do you have the same impression?

JK: Germany is just crazy when it comes to handball – the arenas are often at capacity, no matter if you look at the first or second league. There was a lot of euphoria during the last tournament and it will be even bigger this time, because everyone still remembers when Germany won the title in 2007. Players and fans alike are really looking forward to this event.

Do you have the tournament on your mind already?

JK: Not at all – we are playing matches every three days, right now. That’s why I’m not focused on it at the moment. Sure, I have it in the back of my mind but I have to perform to be a part of the team. Next week, we will meet again with the national team and play two qualification matches. But at this point, only the next game is on my mind.

Currently it seems like the atmosphere is not the way it should be. What needs to happen in order to have a successful tournament and how do you define success?

JK: I guess, we still have to come up with a definition, describing what would be a successful tournament. Of course, we have ambitious goals, but that doesn’t necessarily mean that we have the title of World Champion in mind. We are playing in a tough group and will take it one step at a time.