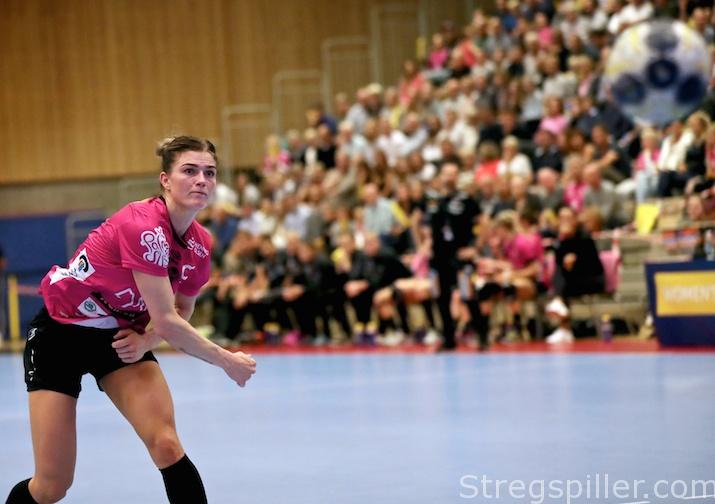 stregspiller.com – MATCH OF THE WEEK PREVIEW – Who would have thought ahead of the 2018/19 Champions League season that Györ versus Vipers would end up as the top game in Group 2 of the main round?

Yet, that’s how it has shaped up.

Györ continue to miss right back, Nora Mørk as well as left back and defender, Eduarda Amorim, while the experienced back court players Zsuzsanna Tomori and Anita Görbicz recently returned to the pitch.

Vipers will be at full strength including right wing, Malin Aune.

The match will also be a clash between the two Kristiansen sisters – Veronica (Györ) and Jeanett (Vipers) and for line player Kari Brattset (now Györ), Linn Jørum Sulland and goalkeeper, Katrine Lunde (both Vipers), it will be a reunion with their former teammates.

Whereas Vipers did not encounter much resistance in their 31:24 victory at home, against the German champions, Thüringer HC.

During the week both teams recorded clear wins in their respective national leagues, when Györ succeeded 39:29 on the road against Fehervar, while Vipers smashed Fana 41:26 in Kristiansand.

There is no doubt that on her best day, Katrine Lunde is still on the same level as Amandine Leynaud, and possibly a bit above Grimsbø, not to mention Kiss.

Yet,there’s no doubt that Lunde will be extra motivated when she takes to the court at her former home ground.

While Györ’s right wing duo, Hungarian Bodi and Czech international Jana Knedlikova, complement each other well, Aune (Vipers) will have to shoulder most of the workload on Saturday evening.

Linn Jørum Sulland and to some extent Silje Waade may replace Aune on occasion, as she returned from her injury break only this week.

That’s how the match-up looks on paper, but Györ have plenty of options as almost all back court players can take the position, in the absence of the world’s best right-back, Nora Mørk.  Expect the, now former, Dutch international, spending most of her time on the right side of the court.

18-year-old Aftentaler will be sent on, only in case of a decisive Györ lead.

In contrast, Vipers appear to be better equipped with the two left-handed players Sulland and Waade.

No doubt – Stine Oftedal will make make life hard for her fellow Norwegians.  Along with experienced all-rounder Anita Görbicz, they’ll be a force to be reckoned with, and even though Reistad is one of the most promising talents in the world, and Tomac slowly but surely approaching top form, Vipers will have a hard time matching their opponents level.

Veronica Kristiansen will appear everywhere, while Tomori will be seen in defense for the most part and it will be Hansen’s task that Györ won’t miss Amorim too much on the offensive end.

Red-hot Jeanett Kristiansen scored no less than 10 goals, as Vipers downed THC 31:24, last weekend, but against Györ she won’t experience the same working conditions and the same holds true for Emilie Hegh Arntzen.

No one has forgotten how well Görbicz can play on left wing.  She will be a brilliant and experienced partner to young, SzidoniaPuhalak.

The arrival of Romanian international Crina Pintea during the winter break has given Györ a tremendous boost on the line, as well as in defense.  Together with Kari Brattset, she forms the strongest line player duo at club level in the world, right now.

The return of Pernille Wibe certainly represents reinforcement, especially on the defensive end and she will help Vipers to succeed in the second half of the season, but she together with Hanne Yttereng won’t make the difference in Györ.

Following in the footsteps of legendary Ambros Martín has been no easy task for Danyi, but the former assistant coach has done well, so far.  Surprise, surprise some may say, when considering the exceptional talent pool he has at his disposal.

Gjekstad´s qualities are well-known and he won’t need further introduction as his previous achievements in Larvik say it all.

Still, it’s hard to say, who will be the better coach this weekend.