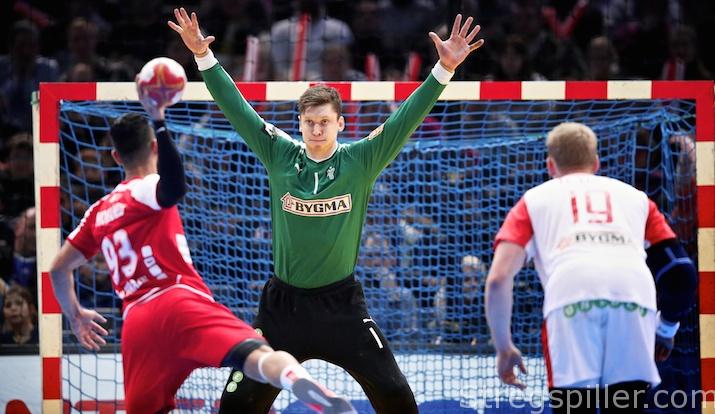 Landin focused on the present

Niklas Landin and Andreas Wolff are two big-time goalkeepers on the same roster.  So far it’s going quite well for both of them, even if their club THW Kiel is not performing on the high level as in previous years. On Thursday, Landin showed his class once more when he shut the door on his former team – Rhein-Neckar Löwen – in the final minutes of the second-leg meeting, in the EHF Champions League.  He assured Kiel would once again, advance to the quarterfinals.  I spoke to the Danish keeper shortly after the final whistle.

Usually, when it’s this close, it’s very tough to tell what made the difference.  How do you see it?

NL: I think the key was that we didn’t lose by a higher margin one week ago, so we could come here with a good feeling.  We gave everything in the last twenty minutes and that worked out pretty well in the end.

Before the game there was a lot of talk about certain players being ready to play or not.  Was Kiel trying to distract the opponent on purpose?

NL: No, absolutely not.  Weinhold was really out because of neck issues, but for some reason he got better quickly, which was quite unexpected.  With regards to Domagoj Duvnjak, nobody knows what he’s capable of, only he knows what he can do and how much he can do.  He decided to play some days ago and obviously that was quite important for us, and our self-confidence.

When did you believe in making it to the next round?

NL: Right before the end when I saved their last shot.  Then, I threw the ball away and time ran out.

You had some terrific saves, especially down the stretch, including a shot by Andy Schmid, which you caught!  Did it have to do with you knowing him so well from your time in Mannheim?

NL: No – there was just too much resin on the ball.  I just wanted to make a save and then the ball was so sticky that I was able to catch it.  Obviously it was a nice save and I was able to initiate the fast-break quickly.

Do you think this win will give you a boost for the remaining games in the league?

NL: Yes, I hope so.  When we played in Magdeburg and Flensburg, you can easily lose if you’re not on top of your game.  But compared to these matches something was still missing in the Champions League.  I’m quite happy how we did in the second half and moved on to the next round.

NL: To be honest, I haven’t even thought about Barcelona at all, so far.  We were only focusing on this match (against Rhein Neckar Löwen ed.).

One final question, Rene Toft Hansen was sent off with a red card, early on. What’s your take on it?

NL: It looked like Rene was a bit too late, because Alexander Petersson moved by with a very fast first step. Maybe his timing was off because he hasn’t played in his usual rhythm, as of late.