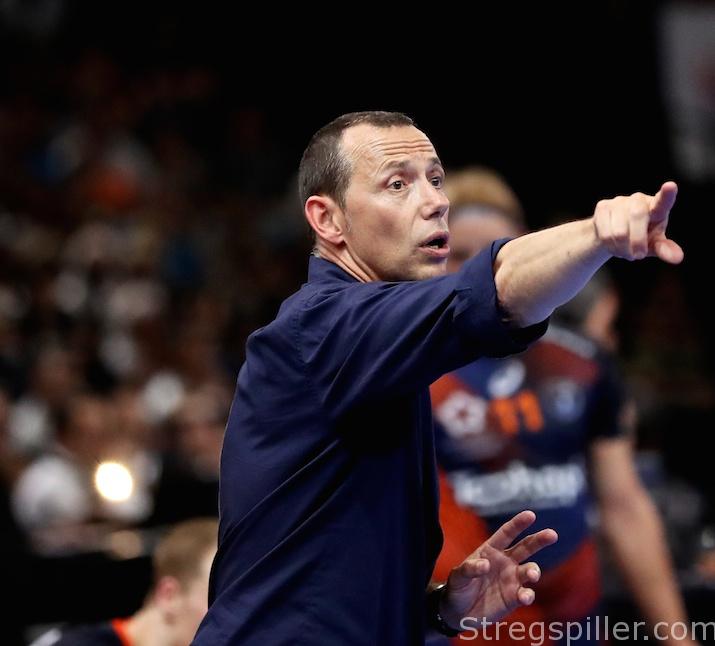 stregspiller.com – MATCH OF THE WEEK PREVIEW – Despite several good performances as of late, Montpellier HB are still in danger of becoming the first Champions League winner to not  emerge from the group phase in the year following the triumph in Europe’s premier club competition.

The club from the south of France may be in a position to proceed right now, but when looking at the remaining schedule, Valentin Porte & Co. need a win at home against Barca on Sunday.

The most memorable encounter between the two teams probably occurred in the Round of Last 16 of the 2017/18 Champions League season, when Montpellier eliminated Barcelona.

However, that was then and this is now.

A win in Southern France and Barca can secure the group win and proceed straight to the quarter-final.

A decent start after the winter break has fueled new hope that Montpellier can reach the knockout stage after all. Right now, they are in that sixth place, a spot that would allow them to move on to the next phase of the competition.

But, they will be handicapped as Argentinian playmaker, Diego Simonet, suffered yet another injury, and this time he will be out for the rest of the season.  Missing Egyptian line player, Mohamed Mamdouh, only adds to Montpellier´s trouble.

Barca will be without Danish left wing and World Champion, Casper U. Mortensen (out for the season) but their new signing, Nemanja Ilic (Serbia), did not need long to show that he is a qualified replacement.

Montpellier delivered an impressive performance when winning 28:27 away against Kielce in the previous round, while Barca dismantled Kristianstad 43:26 at home.

In their most recent match in the Lidl Starligue, Montpellier succeeded 24:22 against Chambery, while in Spain’s “Asobal”, Barca defeated Bidasoa, on Tuesday.

After a rather unstable performance at the 2019 World Championship, Gerard has stepped up his game, with Swiss international, Nikola Portner still a fine substitute.

However, it’ll be hard to keep up with Perez de Vargas and  Danish, Kevin Møller. Still, it’s a…

33 years of age – Vid Kavticnik certainly has the experience and that speaks for him.

However, the Barca duo, including Gomez and Tomas are just a bit better.

As the son of legendary Jackson Richardson, Melvyn has emerged from the long shadow of his father.

During the World Championship, Valentin Porte complained about not spending enough time in the back court of “Les Experts”, but in Montpellier, he gets his chance next to Richardson jr.  Still, the two of them will have their work cut out for them when facing Dika Mem and Slovenian, Jure Dolenec.

In Simonet´s absence, it will be  up Bonnefond to pick up the pieces with Faustin as the alternative and Guigou a third option.

With Palmarsson back from injury, Barca have gained considerable strength, and the experienced Entrerrios and up and coming Lasse Andersson will only add to the pressure.

Truchanoicius, the Lituanian “Truck” is back from injury, but he is not making much of an impact.  Expect Grebille return to his former position at least for some time of the game.

In contrast, Barca’s N´guessan has found a great partner in GilbertoDuarte, who’s been blooming as  of late.

Montpellier´s personnel problems are so big that a number of players will have to perform double duties.  Guigou will be one as well as Grebille, as mentioned above.

Without Casper U. Mortensen, Serbian Nemanja Ilic has spelled instant success from the start and is more than just a replacement.  His partner, Aitor Arino, will benefit as well.

Missing Mamdouh is a handicap for Montpellier, still as long as coach Patrice Canayer can rely on Afgour and Pettersson – Pettersson in particular – the glas must be considered half full.

However, one player that Montpellier is really missing, is Fabregas who is now playing for Barca.  Together with Polish Syprzak, they will have the edge.

The match will be a meeting between two coaching legends.

It’s almost impossible to think about Montpellier and Barca without appreciating Canayer and Pascual.  The duel between these two tactical geniuses will be one of the highlights in the game.

Advantage Barca – at least on paper.