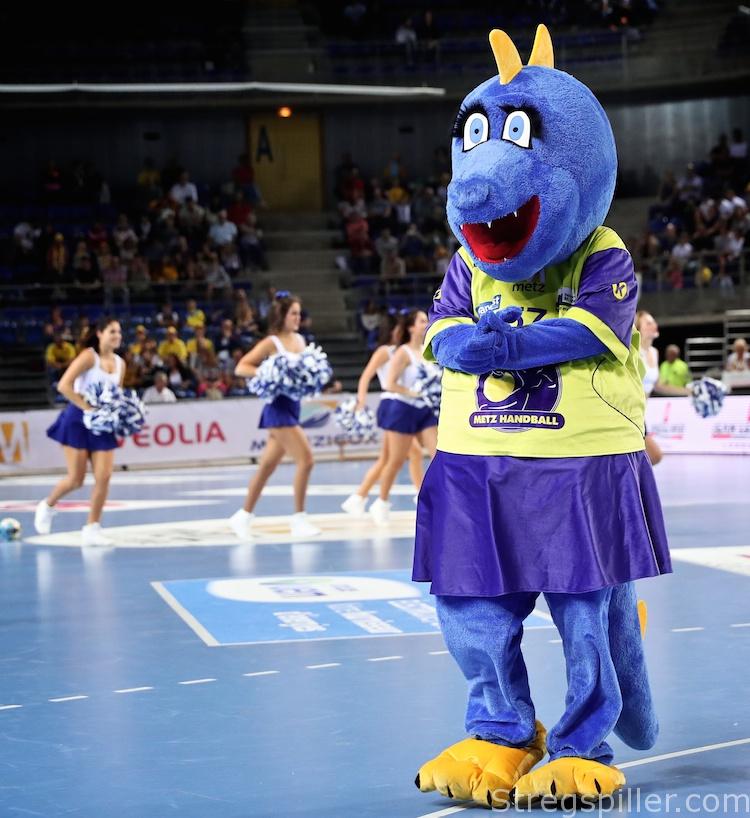 WOMEN´S CHAMPIONS LEAGUE PREVIEW – It very much looks like “Last Call” for Brest Bretagne Handball to keep their quarter-final dreams alive, when they face Metz Handball in the Champions League Main Round in Group 1, in the early evening hours, on Saturday.

Metz Handball will be the favorites when they travel west to meet Brest Bretagne Handball in this weekend´s derby.

Brest will be handicapped, missing a pregnant Isabelle Gulldén. On the positive side, goalkeeper Cleopatre Darleux (Brest) will return to the court as well as Amandine Tissier, following a ten week break caused by injury.

In contrast, Brest suffered a 28:24 defeat in Denmark against the Champions League debutants, Odense HC.

Both teams succeeded in their most recent matches in the French league – Metz winning 36:23 on the road against Dijon, while Brest defeated Paris 92 27:26.

Brest are in desperate need of a victory to keep their chances to a quarter-final berth alive.

Having Darleux back from injury is an obvious reinforcement to Brest, although Idéhn did very well in several matches for Sweden at the European championship, in France, back in December.

Yet, the class of Laura Glauser and a very reliable Ivana Kapitanovic tilt the odds in favor of Metz.

It will be duel between the two France internationals, Coatanea and Flippes, and Laura Flippes will have the edge.

Brest coach Laurent Bezeau can rely on Ana Gros who joined the club from Metz before this season.

The left-handed Slovenian backcourt player has been one of Brest´s most consistent this season, and she may well make the difference on Saturday evening.

Head coach, Emmanuel Mayonnade (Metz) has not shown much confidence in Gros´ replacement, Polish international Alexandra Zych. In fact, he prefers to play Gnonsiane Niombla in a position that clearly benefits a left-hander. Me must be looking forward to next season already, when Denmark international, Louise Burgaard, will be joining from Herning-Ikast.

In Gulldén´s absence, veteran Allison Pineau will take on even more responsibilities as Amandine Tissier may not make much of a difference after her prolonged injury break.

If Grace Zaadi (Metz) continues the way she played at the European championship, there is absolutely no doubt that Metz are best equipped in the playmaker position.

A week ago, Stoiljkovic did very well scoringsix goals, despite the defeat against Odense.

During the winter break, Brest have brought in Danish Melanie Bak (she joined from Gjerpen (Norway)), to compliment the Serb.

Neither one of Brests’ three left backs will reach the level of Smits and Kanor. The German and French internationals play in a class of their own.

20-year-old Constance Mauny is a very promising left wing who already caught the eye of national team coach Olivier Krumbholz. Still, she is a player for the future, while the Metz duo, Houette and Mabon are experienced players at top level.

Serbian international, Sladana Pop-Lazic, is a pivot at the highest level, but on her own she won’t out-class the two French internationals Edwige and N´Gouan from Metz.

Both coaches are ambitious and tactically skilled, and both stand for a dynamic and attractive brand of handball.

Numerous supporters at Arena Brest will obviously be a big plus for Brest, but will it be enough to turn the match in their favor? Unlikely – Metz will win this one and take another step towards the quarter-finals.