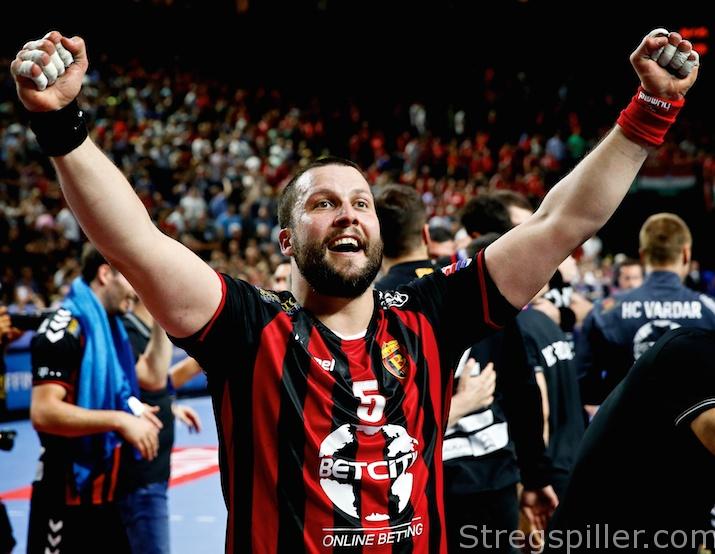 Last second goal from Cindric send debutants to the final

The winning goal in the dying seconds was scored by playmaker Luka Cindric who scored Vardar´s last two goals.

Just like Veszprém, Vardar claimed to be the outsider, referring to their status as FINAL4 debutants.

But, Barcelona veteran Victor Tomas did not fall for that.

“Playing your first FINAL4 is always a big challenge, and as debutants, we are underdogs, but we enjoy that role as it reduces pressure on us,” said Vardar right0wing Ivan Cupic who won the Champions League with Kielce last year.

“Do Vardar claim to be underdogs? Let them. We expect a tough match anyway, and besides, there almost seems to be a tradition of the underdog winning the FINAL4. So, we do not take anything for granted,” Tomas told stregspiller.com ahead of the match.

After Veszprém´s impressive fight against Paris Saint-Germain, Vardar pulled the big surprise, defeating Barcelona by one goal in the dying moments of the game.

Luka Cindric kept his nerves and the skills to scored the deciding goal with two seconds left on the game clock.

After an equal start, Barcelona seemed to take control, leading 8:5 while pushing for a four-goal lead.

However, they let the game slip out of their hands, having increasing trouble with the Vardar defense, which constantly changed between a 5-1 and 6-0 formation – a situation that should not have come as a surprise to Barcelona.

Five goals on eight attempts did the Montenegrin left-back score.

After Barcelona´s thre- goal lead, Vardar came back at 10:10, before they took a one-goal lead atthe break.

The next 14 minutes, the score constantly changed between a stand-of and a one-goal lead for Vardar.

Fast breaks were rare as both teams continuously changed three players between defense and attack.

It almost felt like an early decision, when Alex Dujshebaev brought Vardar ahead by two goals, making it 19:17, 14 minutes into the second half.

Barcelona even got the lead again, when Timothey Nguessan made it 24:23, but nothing could stop Vardar and Luka Cindric in the end.

I give the award to Luka Cindric – even though I could not get an interview with him, as he claimed he only speaks Macedonian. He is Croatian, as you know.

He does not only deserve the acknowledgment for keeping his nerves while taking the responsibility at the end of the game, firing the two deciding shots.

He also get’s the award for doing an excellent job in the playmaker position for most of the match. in a hectic atmosphere.

Vardar are ready for their first Champions League final in the club’s history.

So far, the men’s team has followed in the footsteps of Vardar’s women, reaching the final stage of the FINAL4.

Based on their performance on Saturday, we certainly cannot rule out another sensation against Paris come Sunday evening.

Barcelona will have only a short time to lick their wounds, before they get a chance to avenge the loss against Veszprém in the bronze match.