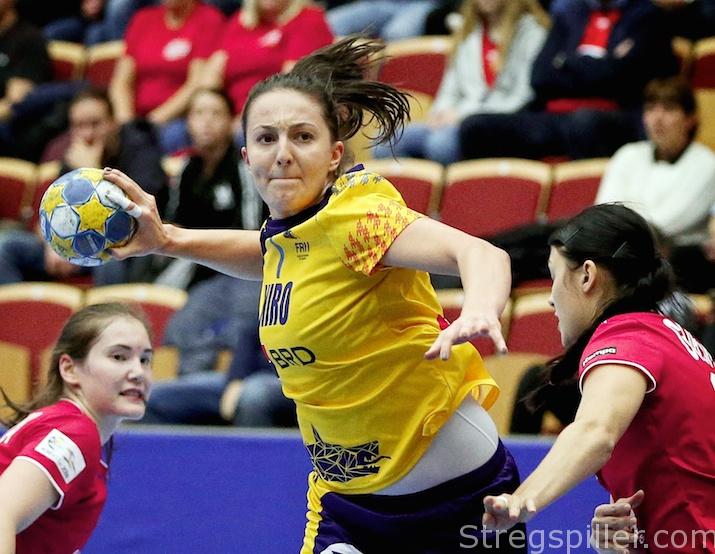 Learning from the best

Eliza Buceschi won the award of “Best Young Player” in the EHF Champions League not too long ago.  But in the months that followed, she had a tough time in Denmark and eventually returned to Romania, getting back to her comfort zone.

Now she’s ready for the next step once again, trying to help her country in finding the next world class player in support of superstar Cristina Neagu.  I talked to Eliza about her role in the team, what she’s learning from her idol and her expectations at #simplywunderbar, the hashtag of the 2017 Women’s World Cup.

As the tournament is getting closer, what are you looking forward to most at the World championship?

EB: I know that it will be really tough for us because there are a lot of new young players in our team. But, I’m really looking forward to feel the atmosphere of the World championship and just having a lot of fun.

You are still young but you also have a lot of experience. Do you see yourself as a leader?

EB: I’m trying to help my teammates as much as I can every time they need me, but I don’t see myself as a leader. I’m still trying to learn new things from the more experienced players and I know that I still have to improve a lot on and off the court.

You played in other countries but I sense that you play on a more consistent level since you returned to Romania. How much does it influence your game, feeling really comfortable off the court as well?

EB: It’s really important to me to be together with my family and my friends. I had a tough time in Denmark last season – I’m so happy to be home again.

You played in Germany before and know the atmosphere in the arenas pretty well. Is this tournament different given the circumstances?

EB: Actually, the period that I was playing in Germany was the best time in my career and I’m looking forward to be there again. The atmosphere in the arenas was really nice all the time and I hope that a lot of Romanian fans will be there for us. That will be even better.

Obviously, Cristina Neagu is one of the best players of all time. If you could take one specific talent from her and add it to your game, what would it be?

EB: It’s hard to pick just one. Maybe the way that she is cooperating with all the other teammates and how to put each other in the right position for getting a good shot is the quality that I like most about her way of playing.

What needs to happen that the tournament will become a success for Romania and what would a disappointment look like?

EB: We have nothing to lose. Our goal is to reach the quarterfinal, but it will be very difficult. We will try to play every game like it is the last one and try to improve from one match to the next.

Which teams will play for gold in your opinion?

EB: It’s hard to say who will play for the gold medal. For sure, Norway is the favorite, but anything can happen.  Actually, I think that we will see a number of surprises during the World championship.