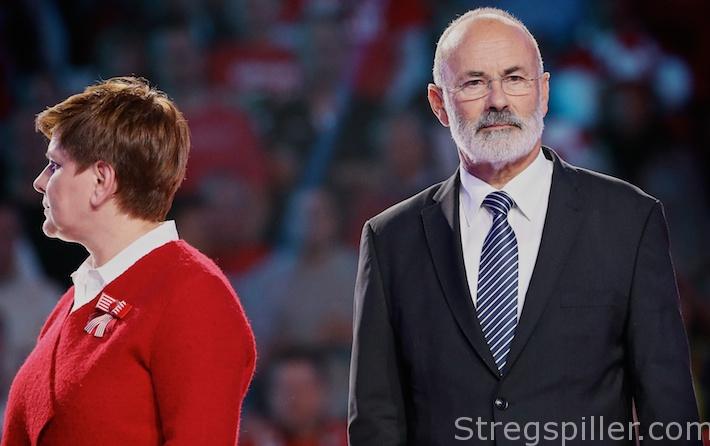 I leave with no regrets!

INTERVIEW – Jean Brihault feels no bitterness quitting the EHF presidency, does not believe in the idea of a Premier Handball League, and certain doubts about the new handball rules.

It is not usual for Jean Brihault to feel melancholic. However, if the 68-year-old Frenchman has been in such mood this weekend at the FINAL4 in Cologne, it would be understandable.

This 2016 FINAL4 was his last as president of the EHF. An attempt at the most recent EHF congress to modify the “age paragraph” – the statute forces a president or vice president to step down at the age of 68- failed. Jean Brihault will have to leave the job at the next congress later this year. Current secretary general, Austrian Michael Wiederer, is the most likely candidate to become his successor.

“I would like to make it clear that I leave without bitterness.

“The resolution was made democratically at the congress, and you have to respect that.

“If you cannot respect a democratic decision, you should not be in a job like this at all.

“I will be engaged until the end, and I will work as hard as ever to fulfill my duties as a president until then.  I have been involved around the presidency of the EHF for 12 years, first as a vice president, then as president, and I have rarely experienced to not get through with the issues that I have been fighting for,” he emphasizes.

Rather than feeling sad about having to exit the presidency, he likes to focus on the positive impressions from what became his last FINAL4 tournament as president of the EHF.

“Arriving at the arena and seeing fans of different teams having a good time together, without fighting or negative vibes was just awesome!” he says.

Even though he is adamant leaving the post as EHF president without bitterness, Jean Brihault admits to having felt a certain disappointment in other connections.

“In situations where I could not assemble a qualified two-third majority in congress for suggestions I found innovative, I have felt a certain kind of bitterness. Not personal bitterness, but bitterness on behalf of the cause,” he says.

One advantage of having to step down now, is that he will not have to deal with the possible Premier Handball League, that some ambitious people are trying to establish, and that a few see as a threat to the current Champions League format. Even if he will not have to deal directly with the potential “rival” – a clash he would not mind at all – he likes to share his views about the undertaking.

“I have never met Santa Claus.

“However, if those people behind the new (handball) league can really guarantee what they are promising us – lots of money for everyone, super referees who never make mistakes etc. – I can only say thank you very much.

“In that case, I can only agree that it is better to be rich and healthy than being poor and sick.” is Jean Brihault´s sarcastic comment to the plans of the Premier Handball League.

“I do not see the scheme as a threat to the Champions League at all.” he adds.

New rules may be good for the top, but…

A real challenge to the world of handball will be the new rules that are being implemented already this summer at the Olympic games, in Rio de Janeiro.

You may recall some of the proposed rules like playing seven against six without a goalkeeper´s shirt; six passes after a warning for passive play, etc.

“We should remember that these new rules have been decided by the IHF, but we all have to play by them.

“In the EHF, we have discussed, if we should ignore them, but that would not make any sense, as handball has to be played by the same rules all over the world,” finds Jean Brihault.

“I think new regulation may be good enough for the top, but I have my reservations, when it comes to the lower levels.

“I also fear that referees may tend give more yellow cards and two-minute suspensions in order not to cause players to be benched for three attacks, but only time will show,” says outgoing EHF president Jean Brihault.