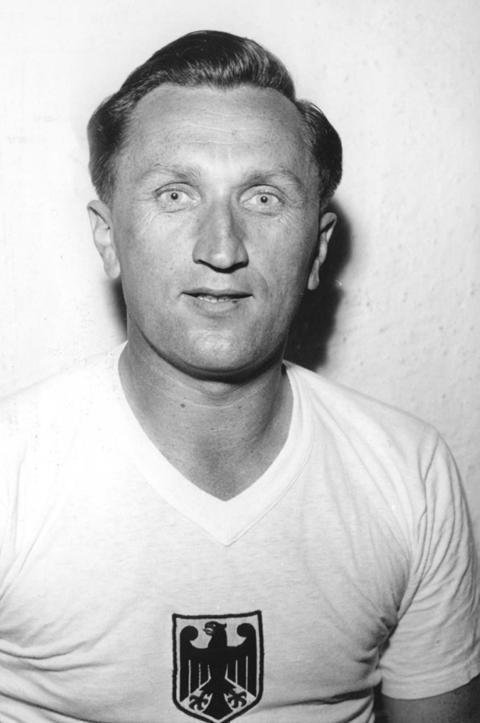 The year of 2017 is not shaping up as a good one when it comes to famous people passing.  Not long ago former German chancellor Helmut Kohl died, as did Raymond Kopa, the “Napoléon of football”.  Because of their popularity and achievements they will live on forever.  The same goes for Bernhard Kempa, who passed away last Thursday.

Kempa was a true legend of the sport.  The fact that he finished his career in 1957 doesn’t take away from the fact that he had a major influence on the way handball is played today.  Kempa was born in Opole (today Poland) in 1920 and moved to Germany, together with his brothers, after the end of the second world war, in 1948.

First he played for TSV 1860 München before leading Frisch Auf to new heights in 1954.  After winning the regional championship, the club also conquered the Southern championship, qualifying Göppingen for the German championship.  Kempa, who served as a player-/coach, made sure that four-time defending champion SV Polizei Hamburg went home empty handed.  In the same summer Göppingen became double champion by adding the field handball title.

In the years that followed Kempa remained a central figure at Frisch Auf.  He added two more titles – one indoor and another one on the field.  Keep in mind – field handball was a big thing back then.  In late 1957, he decided to retire, but continued as a coach, much to the delight of everyone connected to Göppingen. Frisch Auf won five more league titles, from 1958 until 1961 and in 1970, topping it all with the European cup in 1960.

Although his title collection is impressive, he is mostly known for a passing play that inspired generations of players, the so-called “Kempa-Trick” or simply a “Kempa”.  The pass-shot-combination sees the receiving player catching a pass mid-air, while releasing a throw before landing on the floor.  Until today, it’s probably the most spectacular way to score in handball and we see the play in almost every game, even in the lower leagues.

Most likely Kempa didn’t know that his invention would live on forever, when he first practiced it in an unofficial friendly between Germany and Sweden, in 1954.

“It didn’t work out in the beginning, as I miscalculated the height of the defending players,” Kempa re-called in his book “Monsieur Handball”, published in 2007.  For sure, it worked out many times thereafter, and kept fascinating players of all ages.

Once Kempa retired he didn’t stop there.  He played tennis almost on the same high level as he played handball, winning World- and European championships on the senior level.  In 2011 – rightfully so – he was elected into the German Sports Hall of Fame.  When Kempa died in Bad Boll, close to Göppingen, he was 96 years old.  Aside of all the memories on and off the court he leaves behind his signature play for generations of handball players to come.  Had he been playing in the days of “social media”, he would have been a megastar of the sport.

Legends like Kempa never die; they live on in history and as true role models.