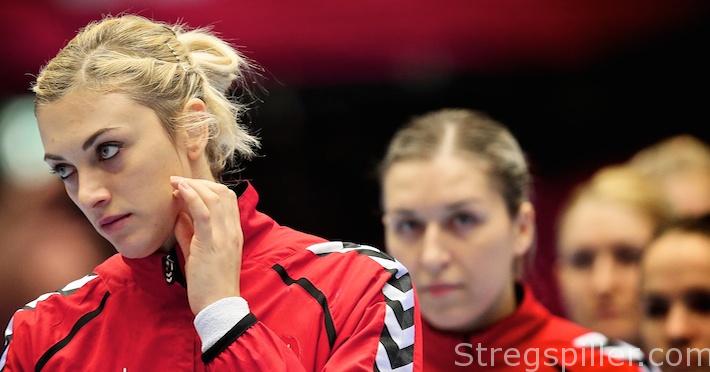 “In this life everything is possible!”

Rostov’s 185 cm tall right-back, Anna Sen, personifies Russia’s recent resurgence as one of women’s handball dominant powers, like no other.  After missing the 2013 World Championship in Serbia, Russia is on the rise again. The team of coach Trefilov ranked 5th at the 2015 World Championship in Denmark but Anna Sen thinks that her team could have done even better following the success at the prestigious Mobelringen Cup tournament in Norway. In March of this year, she and her teammates qualified for EURO’16, beating Denmark twice and shortly thereafter Russia booked the ticket to the Olympic games in Rio.

Closer to home, Anna’s club, Rostov Don, is aiming for another Russian championship after beating Dinamo Volgograd in the semi-finals in a “Best-of-Three” series 2:0.  A recent setback of missing the EHF Champions League FINAL4 tournament in Budapest has made her even more determined to reach the pinnacle event in 2017. Anna Sen’s performance during the current season did not go unnoticed and her defensive skills have earned her a nomination on the EHF’s short list for the 2015/16 All-Star team.  The future looks bright for the powerful back-court player hailing from Krasnodar.  stresgpiller.com caught up with Anna on the outset of Rostov’s play-off matches and talked with her about her goals, coaches, swimming and life after handball.  Meet Anna Sen – a true team player.

Q:          After some disappointing performances in the not so distant past, the form curve of Russia’s women’s national handball team is pointing upwards, once again. What has happened from your point of view that explains the recent improvements?

A:    Right now, we have a very good squad and very talented players occupying every position.  In the match against Poland (at WorldCup’15) we did poorly, but since then the team has been growing together and has learnt from the mistakes.

Q:          You have worked with Yevgeni Trefilov for many years – how has he changed over time or didn’t he?

A:    As a coach he never changed – he has always been very tough with the team.  But more recently, he has become a bit more cautious and shown a softer side.

Q:          Following Russia’s win of the 2015 Mobelringen Cup, many handball experts were expecting a better performance at the World Cup’15.  How did you experience the tournament in Denmark?

A:    Could we have played in the final?  Yes – certainly.  I believe we could have performed much better than 5th place.

Q:          In March you and your teammates qualified for the European Championship in Sweden later this year, by beating Denmark twice.  Aside from the score, Russia appeared to be mentally stronger?

A:    I think we beat Denmark because we were physically stronger.  Denmark has a very good team with many talented players; still we were able to defeat them in these two important games.

A:    I believe our team is growing stronger in every match that we play.  We support each other and every player is trying to make the team better.  Tactically, we have many different options in defense as well as attack.  My hope is that after two months of preparation for the Olympics, we will be able to show a strong performance and fight for medals.

Q:          Let’s talk about your current club. After one season in Gyor, how does the Hungarian team compare to Rostov Don? How do the coaching methods of Ambros Martin and Jan Leslie differ?

A:    Let me say this – my time in Gyor brings back a lot of good memories that I don’t want to miss.  Both coaches are completely different in their training methods and how they prepare tactically.  Ambros Martin and Jan Leslie are excellent coaches and they deserve to train such strong clubs as Gyor and Rostov Don are.  And when the results are good, then the coach is very worthy.

Q:          There is strong competition in Rostov’s back-court – in offense you mostly play as right-back. Considering that you are right-handed, wouldn’t you prefer playing left-back?

A:    In my career, I have played all kind of positions – anywhere in the back-court is not a problem for me.  If the team needs my help as left-back, I will play that position – if it is elsewhere, I will go and play there.

Q:          On the international stage you are considered one of the best defenders and recently you have been nominated to the EHF All-Star team 2016 in this category. What does the nomination mean for you?

A:    The nomination means a lot to me because every day, I work very hard to become a better defender – I try to improve myself from year to year.  Of course, if many people vote for me, it will be an additional incentive to raise my game even more.

Q:          CSM Bucarest stopped Rostov Don in the quarter-finals of the EHF Champions League, winning both games. What will you do differently next season? Which team is your favorite for winning the FINAL 4 in 2016?

A:    Personally, I am very disappointed that we did not reach the FINAL4 in Budapest this year.  But we will work hard and prepare even better for next season.  There is a need to improve our defense and develop more tactical options in attack.

I wish victory for Gyor or Bucharest because my best friends are playing there.

Q:       Right now, it looks like another Russian championship is on the horizon for Rostov Don – how do you rank your team’s chance of repeating the success of 2015?

A:    We simply have to win the Russian championship this year.  It is our most important goal and it will allow us to show our skills in the Champions League next year again.

A:    For next season, I have a contract in Rostov and then I think about the future.  In this life everything is possible.

Q:       Looking back at your career in handball, is there anything you wish you could have done differently?

A:    Well – I probably would have tried to play a whole lot better in those games that my team lost.

Q:       Did you ever regret becoming a handball player and not pursuing your talents as a swimmer?

A:    No – never! I think that if I had become a swimmer, I would not have achieved the same success.  But I do enjoy my free days near a pool, so I don’t miss the sport.  If I would ever consider becoming a coach it would only be in swimming.

Q:       Any plans for life after your career as professional handball player?

A:    I think I would like to open a beauty salon or work as a cosmetologist or massage therapist.  I can picture myself doing this in the future.

…are Christina Neagu and Heidi Loke.

…are Nikola Karabatic and Mikkel Hansen.

…my friend and super woman.

…try to win an Olympic medal.