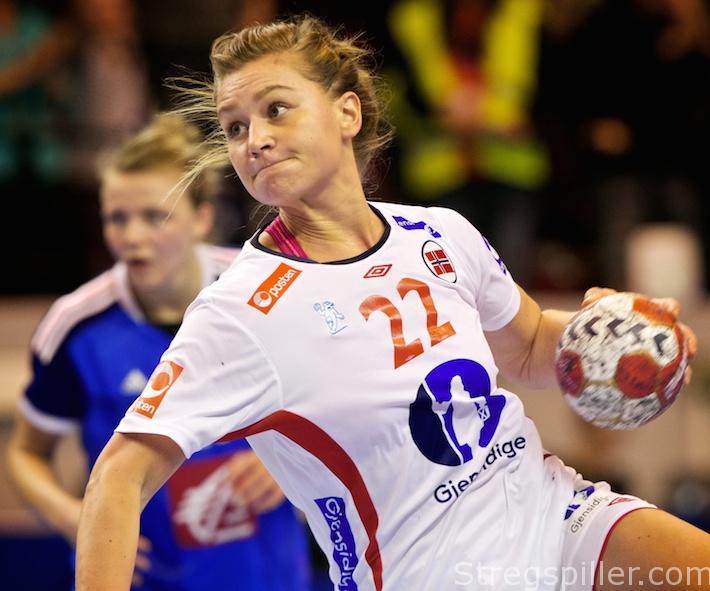 In our Women´s Champions League preview series, we look at Group D, where 2011 champion Larvik is trying to fill the gap after losing star player Nora Mørk.

Nora Mørk’s departure to Gyor is a heavy loss for Larvik.  During her seven years with the club, the right-back and Norwegian international developed into a key player that will be dearly missed.  In Gyor, she is seen as the player who will bring back the Champions League trophy to the city in the north-western part of Hungary.

In Larvik, they have to find new ways to fill the void that Mørk has left.  It might have been an obvious choice to try and secure the signature of former Larvik player, Linn Jørum Sulland, who Mørk has replaced in Gyor.  However, Larvik did not make a bid for Sulland, maybe because of a lack of money.  Financial trouble has been haunting the club or several years now – and Sulland joined league rival Vipers Kristiansand instead.

Amanda Kurtovic, who is injury free, appears to be the apparent successor to Mørk on the right-back position.

Left-back, Polish international, Alina Wojtas is back from her long injury break, and if she can get back to her level of play before she tore her anterior cruciate ligament, she will certainly contribute to Larvik’s shooting power from distance.

Wojtas will have a brilliant backup in Kristine Breistøl who already did well in several Champions League matches last season, and who had her debut with Norway’s national team in the recent Golden League tournament in Denmark.

The veteran couple, Anja and Gro Hammerseng-Edin is also still going strong, and their experience will come in handy once the going gets tougher.

Larvik’s left wing seems to be in good hands with Sanna Solberg and Nora Mørk´s twin sister, Thea.  Latter one also had her national team debut this past weekend.

Other veterans such as line player Marit Malm Frafjord and right-wing Linn-Kristin Riegelhuth Koren complete a rather solid Larvik team together with a reliable goalkeeping duo, consisting of Sandra Toft and Alma Hasanic.

An almost all Scandinavian group

An almost entirely Scandinavian group with short road trips – a group that Larvik should be able to win, even without Nora Mørk.

Later Larvik will run into teams like Rostov-Don, Gyor and CSM in the main round; still the club from Norway’s south coast should have a chance to go one step further.

Larvik will make it to the main round as well as to the quarter-final – but that’s it.  In the quarter-final, opposition will become too tough to handle, and a FINAL4 appearance will remain a distant dream in 2016/17.

It will be really interesting to see, if Wojtas is back at her level from before her injury break.

If she is, the 29-year-old Polish international´s shooting abilities will contribute greatly to Larvik´s backcourt line and improving the team’s overall performance.

Taking over from Nora Mørk is a tough burden, and of course, no one can expect Kurtovic to become a new Mørk.  Yet, the 25-year-old should be able to cover the right back position successfully.

Her two years in Danish Viborg from 2012 to 2014 were no success, but she is blooming once again after returning to Larvik.  She will definitely be a key player this season.

30-year-old Frafjord is still one of the players, who coach Tor Odvar Moen can heavily rely on.  Not only is she still an excellent line player, now that she is injury free, her qualities in defense maybe even more important to the team this season.