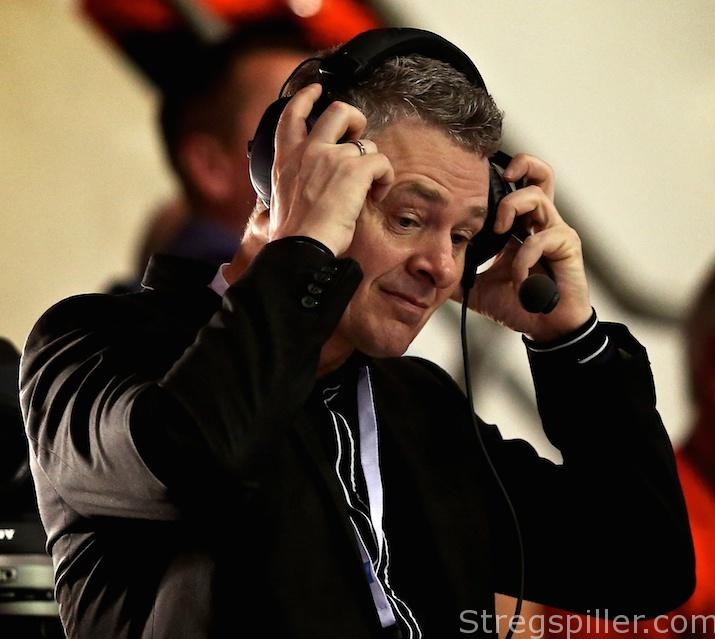 While some countries in Europe enjoy bragging rights of hosting the strongest handball leagues – Germany (men) and Hungary (women) – hardly anywhere is the sport covered more extensively and discussed more intensely than in Danmark – on a daily basis.

Bent Nyegaard, Tina Mueller, Lars Bruun-Mortensen, Stine Bjerre Jorgensen are only some of the journalists that represent the tip of Denmark’s formidable (handball) media iceberg, covering the domestic and European handball scene.  On the forefront of all – TV2’s Thomas Kristensen.  He has called countless games on the men’s and women’s side and looks ahead to yet another extraordinary VELUX EHF FINAL4 2017.

Meanwhile – can the status of the VELUX EHF FINAL4 be compared to a European – and/or World Championship?

TK:  National team is one thing and club team another thing.  I find it difficult to compare.  But, I note that for many players, the season’s big goal is to win the Champions League.  Right now, it’s probably the hardest tournament to win, as you have to perform over such a long period of time and then hit an extreme level on the final weekend.  It’s a tough combination.

TK:  PSG is my favorite, based on the number of extraordinary players.  The team is built to peak right now. But I’m excited to see if the World Cup title has taken a toll on the French players.  I only have them as a “weak” favorite, because all teams coming to Cologne are amazing.

Which team is the underdog?

TK:  It’s a little odd to have FC Barcelona as an underdog.  They are hard to describe because they are not being pushed in their domestic league.  It must give them a physical advantage that can be crucial.  And they may have the world’s best goalkeeper, right now.

Who – in your opinion – will become the dominant player of the 2017 VELUX EHF FINAL4 and who will be the one that will surprise all?

TK:  Perez de Vargas in Barcelona’s goal may experience a very big weekend.  I still think he’s underestimated, but if he hits his top level, he can win the Champions League for FC Barcelona.  I find it difficult to emphasize a single player who will surprise.  To me there are no surprises when you reach Final4.  Only the best make it there.

To me the VELUX EHF FINAL4 is …

TK:  … an extraordinary event.  I am impressed with the final weekend that has been set up in Cologne.  But at the same time, I am also worried about the development of the hole tournament.  How long can players stay in this extremely hard format?  The expansion of the Champions League has both – a plus and a minus.