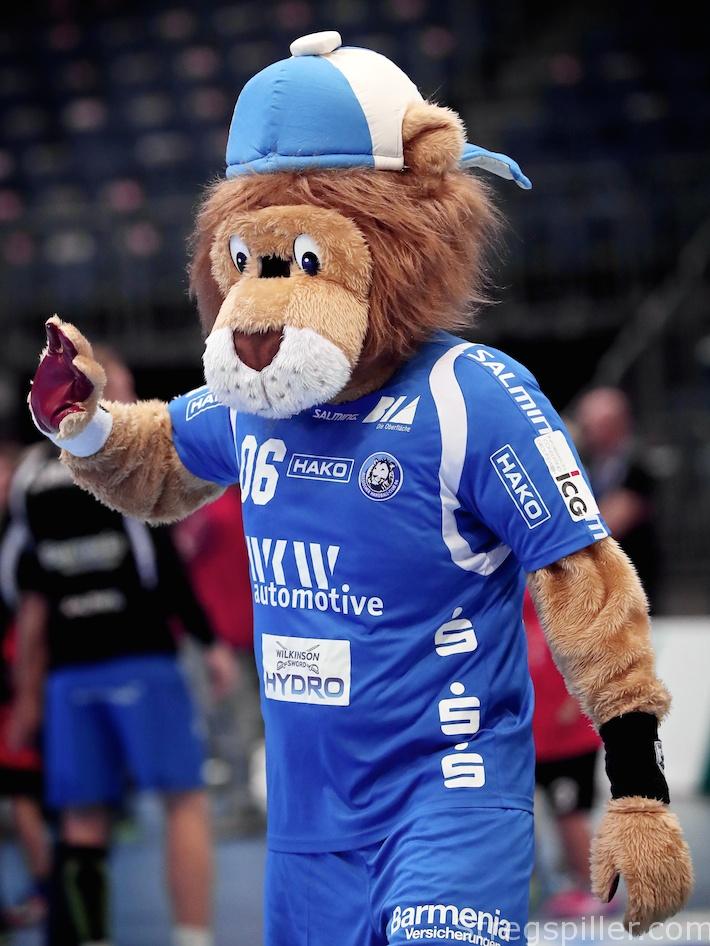 Living on the edge

Usually you can read a great deal about the best teams and players in all kind of sports, handball is no difference.  A lot of stories have been written about FC Barcelona, THW Kiel or MKB Veszprem.  Even more stories have been published about Nikola Karabatic, Aron Palmarsson or Momir Ilic.  But only a few stories are written about the smaller clubs or the less famous players. Last Saturday, I travelled to the South of Germany to attend a game between HBW Balingen-Weilstetten and Bergischer HC.

After eight games only two points separated both sides – Balingen sat in 17th place, while the BHC was in 14th position, a spot that the club would accept willingly at season’s end.  It was the first time I made the trip to Balingen, because it’s not quite around the corner and you do need a whole a free day to accommodate for traveling.   Finally, I took the chance to feel the legendary atmosphere at one of the most mythical places of German handball.

With a capacity of just 2,311 seats, the Sparkassen-Arena is the smallest hall in the whole league; still a lot of big teams, including Kiel, have made the trip back home empty-handed in the past.  After a very slow start to the 2016/17 season the pressure was all on the hosts before beating Hannover-Burgdorf recently.  The guests were able to get five points out of the last four matches despite a series of injuries, which led to a comeback of Viktor Szilagyi, who had retired in the summer.

It was a crucial game, to say the least, but the guests decided to try their luck without Szilagyi – to cut a long story short, he was missed desperately.   Sure, all injured players were back in business, but his leadership and vision were second to none in the league, especially during his prime.   It’s extremely difficult to follow into the footsteps of a legend.  Just ask Wael Jallouz, who replaced Momir Ilic in Kiel two years ago.  In contrast to THW  – a team that has plenty of leaders – BHC has nobody to replace “Figo”.

Balingen, meanwhile, tried to stir up the emotions ahead of the game, as the home crowd is known to be a decisive part of the club’s success.  HBW is part of the DKB Handball-Bundesliga for the 11th year in a row.  The organization seems to be the last representative of all small clubs, which used to rule the league, like Großwallstadt, Hameln, Niederwürzbach or Leutershausen. Yes, some of those places don’t even have their own highway exit, but they were part of the best league in the world at some point.

Even though Balingen is somewhat the last warrior standing, it’s great to see those teams being able to survive.  But it’s getting harder for them year by year.  New squads like Erlangen or Leipzig are coming up and play in big and modern arenas.  But HBW is experienced in fighting against relegation and that’s why it’s no surprise that the team knows how to play under pressure. Bergischer HC learnt all about it, as Balingen didn’t show any signs of nervousness.

Before and after the game I talked to various people from both sides, including journalists, managers and players.  While you could feel the importance of the match from the journalists – most of them are emotionally connected to the teams, writing for local papers – the respective managers appeared to be less anxious, while the players were the most relaxed.

The observations strengthened my feeling that the people off the court are the most involved emotionally, because they hardly have any influence on the game itself, except for the club managers.  Balingen’s Wolfgang Strobel was standing right behind me and looked quite relaxed throughout the whole 60 minutes.  But the smile on his face after his team’s victory revealed the whole truth.  Meanwhile Viktor Szilagyi, back in his role as the BHC’s sport director, was as cool as he always is.

Living on the edge just isn’t a lot of fun.  But sometimes, I think, it gives you more joy and satisfaction if you win the fight against relegation, against teams like Balingen, Nettelstedt or Friesenheim.  Sure, winning trophies with Kiel or Flensburg should be a lot of fun as well, but I think the pressure is probably a bit less, because one year without a title isn’t nice, but you can easily move on. But being relegated to a lower league has been the end of the story for many clubs, many times.

For sure, Balingen won’t stop fighting.