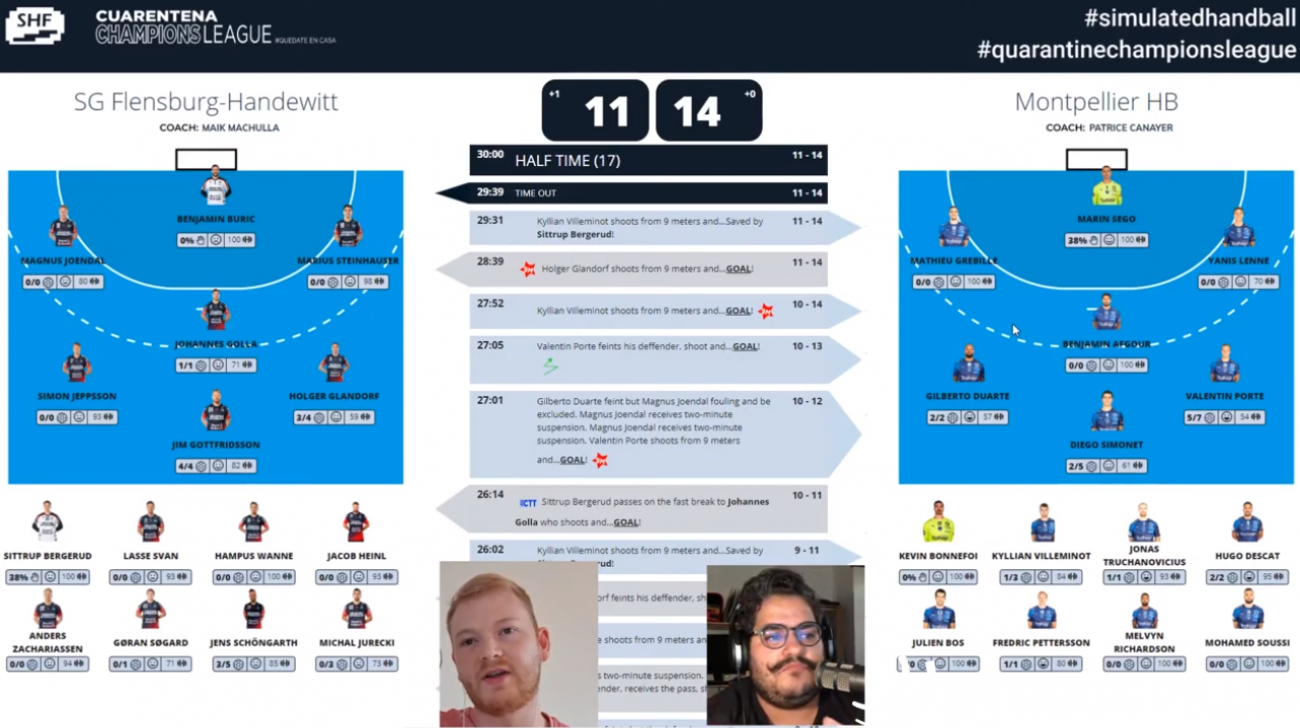 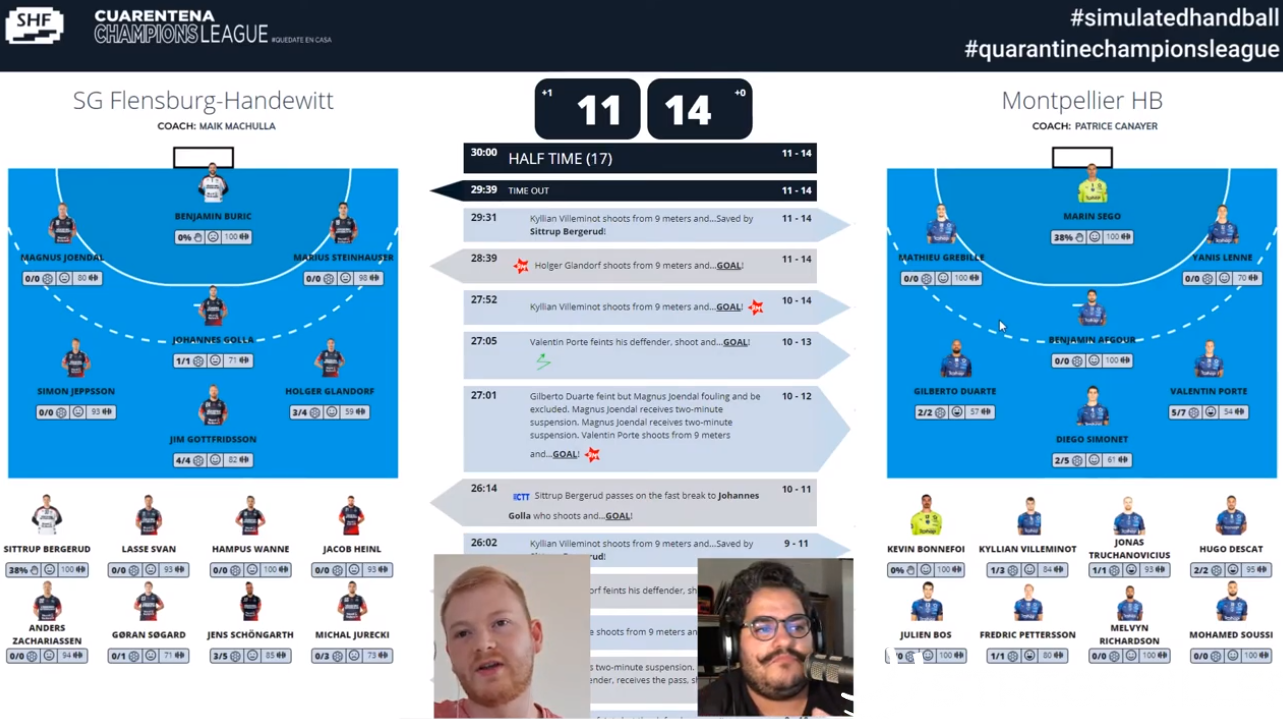 While the handball world had come to a grinding halt due to the current global health crisis, we will never know how this season’s major competitions would have played out.

This time has already proven to be challenging and the full extent of the damage on all levels of the sport is difficult to stomach. However, times like these also foster innovative thinking and this is what we’ll be celebrating in this article.

Not satisfied with simply allowing this handball season to fizzle out, Pablo Blanco has taken matters into his own hands – creating a handball simulation. The first test of his invention is the men’s Champions League, where the competitions remaining 14 teams are battling it out for virtual glory.

Blanco drafted in Spanish commentator Paco Caro to give the simulations extra life and after a successful start to the project, an English version of the competition was launched on Wednesday with yours truly and Marcio Menino on the mic.

“Since matches were cancelled, I had more free time and decided to create a handball game, but only thinking about playing with friends.

“While I was testing it, the idea to put the characteristics of real players and simulate the Champions League games came to mind,” explains Pablo Blanco, who is an active coach with Spanish club Balonmán Cañiza.

The Simulated Handball Federation’s opening game between Flensburg and Montpellier was an instant classic, which went right down to the wire and then offered a surprising and amusing twist worth watching until the end for and Pablo is satisfied with how the competition has begun.

“I’m happy with the results so far. The objective was always to have a good time and enjoy handball with other people and I think we are achieving it.

“One of the best characteristics of the engine is that it’s very sophisticated and I have to say that I don’t understand some of the performances. Sometimes things happen which I don’t expect.

“Furthermore, we have found some issues that we have to resolve, but overall the simulation works quite well.”

Simulated Handball Federation matches are scheduled every three days on Pablo’s YouTube channel, leading up to the FINAL4 on 23/24 May, but the digital handball entertainment may well continue beyond that.

“I have some ideas but it all depends on the time I have to carry them out and the response to this project.

“One of them is to stimulate the women’s Champions League, another possibility is to create a computer game – this was the first objective, so maybe I’ll do it,” concludes Blanco.