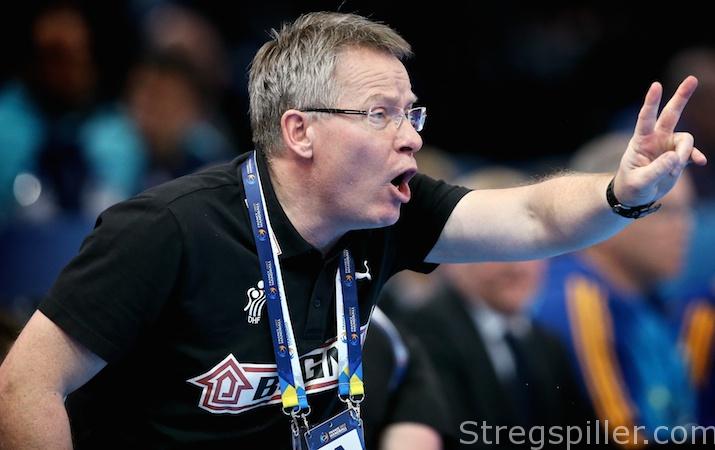 This month 50 years ago, Denmark celebrated their first medal in men´s handball.  The anniversary was “celebrated” with the worst result at a major championship in the past 12 years.

Denmark’s premature exit in the round of last-sixteen against Hungary was not as surprising as some people think.

Almost 50 years ago, Denmark´s men’s handball team won their first medal ever.  At the 1967 World Championship in Sweden, Denmark won silver after losing the final against Czechoslovakia 14:11.

No, it was not the half time tally, but the final result.  Back then not many goals were scored in handball and the pace of the game was considerably lower as well.  On their road to the final, the Danes had accomplished two sensations by defeating Yugoslavia 14:13 in the quarter-final and the Soviet Union 17:12 in the following round.

But in the final in Västerås, on Saturday January 21, the Czechs were too much to handle for the Danes and so was Hungary, almost 50 years later at the 2017 World Cup.

Eliminated in the round of last sixteen, Denmark achieved their poorest result at a major championship since the 2005 World Championship in Tunisia, where they did not even manage to emerge from the group stage.

“I did not see this coming.”

The sentence was heard again and again from Danish journalists and other experts after Denmark´s 27:25 defeat to Hungary, in Albertville, on Sunday afternoon.

I beg to differ.  While I cannot say that I was expecting a Danish defeat, I wasn’t deeply surprised either.  It was as if the Danish team had been “building up” to their failure.

Aside from the first two matches, Denmark did not show me much that made me believe in the squad’s potential or to go far in this World Championship.

As Olympic champion, Denmark – quite naturally – were rated among the favorites in France, and at the beginning of the competition, they seemed to live up to expectations.  But it did not take long before lack of rhythm, timing and even spirit gave cause for concern.

A fine start, but that was it

In their first two group matches, against Argentina (33:22) and Egypt (35:28) the Danish team showed a fast and elegant play of attack that gave all Danish fans reason to believe in an excellent championship.  However, it did not take long before the alarm bells went off.

The first signs of lack of stability were seen in Denmark´s third match against Sweden.

Denmark did win, 27:25, but only courtesy of a marvelous performance by Niklas Landin in goal.  His teammates were in trouble against their Scandinavian neighbors who were better in defense as well as in attack.

An old saying goes that it takes a good team to win on a bad day, but not even such basic wisdom could excuse the terrible effort against Bahrain in the following match, a game that Denmark only managed to win (30:26) after plenty of trouble with the Arab nation.

Things did not improve significantly in Denmark´s last group match against Qatar.  To some extent, the poor performance could be excused by the fact that the match had no significance with regards to the up coming knockout phase, and Denmark was resting Niklas Landin, Mikkel Hansen, Kasper Søndergaard and Henrik Toft Hansen.

Still, the Danes did not exactly boost their self-confidence by trailing most of the game before recording a 32:29 victory in the end.

Following three questionable performances in a row, the Danes never seemed to realize that it was do-or-die against Hungary. Simply put – they did not appear to be mentally prepared.  Denmark was too slow at both ends of the court.

Throughout 60 minutes, they had huge troubles with Hungary´s quick defense formation and Denmark´s offense suffered from almost complete lack of speed, rhythm and ingenuity.

In defense, it seemed as if the Danes were completely unprepared for Mate Lekai.  Something hard to imagine considering how thorough and careful coach Gudmundur Gudmundsson prepares for a game.   But as a matter of fact the Veszprém playmaker was allowed to do as he pleased for most of the time.

The Danes were not able to get their game going in their last three group matches, and for this reason it really did not come as a big surprise that they did not manage to find a solution in the knockout phase of the tournament.  It certainly can be difficult to get back to your level, once you have lost it.

Hungary played a fine game of handball, and they were good at converting on the chances they were handed by the Danes.  Still a motivated and alert Danish team should not get in trouble against a squad such as Hungary.

Did Gudmundsson´s decision to step down as head coach play a part?

It’s hard to imagine.  The Icelander is a professional and very much committed to his work and there is little doubt that he wasn’t motivated as usual.

It’s even more difficult to expect that his decision could have had an influence on the player’s motivation.  World champion is the only title Denmark wasn’t able to win so far.  The fact by itself should be sufficient motivation for any player.

It was his task of making sure that his players were sufficiently prepared, tactically as well as mentally.  And it was obvious that they were not.  Gudmundsson has to take part of the blame.

Denmark’s poor showing has certainly provided more fuel to all the critics who have been claiming that he never was the right man for the job to begin with – Olympic gold medal winner or not.

Will Gudmundsson be sacked?

Probably not.   It is a big question if Nikolaj Jacobsen would be able to take over now already as it will take some time to arrange things with his club, Rhein-Neckar Löwen, where he will be carrying on as head coach until 2019, next to his duties as Danish national coach.

And it would definitely make no sense to hire a temporary coach for remainder of the season.  Who would be interested in such short-term assignment anyway?

Furthermore, there is not much at stake for Denmark for the rest of this season.

The Danes will face Hungary two more times in the spring, in qualification matches for next year´s European championship.  But even if Denmark would lose both games, it is almost impossible for them to not qualify with the Netherlands and Latvia being the other nations – two teams that Denmark defeated already once.

Of course, it may harm Denmark’s seeding in the final round in Croatia, in a year’s time, if they only finish second in their qualification group.  But even this result is unlikely to cost Gudmundsson his job before time.

Even though he is partially responsible for Denmark´s poorest championship performance in the last 12 years, letting him go now would only complicate matters.