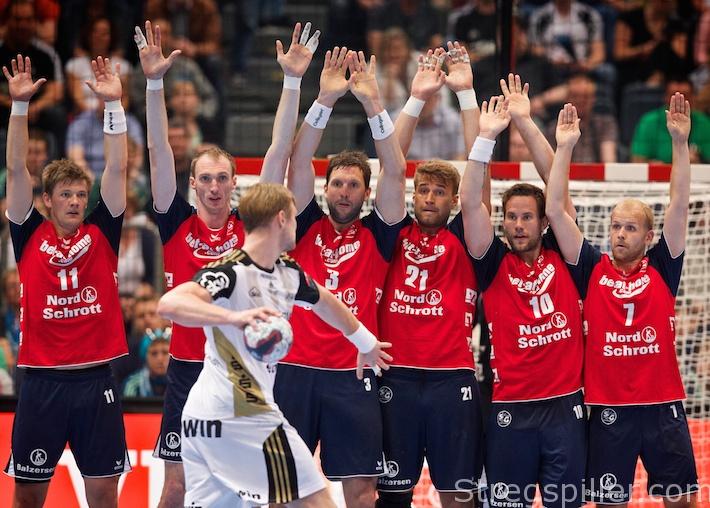 The long road back

Jacob Heinl is known as a hard-nosed defensive stalwart and he has done the job at the same club – SG Flensburg – for over 20 years.  But for more than one year he was out because of a nagging back injury that was caused by the Coxsackie virus.  As I didn’t study medicine, I will spare you the details, and focus on the fact that Heinl didn’t know when or if he would ever be back playing handball for his beloved club.

Let’s talk sports first.  You’re currently in first place in the German league.  Is the chance of winning the title as big as ever?

JH: Probably yes, but there are still twelve games left to play and that’s a lot.  We have to stay focused and concentrated.  There are a few tough road games waiting for us – so nothing is decided yet.

Talking about what’s ahead, you will get a new coach in the summer, as Maik Machulla will replace Ljubomir Vranjes. Did the team have any say in the decision and what kind of consequences will the change have?

JH:  No, we didn’t have a say.  I think the people in charge know that Maik has done a great job as assistant coach and that we are happy to work with him.  Indirectly we might have influenced the decision.  I wasn’t asked what kind of coach I wanted to have. But I think the most important point was the way we play handball and that Maik shares this philosophy.  We play a very attractive handball and that was probably the key factor.

What are the biggest differences between the two when it comes to their character?

JH:  I think in Ljubo you can feel the Balkan roots – Maik obviously doesn’t have that.  Ljubo is the more animated one of the two and can get quite loud at times.  But both are very honest and cool guys.  Ljubo’s temper is just a bit hotter than Maik’s.

Obviously Ljubomir Vranjes is a great coach, but you also experienced some outstanding players.  One of them is Michal Knudsen.  What did you learn from him in particular?

JH: I guess getting rid of the defenders is the one thing I learned from him; trying to push the defender away with one hand and catching the ball with the other.  I also tried to learn how to move into the open spot at the right time, because his timing is just perfect.

Actually you’re playing for “your” club.  Are you living a dream?

JH: Absolutely, yes. I was standing right there between all the other fans when I was a youth player.  I always dreamt about playing for my team and it’s crazy that I was able to do it more than 300 times by now.

Your dream, though, was turning into a nightmare.  You were out with a back injury after suffering from a virus.  What exactly happened?

JH: I caught a virus and although it went away relatively fast it had already caused strong pain in my back.  Every time when I put some weight on my body it caused pain.  I even had problems putting on my socks.  After some time it got better, but I wasn’t able to run.  I trained in the gym, but running wasn’t really possible either.

What was the bigger problem for you – not knowing if you would be able to play again or your impatience, wanting to get back on the court because it’s your passion?

JH: It was very tough.  A lot of doctors told me that I would never be able to play handball again.  But I still believed in myself and I wasn’t prepared to leave the sport just like that.  There was no timetable for my rehab and my return to the pitch was a major problem.  But I’m extremely grateful to my teammates, the coaching staff and the club that nobody pressured me at all and that I was given all the time I needed to come back.

How did you escape the mental hole?

JH: As I said the people around me provided a lot of support.  And it was very important that I was able to take my time out from handball and put some distance between me and the daily business of the sport.  Lasse Boesen’s example gave me a lot of hope, because he had the same problem and showed me that it was possible to come back.  So, I always believed in myself.

Not giving up after such a difficult time does it mean that you will play some more years and then take on a job at the club?

JH: Actually, I don’t think about it at all.  It will depend on my body and my performance.  I can’t predict how it will all turn out. I don’t have a long-term plan and prefer to act spontaneously.