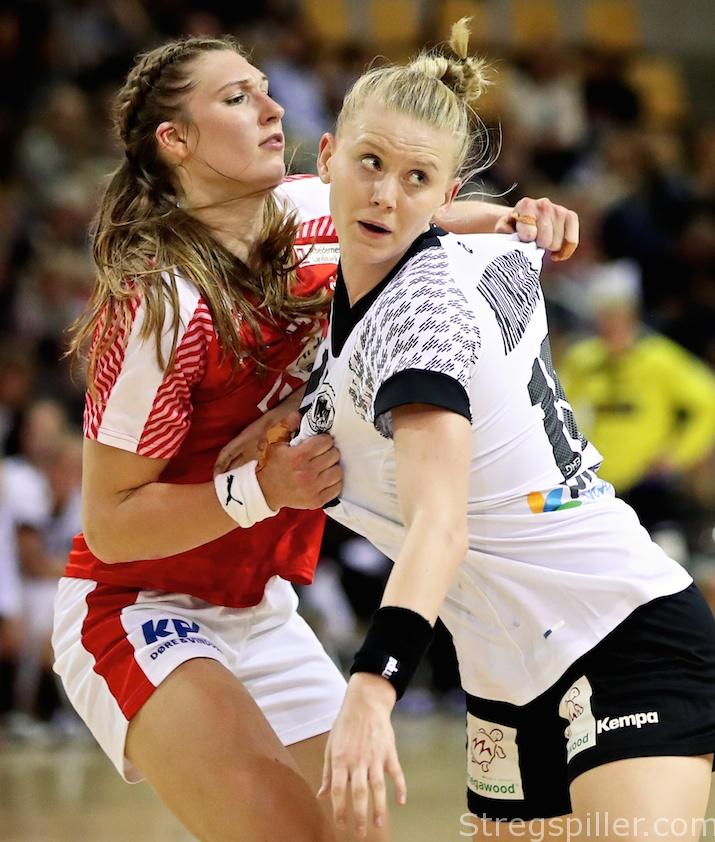 “We are looking forward – a lot”

While the 2017 World championship on home soil is getting closer and closer for German international Kim Naidzinavicius, there still are some interesting and equally important tasks ahead of her, in the coming weeks.

SG BBM Bietigheim is set to participate in the EHF Champions League for the very first time and the squad will travel to Podgorica, facing two time champion, Buducnost, in their opening match.  I talked to the playmaker about the debut on the European stage and the most recent performances of the German national team.

First of all, do you think the club is on the same level as last season when you won all games in the national league and reached the final of the EHF Cup?

KN: Tough to say.  In the first game we didn’t play the way we did last season.  And we also had a short break because of qualification matches with the national team.  Now, the Champions League is about to start and we just have to play up to our potential. I hope we will do so on Saturday.

What do you expect from the game in Montenegro?

Will it be a disappointment for you if you don’t finish in third position and advance to the next stage?

KN: I think that’s difficult to say, right now.  We don’t exactly know how strong our opponents will be.  We need to find our way into the Champions League and gain some experience.  Then we have to see how it goes and hopefully we will advance.

We also have to talk about the national team – you drew against Lithuania and won in Turkey.  Still, just three points from these two matches is not what you had in mind – correct?

KN: That’s true, we hoped to win both matches, but we have to recognize that we didn’t play well against Lithuania.  We were lucky to get one point.  But it’s nothing we have to worry about too much because I hope we can make up for it in the next matches, in March.

Are you feeling the pressure of a looming World championship during matches like the one against Lithuania?

Isn’t it tough for you to not think about the World championship in your own country, especially when considering the upcoming matches in the Champions League?

KN:  What does “tough” mean?  Sure, I’m looking forward to it (the World championship ed.), but I’m also eagerly anticipating my first ever matches in the Champions League.  I’m looking forward, but at the same time I know it’s still far away – sort of.