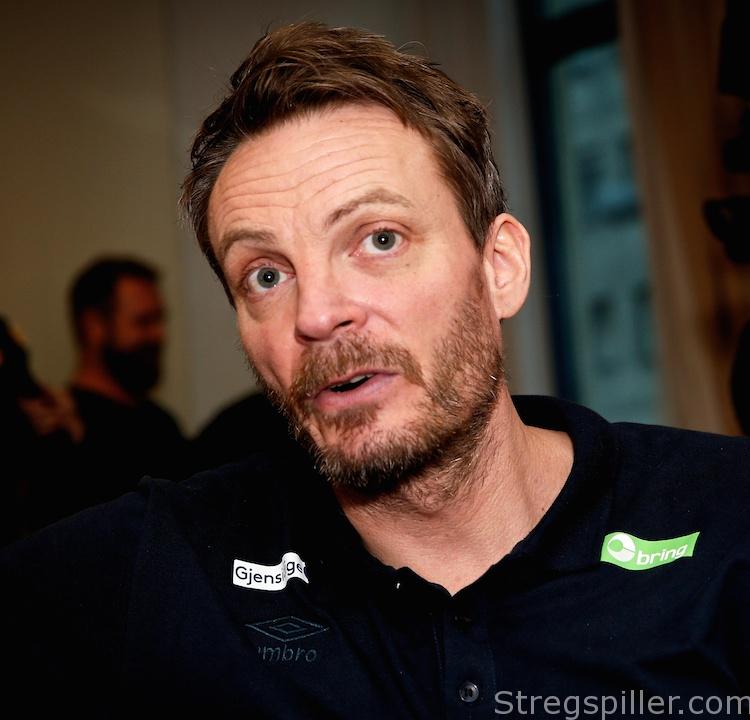 “We have lost the wrong matches”

INTERVIEW – Norway´s national coach Christian Berge acknowledges that his team lost the two matches they could not afford to lose at the 2018 European championship – against France and Croatia. It’s the reason, why Norway only have a very thin and theoretical chance to reach the semi-finals.

“We have lost the matches we could not allow ourselves to lose.”

Norway´s national coach Christian Berge does not have to hesitate for a second when asked, how his team got into this situation, where they only have a theoretical chance left to qualify for the semi-finals at the 2018 European championship, in Croatia.

“We knew in advance that we would have to win one of the two matches against France or Croatia in order to stay in the race for the semi-finals, and those were exactly the matches we lost. We are paying the price for it now,” Christian Berge tells stregspiller.com.

“We failed against France in our first match and lost, although we had a real good chance to defeat them, and I also think that we a good chance against Croatia, where we lost because of our own mistakes.

“That’s basically the reason why we find ourselves in this difficult situation, right now,” says Berge who would still qualify Norway’s efforts at this championship as OK, even if not reaching the semis.

“When I look at our performances, I think that we took a step forward even though we did not get the results we were hoping for.

“Of course, we want to be a team who are in the race for a semi-final berth in all major championships. But at the same time, there are qualifiers for the World Championship coming up and we will need to get as good a seeding as possible,” states the former playmaker of SG Flensburg-Handewitt and the Norwegian national team.

Being used to success

Since he took over as national coach, Norway’s men´s team has grown used to success.

It all began with a surprising semi-final berth at the EHF EURO 2016 in Poland and continued, when Norway reached the final at the World Championship in France, a year ago.

Failing to qualify for the Rio 2016 Olympics – against strong opposition such as Denmark and France – has been the only disappointment during his period at the helm of Team Norway.

Norway’s men may not have stepped out of the shadow of the country´s women’s team yet, but they are getting close.

“The secret has been hard work over a long time.

“A lot of things have been done right.

“We have introduced a new culture to the team and we are trying slightly different methods of how to solve things.

“Apart from that, many of our players play in central roles in good clubs around Europe. All of it has been important for our progress,” finds Christian Berge.

Norway´s fine performances at two out of three major tournaments have changed the perspective of many. No longer is the Scandinavian team considered an outsider when Europe’s top handball teams meet. Such expectations usually lead to pressure.

“It’s is a kind of pressure, we live with very well.

“We also expect a lot from ourselves and we are certainly not pleased with losses.

“In fact, I think the pressure we put on ourselves is just as big as the one we get from the outside world,” he says.

Whether Norway will reach the semi-finals in Croatia or not, life will go on and so will handball.  According to Christian Berge, life for men´s national team handball in his country will be fine.

“There are plenty of younger generation players with a lot of potential coming up,  who train very well and who play a bit like we do in the senior team.

“In fact, we have already picked a few of those (players ed.) for the senior team.

“Considering the flow of talent that we have been seeing in Norway over the past years, I see a golden future,” says Christian Berge. And of course, it’s a big advantage that he himself had a career as a handball player on the top level, unlike many other coaches.

“It has given me some of useful experience, which comes in useful today when deciding how I want to solve things.

“I have been very fortunate having worked with very good coaches myself through out my career and I have learned a great deal from all of them.

“I have simply adopted the elements, that I consider to be best and added a bit of my own philosophy,” explains Christian Berge.