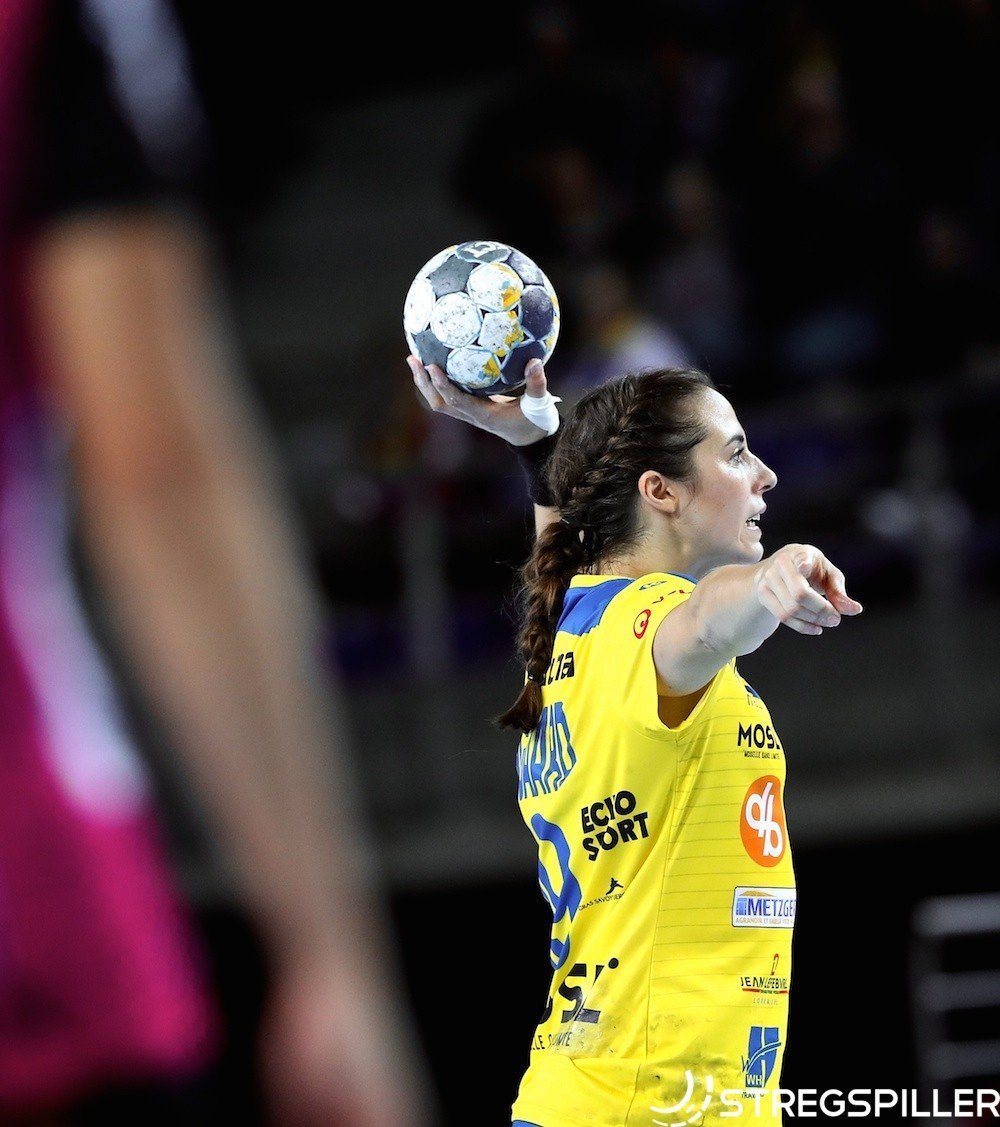 It was a festive atmosphere in Rostov-Don. A choir sang the EHF anthem and the President of the EHF, Michael Wiederer and David Slezak of EHF Marketing were in attendance for the Match of the Week, in the Women’s Champions League. At stake: An early qualification to the quarterfinals of Europe’s premier handball competition.

Metz had arrived in Russia without the recovering Laura Glauser (goalkeeper), Xenia Smits (back court) and Manon Houette (left wing), while Rostov’s coach, Ambros Martin, did not have to deal with such a severe handicap.

Missing three key players, no goals from Grace Zaadi, a red card for Orlane Kanor in the first half – yet, the French champions decided the highly anticipated match in their favor – 29:24 (11:11). How did it happen?

Despite the disadvantage mentioned above, Metz had the better start in the match and were leading 3:1 after 10 minutes. Rostov’s game plan appeared all too predictable as Anna Vyakhireva was sought but not often found during a hectic opening phase. On the other side, Metz burnt a number of wide-open shots (Perederiy, Smeets, Maubon) and Rostov was lucky to not trail by more than two goals.

Still, by the middle of the half, the Russian champions had reversed course and enjoyed a narrow advantage, courtesy of back-to-back goals of left wing, Kristina Kozhokar and a strong performance of Julia Behnke on the other side of the court. As both coaches began rotating their starting line-up’s – Anna Sen replaced Kseniya Makeeva and Astride N’Gouan substituted for Olga Perederiy – neither team was able to pull away.

Instead, Anna Sedoykina stepped up in Rostov’s goal (42% save rate in 1st half) and Orlane Kanor (Metz) got into foul trouble, leaving the game with a red card just before the half time break.

Metz opened the second half with two players down and Laura Flippes as right back! Yet, Rostov was unable to seize the momentum as the aforementioned Flippes quickly scored twice. Metz had assumed the lead for good and would not look back.

Rostov’s offense appeared unorganized, lacked clarity and the team played with no sense of urgency until very late in the game. As head coach, Ambros Martin (Rostov), began rotating his bench more frequently it did not achieve the desired results.  Whenever his squad turned over the ball, Metz was quick to run their counter attacks.

Midway through the second half, the visitors had built a four-goal advantage (22:18, 46th minute) and despite changing to a 5:1 defense formation, Rostov was unable to break the rhythm of the game.  Although, for a moment it looked like the sheer willpower of Anna Sen could give the match a different direction.  Changing goalkeepers may have been an advisable option at this stage of the match, but it did not happen until later. Too late as it turned out.

There is no “I” in team. The old adage came to mind as the game progressed. Rostov kept looking for Anna Vyakhireva to step up, but Metz denied this option more than once. With their most lethal weapon neutralized the rest of the team was unable to apply the necessary pressure to secure the much needed win.

Metz had arrived extremely well prepared to deal with an opponent that looked much stronger on paper in the heated atmosphere of Rostov’s Palace of Sport.

Kudos to Emmanuel Mayonnade and his coaching staff as his squad delivered a brilliant performance and whatever coach Martin (Rostov) tried, Metz had an answer for it. It was a memorable Champions League afternoon in Rostov-Don, as both teams walked away with valuable lessons.

stregspiller’s Player of the Match

Team Metz! Yes – Louise Burgaard, Laura Flippes and Astride N’Gouan scored 15 of the 29 goals and Grace Zaadi showed why Rostov can look forward to her services as of next season, but it was a truly outstanding team effort that led Metz to an early quarterfinal qualification, in a very tough Group 1 of the 2019/20 Champions League.