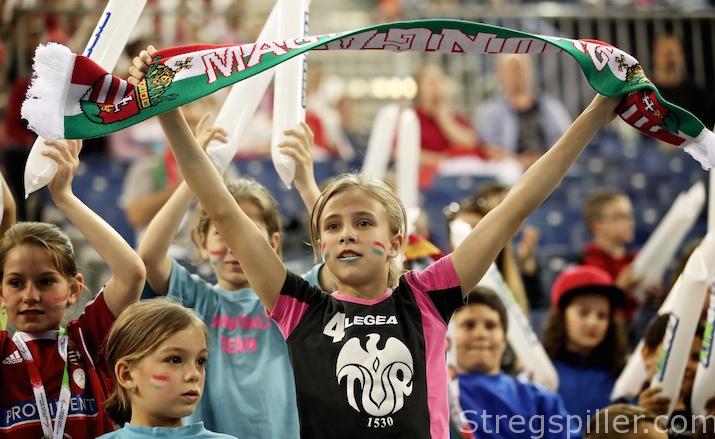 PREVIEW – This upcoming weekend, stregspiller.com will report from Debrecen about the Hungarian Women´s Cup final – the Magyar Kupa.

Before game action kicks into high gear, let’s take a closer look at the prospects of the teams involved.

In more and more countries the national cup competition is decided in a Final4 format and Hungary is no exception, as the winner of the Women´s Magyar Kupa will be determined this weekend.

It all takes place at Fönix Hall (Debrecen), a familiar venue for handball fans in Hungary and beyond. Already, in 2014, Debrecen was the host town for the Women’s European championship during the preliminary- as well as the main round.

The four teams that will sort out the winner include two, Hungarian handball, heavy-weights – Györ Audi ETO KC and FTC-Rail Cargo Hungaria – in addition to Érd and Dunaújváros KKA, currently ranking third and ninth in the Hungarian league.

On paper the draw has been a very fortunate one, when taking the perspective of Györ and FTC,  as the two favorites avoid each other in the semi-final, paving the way for a dream final between the two rivals.

On Saturday at 13:00 hrs, FTC and Dunaújváros will open the affair in the first semi-final, followed by Györ versus Érd at 16.00 hrs.

Some people will miss the EHF Cup semi-finalist, Siófok KC, but the team with players from 10 different countries were eliminated by Dunaújváros already in the Round of Last 16 – a first surprise.

Now, the question is if there’ll be more unexpected outcomes this weekend?  Cup games are known for having a life of their own and often do not follow conventional wisdom.

Györ and FTC hardly need further introduction, as both teams are well known to those who follow women´s handball on a regular basis.

Obviously, Györ is the most prominent club amongst the four contenders, as a four time Champions League winner.

So far, FTC have been less successful on Europe’s biggest handball stage, but the team made it to the quarter-finals almost every year.

At this point, we do take note that the only two points, Györ have given up in the 2018/19 Champions League season thus far, were against FTC after two draws with the exact same result – 32:32.

Even without key players like Dora Hornyak (pregnant) and Danick Snelder (injured), FTC have left a strong impression in the domestic league as well as on the international stage and there is no doubt that the club from the Hungarian capital is the odds-on favorite in their semi-final clash against Dunaújváros, just as Györ are against Érd.

On occasion Érd and Dunaújváros have made an appearance on the European stage as well, but neither club has come close to the success of Györ or FTC, in recent years.

But, if we go back 20 years, we learn that Dunaújváros actually won the Women´s Champions League once. In 1999, they lifted the trophy, when the club was known as Dunaferr.

More recently, they proved to be superior in the EHF Cup in 2016, when they defeated TuS Metzingen in the final match.

Érd and Dunaújváros also participated in the EHF Cup this season, but both teams were eliminated in the third and final qualification round for the group phase.

On Saturday, the first semi-final match will be a special experience for one player, as 19-year-old right back, Katrin Klujber, was representing Dunaújváros until late last year.

At that point, she joined FTC where she enjoyed instant success, scoring 44 goals in the main round of the Champions League.  Considering her current form, she will be one the many exciting players to watch out for.

At age 17, Klujber was already part of Dunaújváros’s team that won the EHF Cup in 2016.

Most of the pundits have made up their mind and view Györ as the team to beat, with FTC a close second.

“Of course, our goal is to win the Cup, but before we even think about it, we must focus on the semi-final against Érd, which may be just as difficult to win as a (possible ed.) final.  Right now, we only think about our first game, Danyi tells stregspiller.com.

“In a FINAL4 format, it’s all about which team is more determined and who can recover faster and is better prepared for the last match.

“Perhaps, Ferencváros (FTC, ed.) will qualify for the final, but DKKA is a great team as well, so it won’t be easy for FTC.

“In any event, I foresee a tough final,” Gabor Danyi adds.

To no surprise, Gabor Elek, head coach of FTC, also expects a final match between his team and Györ.

“If everything goes well, we’ll play against Győr four times in two and a half month – it really is a special period for us.

“Of course, our first goal is to beat Dunaújváros.  We should not underestimate this team and if we do not concentrate 100%, the match will become very difficult.

“The Cup FINAL4 is a special event, as we have to play two matches in two days, the same format as in Champions League. We try to do our best, as we would like to be the team that lift’s the trophy in the end,” says Gabor Elek.