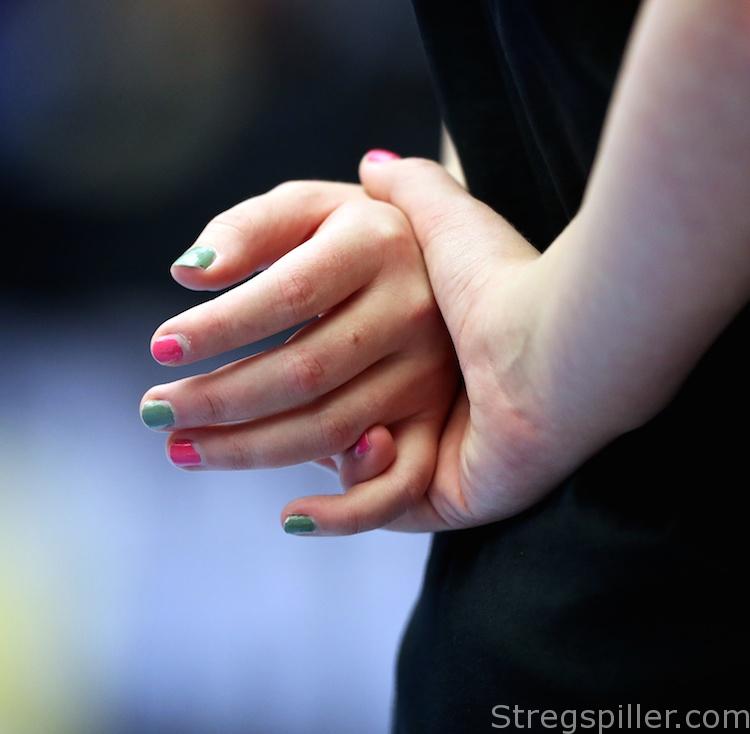 The difference-makers in the play-offs

As we enter the knockout phase of the DELO EHF Champions League, here is a look at each of the eight ties, taking one key factor which could provide their team the platform to a place in the quarter-finals.

There’s no two ways about it, Krim are a weird team to be facing in the Last 16. Having won three of their seven group phase points against Rostov-Don, it’s clear their style of play suits facing and bothering high-quality opponents. The Slovenian side’s keys to success will be frustrating CSKA and their back court trio of Matea Letikosic, Oceane Sercien Ugolin and Samara Da Silva hitting top form.

CSKA’s biggest enemy in this tie is themselves. Jan Leslie has had a fair chunk of time to do his homework and set up the team to avoid the pitfalls Rostov and Bucharest fell into against Krim. If they remain patient and play their own game, they should be too much to handle.

There is nothing like a national derby to inspire a shock win and Ramnicu Valcea will fancy their chances against a side they’ve already beaten this season. How switched on goalkeeper Marta Batinovic and her defence are will be crucial for their chances as their opponents can crumble if their attacking weapons are kept quiet.

CSM Bucuresti have had to deal with a shortage of players throughout the season, including two weeks ago when they beat Valcea in the Romanian league with nine players absent, but as long as Cristina Neagu is there, they have a chance. There is no beating around the bush, Neagu makes all the difference for this side and if she combines well with Crina Pintea on the line, they have the edge.

It is an indescribably tough situation for Podravka, having to carry on so soon after the sudden death of their coach Zlatko Saracevic less than two weeks ago. They will undoubtedly play their hearts out and have some real weapons in the form of Dejana Milosavljevic and Lamprini Tsakalou but will need to stay switched on for the entire 60 minutes and avoid the lapses which have seen them crumble to some heavy losses this season.

For the most part, Rostov have been reliably getting the job done but recent losses to Krim and Metz may throw in some doubt. Their defence, anchored by Anna Sen, Kseniia Makeeva and Anna Lagerquist, has only conceded over 30 goals once this season and will make the difference not only in shutting Podravka down but creating easy goals for the likes of Iuliia Managarova on the right wing.

Even if Bietigheim’s players produce the best 120 minutes of handball in their collective careers, it’s difficult to see it being enough to rumble Györ. Ah, maybe that is a bit cruel, the German club do have a team full of experienced internationals and there is a chance that Danick Snelder, Xenia Smits and Luisa Schulze can put up a defensive stand.

Györ are Györ. Even when they were on the verge of defeat on a few occasions this season, they somehow found a way back to claim a point. That rock solid mentality is unlikely to be rattled at this stage and their relentless attacking speed and quality will see them crack any Bietigheim resistance.

The first leg of this clash has been postponed, meaning a double-header next weekend is likely and with that comes a dent to Dortmund’s chances of causing a shock. Alina Grijseels has the keys to unlock most defence formations when in top form and Borussia need her to hit that form.

Metz coach Emmanuel Mayonnade will know the Dortmund’s Dutch cohort of players inside out and that will undoubtedly play to his advantage. With big weapons across the court and strength in depth, game management and focusing on sticking to their own dynamic style of play will be crucial.

In this battle of big shooters and strong keepers, Esbjerg are going to have to offer up something a bit different to win this over two legs and this feels like it will be their playmakers. Sonja Frey and Nerea Pena are too very different players, posing very different threats. Should their big shooters find their range, the Spanish and Austrian stars will be afforded room to wreak havoc.

Can Ana Gros be thwarted? Brest will be hoping not as the shooting success of the EHF Champions League’s top scorer, with 87 goals so far, will make all the difference in attack. But it could be the goalkeeper position that really separates the sides as Brest can rely on a top-class duo of Sandra Toft and Cleopatre Darleux to deal with a team Toft knows all too well from her two-year spell there.

I’m expecting this one to be a real scrap. Despite losing Andrea Lekic mid-season, Buducnost continue to battle on. As well as their trademark gritty determination, Buducnost will be relying on their wonderful wing duo of Majda Mehmedovic and Jovanka Radicevic to provide the easy counter-attacking goals and bail them out of tight situations, all the while playing a key role in the shape of their defence.

FTC will be expected to progress from this tie and that is perhaps the most dangerous thing for them. Expectation and the Hungarian side have not got on well over recent years as they consistently fall short of reaching the EHF FINAL4 in their own city. If they can remain composed and put in a half-decent performance in the first leg, they should progress.

This is the headline clash in my opinion and a really difficult one to call. After a perfect start to the campaign, Vipers suffered some blips late on, losing three of their final five games in a 10-day spell. Although Nora Mørk and Heidi Løke are set to miss out through injury, Kristiansand still have the quality to win, should they shake off the cobwebs left from three weeks without a game.

Odense suffered a joyless run of their own towards the end of the group phase, in the aftermath of a remarkable draw against Györ. They have been frustratingly inconsistent this season and which side Odense side will show up on Sunday will be down to which side of the bed Nycke Groot and Lois Abbingh wake up on. If it’s the right side, they and new arrival Mia Rej have what it takes to hurt Vipers.