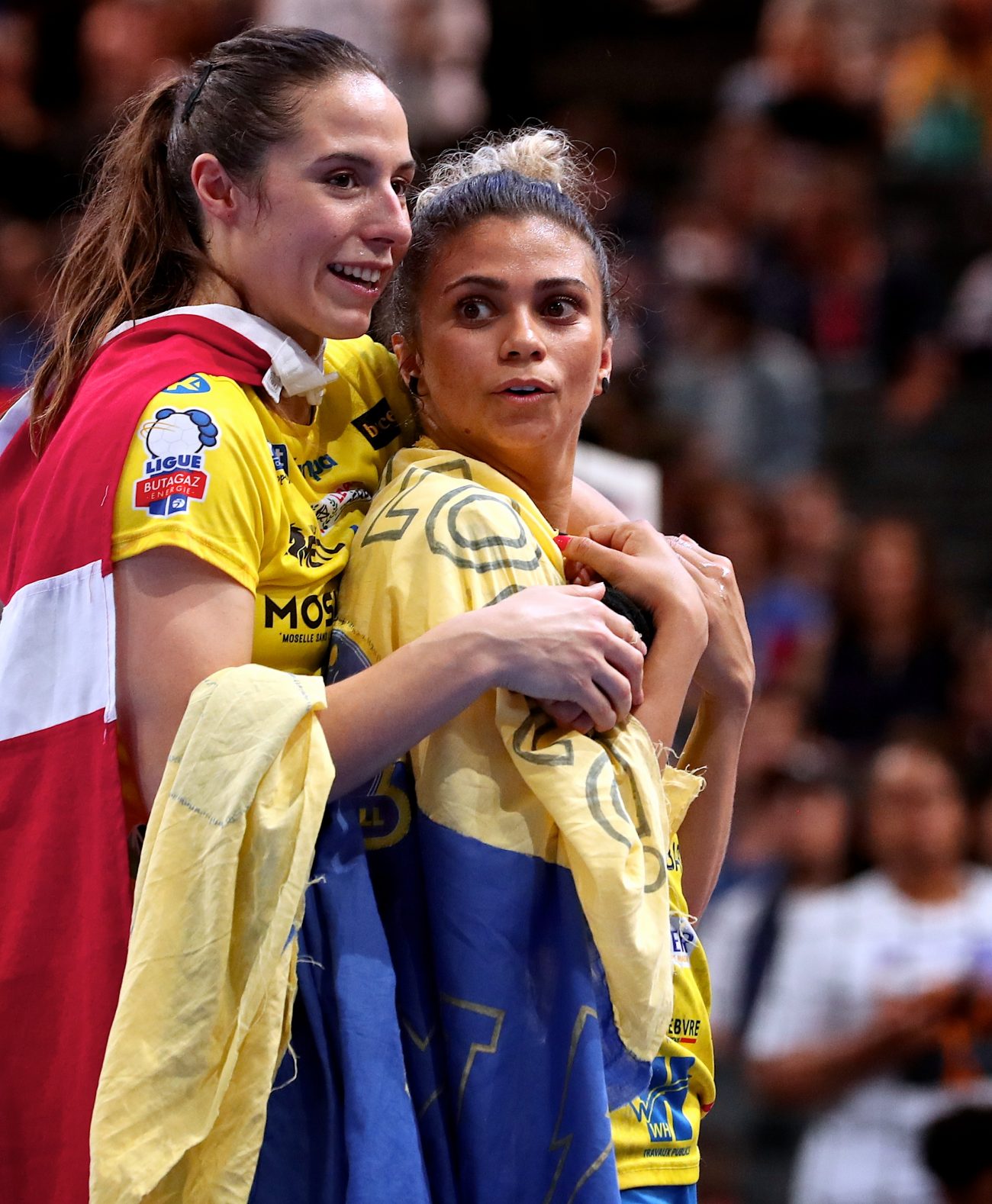 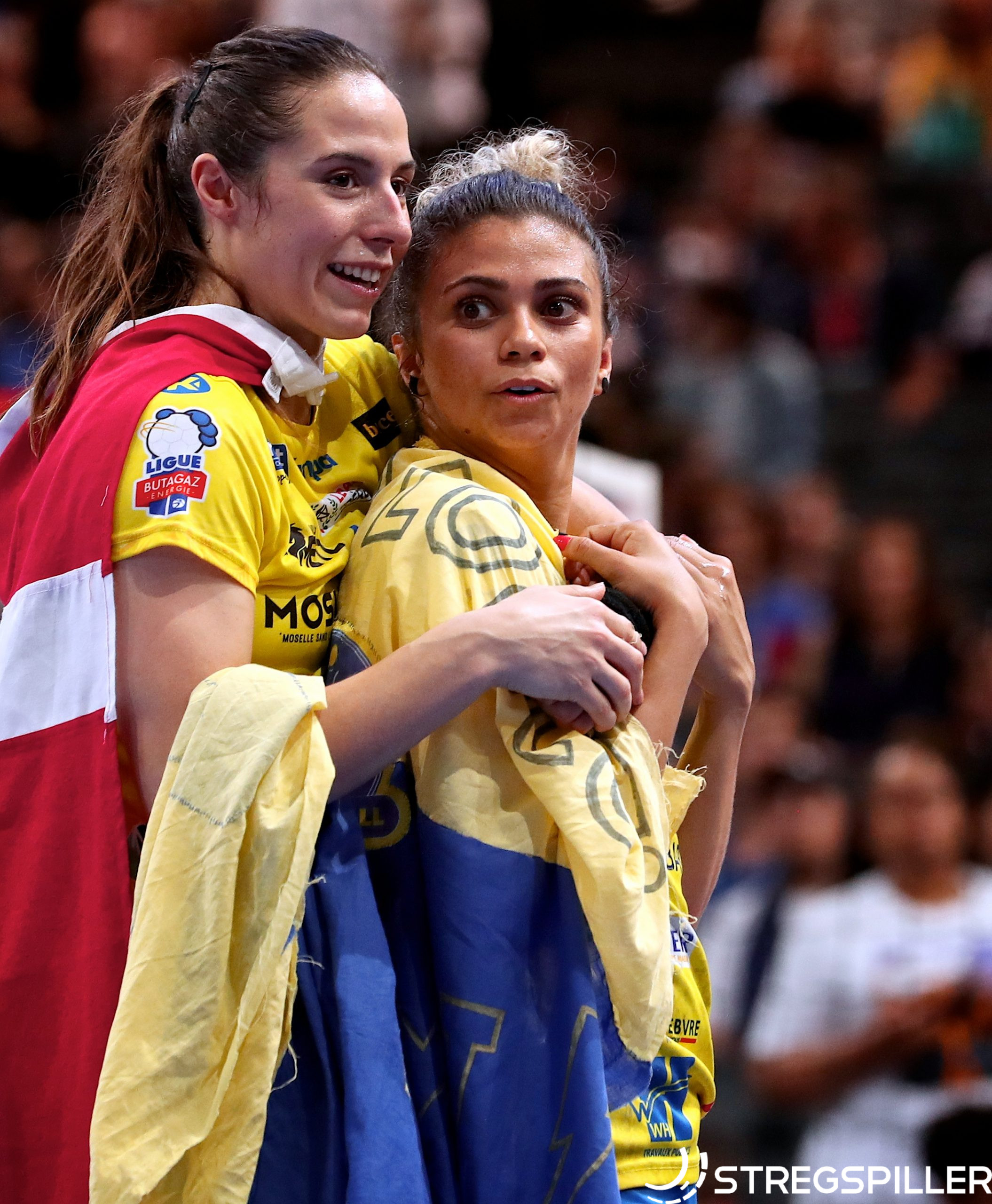 It turned out to be a historic night in Paris.

The 2022 edition of the Coupe de France did neither offer any surprises nor any drama as could be observed in the “Departemental” and “Regionale” finals – where Metz HB (women) and Paris St. Germain (men) emerged as the winning teams after a season that saw both clubs in complete control of their respective national leagues.

Metz as well as Paris remained undefeated during the regular season and only in the play-offs did the crew of head coach, “Manu” Mayonnade surrender one game to Brest Bretagne before securing their 24th (!) French championship.

On the men’s side, Paris maintained a clean slate throughout – 30 wins in as many matches spelled the 8th consecutive championship in Ligue Nationale de Handball for the club from the French capital.

“King” Kiril Lazarov (HB Nantes) did take  to the court for a few minutes, but could not make his presence felt. A fantastic career came to a close at Accor Arena without the Hollywood ending.  The team of another handball legend, who was watching from the sidelines – Mikkel Hansen – was just too strong on that night at Paris-Bercy.

The match reflected the previous encounters of the two teams during the regular season.  By minute 18, Metz had jumped to 11:2 lead, courtesy of Chloe Valentini, Tamara Horacek and Debbie Bont, who did most of the heavy lifting during this phase.

Horacek’s red card (she hit the head of  Florence Bonnet in goal of Besancon) right before the half time buzzer did nothing to change course.

In the second half, Besancon regained their footing somewhat, before Metz began to take it easy en route to their 10th cup title and a truly historic season, after winning the domestic double for a sixth time and the club’s very first bronze medal at the EHF Champions League FINAL4 – a remarkable achievement of team and coaching staff.

“It has been the craziest season of my life and the best season, I think. I am extremely happy to end it this way, but also sad because this team won’t be the same next year as a lot of girls will leave the club.

“Now, I will enjoy every moment with them, then I will get married followed by a vacation.”

“It was a very long season, in fact it felt like two seasons.  Prior to the Olympics we had a training camp and not a lot of free time – I am happy I survived all of it.  The success with the national team (Zaadi won Olympic gold ed.) gave me a lot of energy and motivation.  Anyway, I am glad I survived and now I deserve a break.”

“These last two weeks were just unbelievable.  After winning the French championship we went straight to the EHF FINAL4 in Budapest.  We were ready for the first match (against Vipers Kristiansand ed.), but could not get it done. In the second match against Esbjerg we made some adjustments as we really wanted to get something more than 2019, when we ended up in fourth place. We played an energetic match against Esbjerg.

“And, tonight we wanted to win as well. We enjoyed ourselves one week ago in Budapest and we wanted to have the same feeling again in Paris at the Coupe de France. Against Besancon we had a good start and quickly led by nine goals – I am so proud of this team as many players will not be part of the squad next season.

“A final at the Coupe de France is just there to win. I am very happy that we did it, as we worked very hard for it all season long. ”

The men’s final promised a close competition at least on paper. For about sixteen minutes Nantes was able to hang with the odds-on favorites (7:7) before Kamil Syprzak and Luc Steins opened a three-goal window – a lead that would grow to five by the time the two teams changed sides.

A 5:1 run early in the second half brought the squad of head coach, Alberto Entrerrios, back into striking distance (18:19), but Nedim Remili (all six of his goals came in the second half) and Vincent Gerard (35%) made sure that the home team would stay in firm control and in the lead until the very end.

“I was a very intensive season for everybody – that’s for sure. Of course, I am happy that we had a good end to it all after tonight’s win. Everybody was dreaming about winning the cup next to the championship.

“Unfortunately, we did  not make it to the FINAL4 (EHF Champions League FINAL4 ed.).  We knew that the quality among the top teams in Europe is very high, but we will fight for it next year again.

“Now I need holidays – the next two weeks I will do nothing but rest, enjoy the town and join my family.”