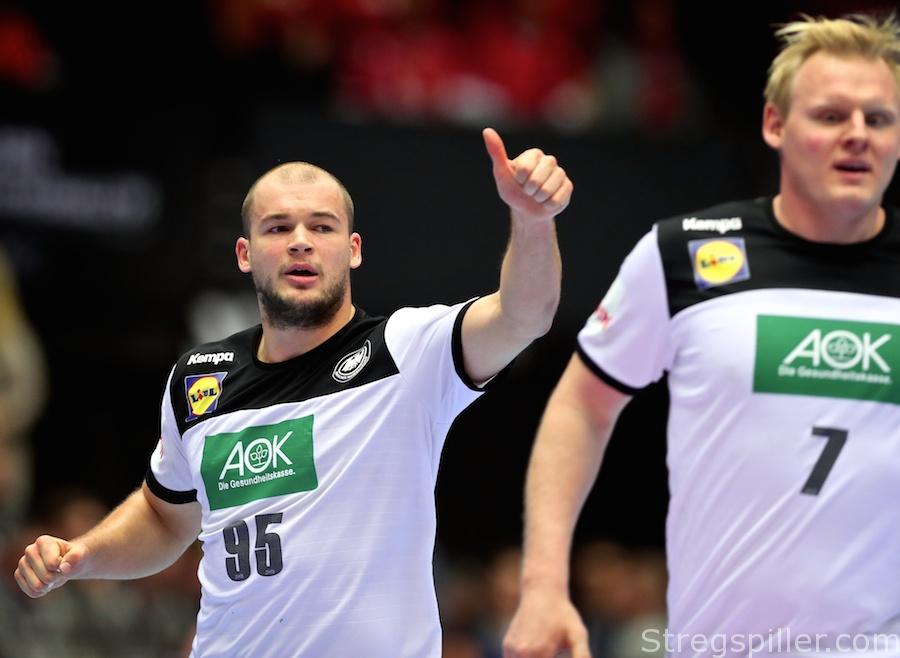 Good, better, “Bitter” – Germany reaches the quarterfinal of the Tokyo Olympics backed by yet another stellar goalkeeping performance

Germany’s Mission: Move on to the quarterfinal while avoiding Denmark.  It was the stated objective and a win against Brazil would accomplish just that.

Ahead of the Olympic tournament, the men of coach Gislason beat Brazil twice and decisively in friendly matches.  After the strong showing against Norway in the previous round anything but a German victory would have to be considered a major setback if not outright disappointment, in case of a loss.

Ahead of the game Germany had replaced left-wing Marcel Schiller with a third line player – Jannik Kohlbacher.

Backed by another exceptional performance of goalkeeper, “Jogi” Bitter, Germany won the critical match against Brazil.  A 9:3 run in the first half laid the foundation for  Gensheimer & Co. who never looked back.

Both teams had a slow but concentrated start and traded the lead before Brazil pulled away by two midway through the match.

At that time goalkeeper, Leonardo Vial Tercario, had already left the pitch on a stretcher after an awkward landing on the back end of a German counter attack.

Brazil seemed to be unfazed and kept hanging in – at first.  Eventually Germany, backed by another excellent performance of “Jogi” Bitter in goal (40% saves), outscored the team from South America 9:3 in the last ten minutes before the break.

Five minutes into the second half, Germany had opened a six-goal lead, while Brazil kept struggling to get the ball past Bitter.

On the other end of the field, Juri Knorr (6/9) who had replaced Philipp Weber on the playmaker position, made his presence felt and so did Kai Haefner (3/3).  Brazil fought hard but could not cut the deficit in a meaningful way.

Ten minutes before the end – Bitter had made room for Andreas Wolff – Brazil launched a last ditch effort but the aforementioned Wolff stepped up big and denied Langaro & Co. any measurable success.

Once again Germany could rely on the outstanding skills of Bitter and Wolff in goal, a well organized defense by Henrik Pekeler, a patient offense and a much deeper bench.

Five unanswered goals before the end of the first half opened a gap, Brazil would not be able to close throughout the remainder of the match.  Clicking on just five cylinders (Dutra, Chiuffa, Silva, Borges, Langaro) and the early loss of Tercario in goal were just not enough for Brazil to pose a serious challenge.

The team of head coach, Alfred Gislason stayed in firm control and did not let their opponent back in the game.

“Jogi” Bitter and Andreas Wolff showed their class between the goal posts once again.  38% saves read the stat sheet at the end of the game.

At this point the duo must be considered the best in the competition next to Landin and Moeller (Denmark).

Assured of 3rd place in Group A, Germany will face Egypt in the quarterfinal of the Tokyo Olympics.