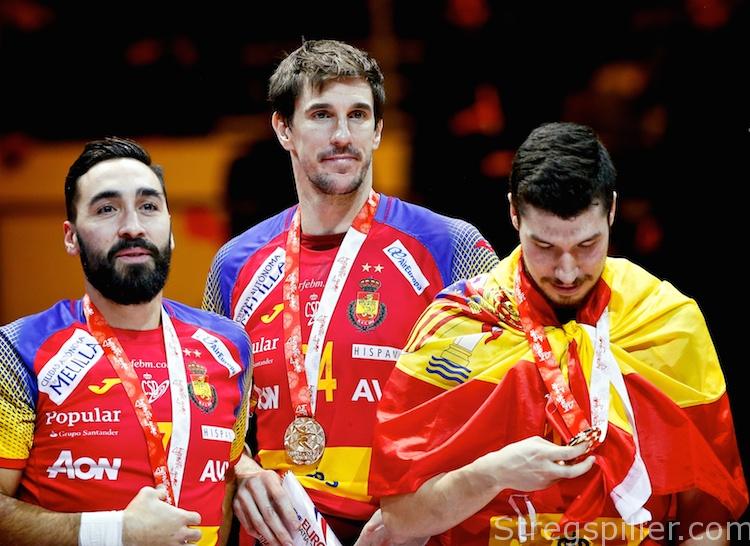 After 9 days of intense and relentless contests, the elite eight at the Tokyo Olympics remain in contention for a medal. We look back at how each of the 12 teams fared and ahead to Tuesday’s quarter-finals, where four more teams will fall at the cruellest of hurdles.

The wily old foxes of Spain and France got the job done, proving there is no substitute for experience, in the early days of the tournament at least…

France
Suffered a final day defeat to Norway but knew they had the job done by that stage and showed that they are major medal contenders with the 36:31 win over Spain
Round rating: 9/10

Spain
Displayed that winning is in this team’s DNA with the one-goal victories over Germany and Norway at the beginning of the week. Ran out of steam against France and that could be a factor on Tuesday.
Round rating: 8/10

Germany
Despite an incredibly solid defence and goalkeeper duo, fears remain over a lack of a true leader and game-changer in attack. Certain demons may be cast away with the victory over Norway, proving this team is capable of winning crucial matches again.
Round rating: 7/10

Norway
Their paper thin centre/left back selection was put to the test in the preliminary round and it showed in their performances. Sander Sagosen appears to be holding back a little bit, despite being the top scorer, which is a wise move, considering the real test is yet to come. Their morale-boosting win over France came at a great cost with Christian O’Sullivan seemingly out of the quarter-finals with a dislocated thumb.
Round rating 5/10

Brazil
They were in contention to qualify right until the final day but they never really looked like toppling Germany in what was an elimination match in all but name. Decent periods of play against Norway and Spain will leave them thinking of what could have been but they will have to settle for taking the South American bragging rights with the victory over Argentina.
Round rating 4/10

Argentina
The one and only Tom O’Brannagain put it brilliantly when he tweeted “Argentina. The team that gives their fans a heart attack and an orgasm in 30 mins of handball.”
That was the way they played throughout the week and unfortunately it did not deliver a victory. A brilliant second half comeback against Brazil was not enough to give them joy in a loss that will hurt the most.
Round rating 3/10

Very much a tale of two halves with the top trio in the group battling for prime quarter-final position and the remaining three battling to reach the business end.

Denmark
Outstanding for the vast majority of the preliminary round, appearing to be even more assured and well-drilled than January’s World Championship. A loss to Sweden on Sunday will be an irritation but shouldn’t cause them too much worry right now.
Round rating 9/10

Egypt
A second half collapse against Denmark aside, Egypt have had a brilliant championship so far. They have taken the momentum built at their home event in January and run with it. The victory over Sweden was particularly sweet, where they displayed mastery of their defence and game management. Arguably the team nobody wanted to meet in the quarter-finals.
Round rating 9/10

Sweden
They were getting the job done without giving us much to be excited about in the opening few games, struggling to find the balance between using their best players and using their most effective system. Those issues were laid bare in the loss to Egypt and seemed to spark something new in the young team as they got a small measure of revenge against Denmark on Sunday, suggesting the best is yet to come for this squad in Tokyo.
Round rating 7/10

Bahrain
What a joy! Aron Kristjansson has worked wonders with this team as they’ve become familiar and comfortable with who they are as handball players and what approach they must take to be successful. Having just missed out on results against Sweden and Portugal, they earned the bit of luck which saw them scrape over the line and into the quarter-finals.
Round rating 7/10

Portugal
They Olympic debut ended in disappointment as they let a 29:28 lead over Japan with two and a half minutes left slip, costing them a place in the quarter-finals. A brilliant performance against Sweden was left unrewarded and will have to be marked down to experience, something they lacked this time but won’t next time, when they will surely return to the Olympic stage.
Round rating 4/10

Japan
So close yet so far for Dagur Sigurdsson’s men. The five-year project ended with a victory over Portugal but it was not enough to see them through to the knockout stage. I feared the worst after their humbling at the hands of Denmark on the opening day but Japan bounced back and proved they belonged at this level with a series of battling performances.
Round rating 5/10

France vs Bahrain (02:30 CEST)
France will be the big favourites for this one and should have too much in their locker, as long as they can remain patient and not be flustered by Bahrain’s “small-ball” approach.

Sweden vs Spain (06:15 CEST)
The tightest tussle in my opinion. Should Sweden make the most of their counter-attacking ability and win what is bound to be a brilliant goalkeeper battle, they should have the slightly too much for Spain, but you cannot count out the Hispanos, who know how to get the job done.

Denmark vs Norway (10:00 CEST)
Without Christian O’Sullivan, Norway will need Sander Sagosen to have a near-perfect day and Magnus Fredriksen to step in and have the game of his life to stand a chance against Denmark, who are on the charge towards a second consecutive Olympic gold.

Germany vs Egypt (13:45 CEST)
Not since South Korea’s women won bronze in 2008 have we had a non-European team claim an Olympic medal and Egypt appear best placed to change that fact. We’re in for one hell of a battle between two of the most physical teams in the tournament. If Egypt are allowed to sprinkle a bit of magic in attack, they can claim this one, but will the Germans allow them?