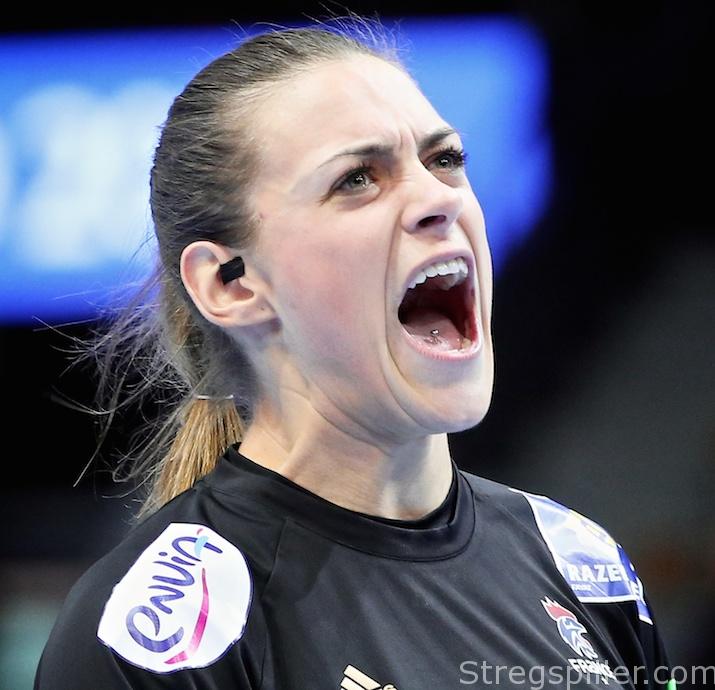 MATCH OF THE WEEK, GROUP 1 – In the biggest upset so far in this Champions League season, Metz Handball secured access to the quarter-final, thrashing group leaders Vardar by 14 goals.

After their 31:28 defeat at home to Buducnost, Vardar were sharing the group lead with Ferencvaros and in need of a win to hold on to first place.

Metz could seal their quarter-final berth with a victory as well – unless Ferencvaros would do the job for them by winning against Thuringer HC.

Apart from the quarter-final ticket, Metz were also looking to avenge a narrow 23:21 defeat in Skopje in the first main round meeting with Vardar.

If I had not watched the game, I would have thought the result being a mistake.  What on earth is wrong with Vardar at the moment?

Until last Sunday, they remained undefeated in the Champions League.  Then they lost 31:28 at home to Buducnost.

That loss might have been explicable, but who can explain what happened in “Les Arenes”, this Sunday afternoon?

I do not like to use the term “humiliation”, but I can hardly find another word that describes what happened to Vardar today.

The team from Skopje began controlling the game and taking an early three-goal lead.  But, already before the break first signs of a collapse became visible, which turned into a disaster in the second half.

Metz deserves all kinds of praise for a brilliant effort, while exploiting Vardar’s gifts to the fullest.

A good defense in front of Amandine Leynaud in goal and a well-shooting Andrea Penezic soon arranged for a three-goal Vardar lead.

However, a timeout called by Metz coach, Emmanuel Mayonnade, as his team was down 8:5, worked wonders.

The next five goals were all for Metz, and in the 13th minute, Marion Maubon scored the equalizer at 8:8.

Towards the end of the first half, the news about the 29:29 draw between Thuringer HC and Ferencvaros arrived.

Actually, the result was good news for both teams in “Les Arenes”.

Vardar would take first place in case of a win, while a draw would do it for Metz, reaching the quarter-final.

If the news were communicated to the players remained unknown, but one thing for sure – Metz players were more motivated and built their advantage before the break.

A three-goal lead for Metz at half time was already a surprise but what followed in the next 30 minutes was nothing short of a total collapse.

Vardar’s coach David Davis apparently did what he could to change the course of the game, but no matter what, things went from bad to worse.

He tried Tatiana Khmyrova as playmaker instead of Andrea Lekic, who he kept on the bench for the first quarter of an hour after the break.  This may not have been the wisest of all decisions, as it did not help Vardar´s offense.

On the other side of the court, he tried a 5-1 defense formation, pushing Tamara Mavsar forward but Metz just kept scoring as they pleased.

Vardar’s coach went back to 6-0.  Metz was unstoppable.

Already in the 45th minute, Camille Aoustin gave the home team their first 10-goal lead, when she made it 33:23.

Soon thereafter, Ana Gros increased the margin of difference to 11 and even though Mayonnade played with his reserves in the last minutes of the match, Metz kept pushing until the very end.

Ana Gros gets the award.

Not so much because she was the highest scoring player (12 goals), but because she scored at critical moments in the first half, when Metz changed a deficit into a lead.

The performance of the Slovenian right-back was a true game changer.

Which handball spectator would not be happy, if his or her team smashed the favorite by 14 goals?

Even without the encouragement of an overly enthusiastic announcer, the crowd in “Les Arenes” would probably have been just as excited.

Vardar lost first place in the group to Ferencvaros due to the Hungarian 29:29 draw against Thuringer.

They can still take it back in case of a home win against Thuringer, on Saturday, provided that Ferencvaros will not succeed against Buducnost.

Metz are in the quarter-final and considering today’s performance they may not stop there.

Thuringer HC took a surprising point, drawing 29:29 against Ferencvaros.  Unfortunately for the German club, the fine effort turned out to be futile because of the impressive Metz victory.

Buducnost did what they had to, disposing of Astrakhanocka 38:20.