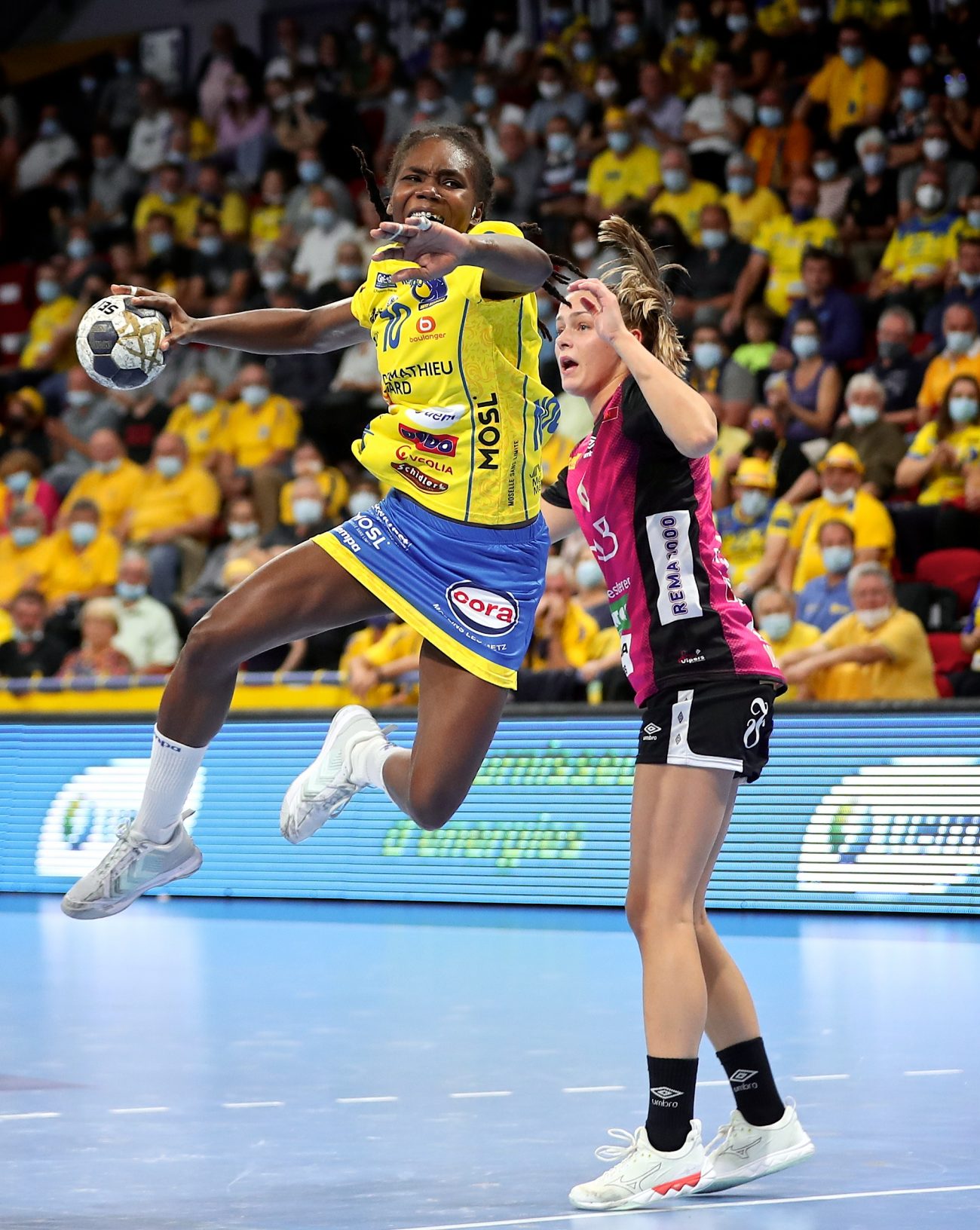 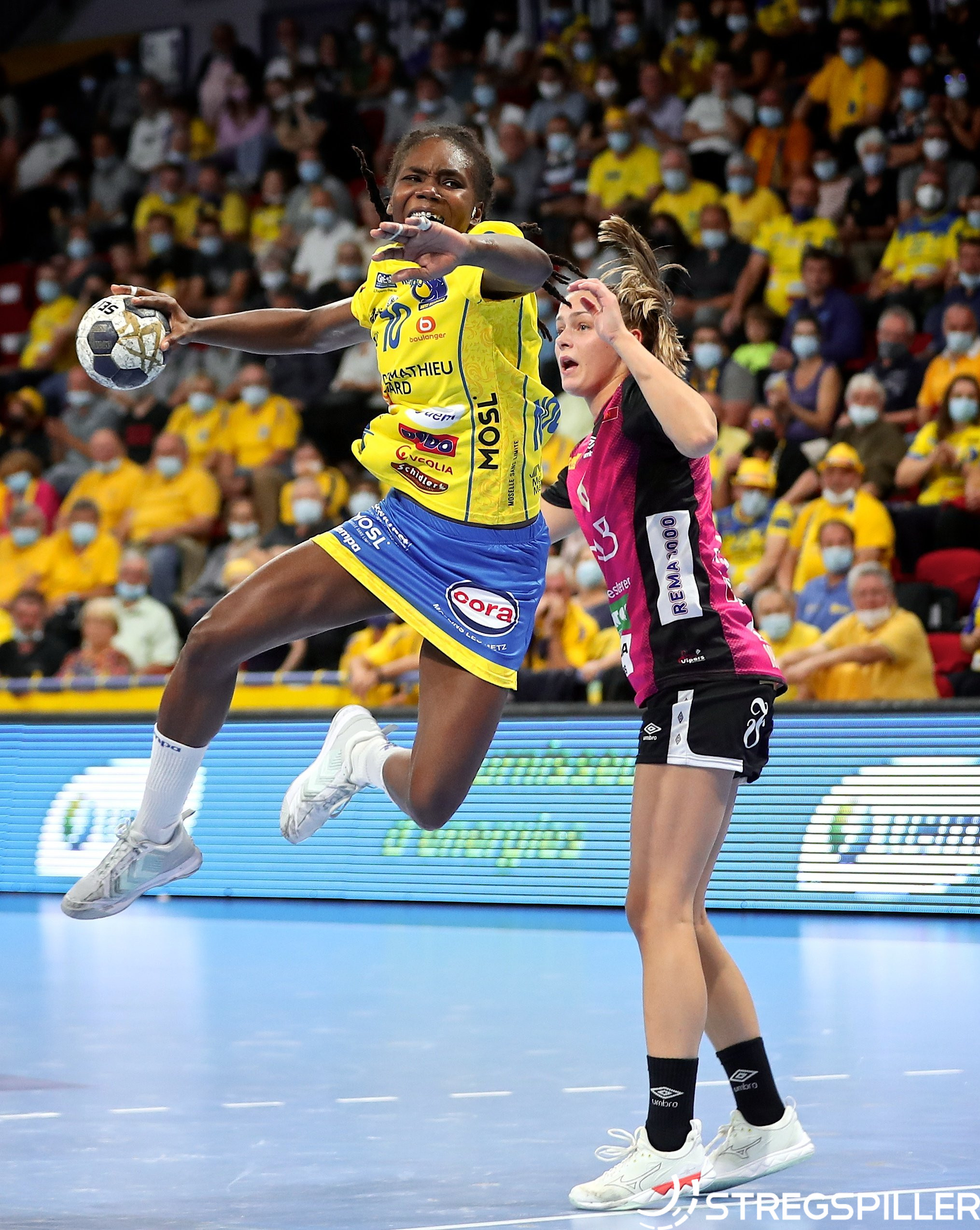 Ahead of the Game

There are plenty of reasons why the handball powerhouse from Gyor will leave the pitch in Metz as winners, when the two teams meet on Saturday evening at ‘Les Arenes’.  The record speaks for itself and everything points towards another victory of the Hungarian record champions.

Thus far, Gyor and Metz met seven times in the EHF Champions League and only once the French succeeded (32:31 in the first leg of the 2017 quarter-final).  In the 2021/22 Champions League season either squad have yet to surrender points.  Both teams enter round five of Europe’s most prestigious club competition with a clean record after four (Gyor) and three (Metz) wins respectively.

Considering the sheer quantity of talent and experience it does not come as a surprise that Gyor have been dominating the scoreboard as well – hitting the back of the net 129 times before the clash against Metz.  Yet, the most prolific scorers in a single game for either club are no longer part of the current lineup.

The likes of Ana Gros and Alisson Pineau (former Metz) and Anita Gorbicz and Nora Mork (former Gyor) have either moved on to greener pastures or ended their career (Gorbicz).

Time for new names to step up and write the next chapter of handball history.

No doubt, the French duo in goal for Gyor (Laura Glauser and Amandine Leynaud) will pose a formidable hurdle.  Add to it Norway’s three time European champion, Silje Solberg, and it becomes even more evident why the odds are stacked in favor of the Hungarian club.

Expect Glauser and Leynaud to enter ‘Les Arenes’ with a bit of extra motivation, when playing in front of their former ‘home crowd’.

On the other side, Sako Hatadou and Ivana Kapitanovic will have to perform at the highest level for their team to stay close for as long as possible.

Stine Oftedal versus Meline Nocandy will be a – if not the – key match up and determine the outcome of the affair on Saturday.  The world’s best center-back against the rising star from France.  Spectators will be in for a real handball treat.

While Oftedal has been on top of her game for the past few years, not to mention the long list of national and international titles, Nocandy has been making rapid progress and it’s no coincidence that as of this season she is the captain of Metz HB.  According to club president, Thierry Weizman, “Meline is a person who carries our values very, very strongly.”

So far this season, Meline Nocandy has been the top scorer in each Champions League game. Can she carry her team to a new high on Saturday?

To stand a chance against the 2019 DELO EHF Champions League winners, Metz will have to fight tooth and nails and stay within striking distance by the time the match enters crunch time.  If the squad of head coach, Emmanuel Mayonnade, can hang tight, look out for Danish right-back, Louise Burgaard, to deliver a potential knock-out punch as she did last weekend against Krim, when she scored the decisive goal with seconds to play.

Gyor’s head coach, Ambros Martin, will miss line player, Crina Pintea and Dorottya Faluvegi on right wing, but the two injured athletes will be fully compensated for by the likes of Linn Blohm and Kari Brattset Dale (line) and Viktoria Lukacs (wing).

Martin’s colleague, Emmanuel Mayonnade, will have to do without Orlane Kanor and demand the most from his bench.  Tamara Horacek, Camila Micijevic and Astride N’gouan will face some heavy lifting and prolonged time on the pitch.  And don’t be surprised to see right-back, Emma Jacques, to step up when she gets the chance.

On paper Gyor appear to be the odds-on favorite, but let’s see what coach Mayonnade has up his sleeve to spring a surprise in round five of the DELO EHF Champions League?