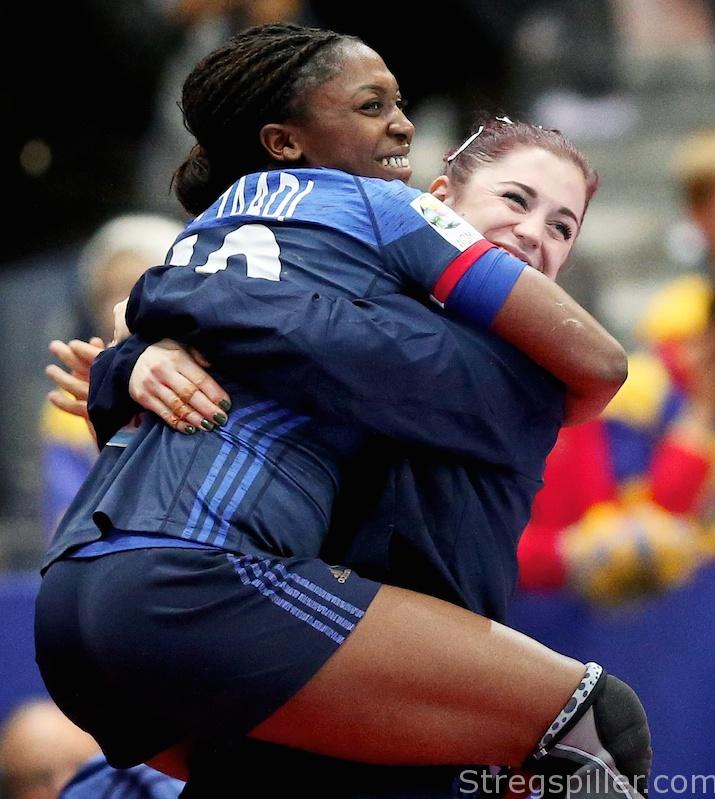 PREVIEW – MATCH OF THE WEEK, GROUP 1 – Metz Handball as well as HC Vardar are struggling to get back on track after defeats in the previous round.

At the same time, Vardar are fighting to hold on to first place in the group, while Metz are aiming to secure quarter-final berth.

After their first loss in their current Champions League campaign, 28:31 at home to Buducnost, last Sunday, Vardar must suddenly worry about winning the group.

They are now in a direct contest for first place with Ferencvaros.

Thuringer HC leaving both points in Astrakhanochka, was a much-appreciated gift for Metz, and a victory this Sunday will send the French champions straight to the quarter-finals.

It was a historic event, when Vardar and Metz faced each other this season as it marked the first time ever, that the two teams met in a Champions League match.  The game ended in a narrow 23:21 win for Vardar.

Duel of the Match- Part One: Zaadi vs Lekic

Some might say that Andrea Lekic will have the edge in this match-up between playmakers.

It is true that she has the experience, but no one should underestimate Grace Zaadi´s talent and desire.

The 23-year-old centrer back has done very well for a long time, not only at Metz, but also for the French national team.  Her speed and creativity may cause the Vardar’s defense a bit of a headache.

The visitors, on the other hand, will rely a great deal on Lekic´s ability organizing their attack and her shot selection.

Duel of the Match – Part Two: Glauser vs Leynaud

The two primary goalkeepers of the French national team will meet in a direct duel – it does not get much more interesting than that.

Duel of the Match – Part Three: Gros vs Lacrabere

With 54 goals in the Champions League this season, 26-year-old Ana Gros has proven her importance for Metz once again, and the French champions will need her power to be successful on Sunday.

Metz did not stand much of a chance in the game against Ferencvaros a week ago, when they lost 29:23.

Mid week it went a bit better in the French league, when the match at home against number four, Besancon, was won 28:25.

Vardar suffered their first defeat in the Champions League this season, when Buducnost took a surprising 31:28 win at Jane Sandanski arena.

Metz does not surrender many points at Les Arenes arena.

In this season’s Champion League, only Ferencvaros was strong enough beating the French in their house.

However, Vardar have not lost a single point either when on the road this season.  The Macedonians will be eager to hold on to first place, in order to meet a potentially easier opponent in the quarter-final.

The other two matches in the group will be played on Sunday as well. Ferencvaros should dominate Thuringer HC, while Buducnost will have no trouble at home against Astrakhanochka.