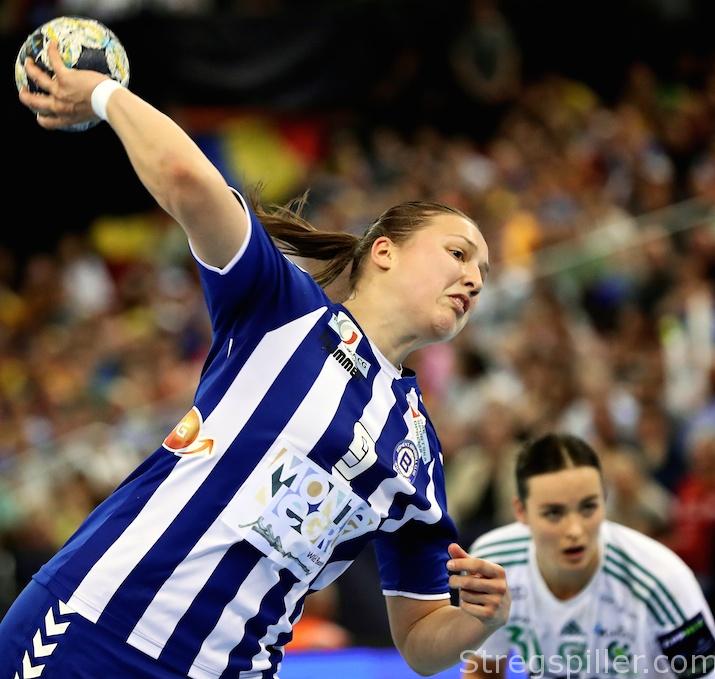 The 2017/18 Women´s Champions League takes a break until the end of January, when the main round starts.  A fine opportunity for a closer look at some of the players who had the biggest impact during the opening stage of the competition.

I have put together a Power Ranking, listing the three top players for each position.  Keep in mind, the ranking is entirely subjective, and if based on saving- and/or scoring percentages it would probably look completely different.  I tried to take into consideration the importance of certain soft factors such as emotional leadership that some of the players bring to their respective team as well.

This week FC Midtjylland announced new leadership, as the English owner of the Danish football club was no longer willing to cover the deficits of the handball team.

As of 2018 the team, will be named Herning Ikast Håndbold and the new owners of the club can consider themselves lucky that they managed to get Englert´s signature on another one-year contract (she never signs contracts for more than that).

The experienced German has been absolutely essential to the Danish team´s success in the Champions League so far this year.

In less than 10 days the IHF World Cup 2017 will be staged in her home country. Germany has a number of excellent goalkeepers, but considering Englert’s form curve she could still hang with the very best.

Her goalkeeping qualities are indisputable. This season the experienced Brazilian born Spaniard has meant gold to the young team of Buducnost. Simply put – De Paula has been instrumental in the club’s surprising entry into the main round and is considered one of the cornerstones of Buducnost’s success this year.

However, the 24-year-old Montenegrin handled the pressure extremely well and has played a crucial part in Metz Handball reaching the main round, winning Group D.

The signing of Houette from Germany’s Thüringer HC was one of the more notable transfers this past summer.

The French international has been exactly the reinforcement the French champion was looking for and she has been performing exceptionally well from day one – as expected as many of the pundits would argue.

However, the arrival of Polina Kuznetsova from Kuban Krasnodar has more than compensated for the loss of the aforementioned two star players.

It may come as a surprise to some, finding Hungary’s handball legend, Anita Görbicz, in this category as she is usually known for her talent as playmaker.

But since the arrival of Norway’s world-class playmaker, Stine Bredal Oftedal, in Györ, the 34-year-old veteran has been spending more time on left wing where she has proven her versatility once again.

She is the only reason why Andrea Penezic is not number one in this segment.

The queen of Romanian handball is back where she and her many fans feel she belongs – at CSM Bucuresti. Needless to stress that she became the lethal handball weapon that all her supporters had hoped for.

Cristina Neagu is the single player in women handball that can decide a game on her own – period.

The variety and power of Penezic´s shots have proven essential for Vardar’s early success, once again.

Her efficiency from distance is one but very important explanation why Vardar has not surrendered a single point in the 2017/18 Champions League season to date.

Being just as good and tough in defense as well as in attack – Jaukovic has been crucial to the newly formed Montenegrin team’s success during the group phase.

Despite being only 20 years old, she already plays with the experience of a veteran.

Yet another coup for the new owners of FC Midtjylland – “Vicky” signed a new contract and will stay for three more years.

Several top clubs were chasing the outstanding playmaker who is possibly playing her best handball in her career.

All you had to do was watching Midtjylland´s Champions League games during the fall to understand why.

Sweden´s best female handball player may not have had such an extraordinary season so far, still she has been a superb force orchestrating CSM´s offense in the opening stage of the 2017/18 Champions League.

Listing the most spectacular transfers ahead of this season, the 25-year-old Norwegian international would have been close to the top.

Since her arrival from Issy Paris, she has become an instant success as Györ’s playmaker.  Her speed has made the Hungarian club’s offense even faster.

Even during a very tough period of time in her life, after having her phone hacked and personal photos shared online, the feisty Norwegian stands tall. For example, she scored 13 goals for Györ against Midtjylland – a performance that stood out from so many other great matches that she played during the group phase.

Just as the new owners of FC Midtjylland landed a coup when goalkeeper, Sabine Englert, extend her contract, Burgaard signed at the dotted line as well, prolonging her stay in Central Jutland for two more years.

After a long time fighting off mental problems and shoulder troubles, “Bur” is back on track again – luckily for Midtjylland and the Danish national team.

She is yet another player explaining the success of Metz during the first stage of the Champions League.

The Slovenian international´s effectiveness from the distance as well as her reliability from the penalty spot secure her a third place in this ranking.

Vardar are really well represented in this power ranking, properly reflecting their strong season in the fall.

Playing her fifth successive season with the ambitious Macedonian club, Jovanka Radicevic is as important to them as ever.

In the absence of Czech international, Jana Knedlikova, Bodi has been pretty much on her own on right wing, but she has done really well given the circumstances, making full use of her extended playing time.

She has certainly demonstrated what a great wing player she actually is.

For many years now, Managarova has been combining speed and effectiveness on right wing. This year is no different, as she has enjoyed continued success with Rostov-Don.

Fans will get their chance to see the Managarova in action, playing for Russia at World Cup 2017, in Germany.

Cvijic’s arrival in Vardar has been at least as welcomed as Frafjord’s beginning in Bucuresti.

From day one, the 27-year-old Serbian international has made her presence felt in defense as well as in attack, where her exceptional cooperation with playmaker Andrea Lekic has caused much trouble for Vardar’s opponents.

The Norwegian pivot represents just what CSM Bucuresti needed – a very capable line player who performs well on both ends of the court.

She has given the Romanian club a big boost and raised expectations to take back the Champions League trophy.

The Netherlands´ national coach Hele Thomsen is quite fortunate, being able to take two of the world’s strongest line players – Snelder and Broch – to the World Championship in Germany.

And after the recent injury of Anja Althaus, Broch will spend even more time on the pitch for Gyor, once the main resumes in 2018.

The Hungarian club tried to borrow former pivot, Heidi Løke.  The Norwegian veteran was willing, but her current club, Storhamar, declined the offer.

For now, Yvette Broch will be on her own, but she’s up for the task – no doubt.