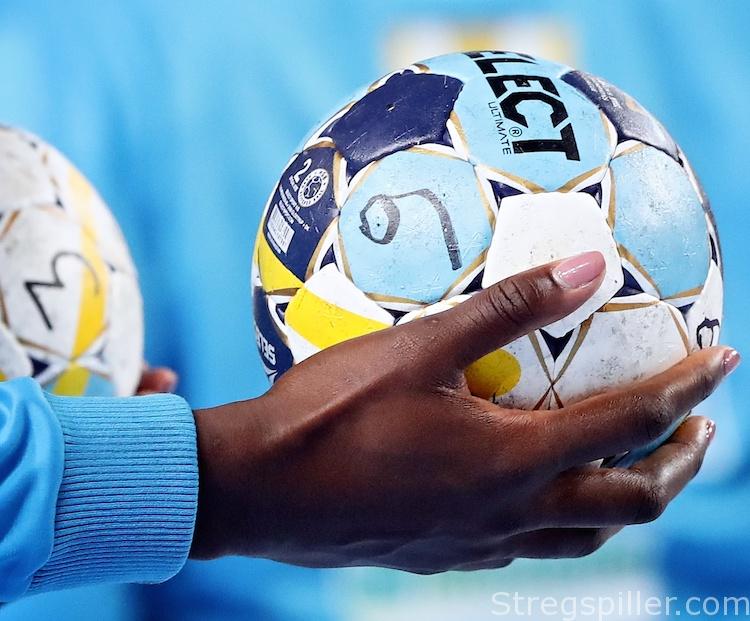 The DELO EHF Champions League has a week off after six rounds filled with entertaining clashes, some surprises and a few too many postponements as Europe’s top 16 women’s clubs come to terms with a new competition format.

During this week off, I’ve taken a look at each team and rated their season so far, taking into consideration their expectations, performances and the impact of COVID-19. Each team is rated on a scale of 1-10 (10 being the best) and here is Group B. Group A’s report cards can be read here.

It has not been a pretty start for the Romanian club – four matches, four defeats by seven or more goals. Positive signs can be found in each game, where Valcea found themselves in a competitive position by half-time, only to collapse in the second half. Each of their leading players have a decent game or two, but not a the same time.

The first half away to Györ, which they led 17:15, is a sign of the potential this squad has but they will need to realise that potential soon as key matches in the race for the top six are on the horizon.

An eight-goal turnaround in the second half against Buducnost in the first game of the season suggested there could be something special about this team. However, that has not been evident since.

A loss at home to Dortmund and two hammerings at the hands of Györ and Odense have put Podravka firmly in their place and they will need to rediscover some magic if they are to progress from this group. Although individual talents such as Lamprini Tsakalou, Azenaide Carlos and Iulia Dumanska can make a difference at this level, team efforts like in round 1 will be the key to them grinding out some more results.

Following a rough introduction to life in the Champions League, Dortmund have found their feet and look like genuine contenders to finish in the top six and progress to the knockout rounds.

Clearly buoyed by their first victory in Croatia, Borussia looked like they would produce the shock of the season so far when they led CSKA 10:3 after just 12 minutes. They had that 7-goal lead with a quarter of the match remaining and with Alina Grijseels in the form of her life, before capitulating in the most extraordinary way to lose by a single goal, something which must still haunt their dreams now and is reflected in this rating.

Having been riddled with injuries and COVID-19-related absences, we’ve only begun to see glimpses of the real Buducnost in recent weeks.

Three defeats in the opening three games left them with plenty to worry about, but they could see a light at the end of the tunnel as players returned to the squad and they managed a draw against in-form Brest, followed by a win in Dortmund. All things considered, you’ve got to give Dragan Adzic and his team a lot of credit for their perseverance alone.

It’s difficult to fathom how Brest find themselves in fourth place in this group. Yes, it’s on goal difference alone and they’re a point behind first place, but the French club’s season could and should be looking so much better, which is why I’ve given them such a high rating.

Every game they’ve won so far, they’ve won in style, but Brest will be kicking themselves for the points lost so far. A draw at home against Györ, which looked like a certain win until the 55 minute-mark, sparked a drop in form which saw them draw against Buducnost and lose to CSKA. Their most recent win over Odense looked like Brest are back to their best, but they cannot afford to drop many more points.

It’s difficult to argue with four wins from six matches, but the manner of their two defeats is what marks Odense down a bit in my book.

Ulrik Kirkely’s charges have won the matches they were expected to win with ease and you could be fully satisfied with that, considering these unusual times and the fact that the coach and team are still gelling, but you get the feeling that Odense want more than a safe finish in the upper mid-table. Big challenges await with CSKA, Györ and Brest accounting for four of their next five opponents and they will need to step it up to claim some points.

It feels a wee bit silly to be uncertain about Györ’s season so far with their unbeaten record, but that’s the reality of the incredible standard they’ve set in recent years.

Their two drawn games, against CSKA and Brest, could be seen as signs of vulnerability as they probably should have lost both games. But on the flip side, their ability to claw their way back to a draw in both situations speaks volumes of their mental-toughness, composure and self-belief in trying times.

What a way to announce yourself in the top-flight of European handball. CSKA are surprise leaders of the group with four wins and a single draw – a thrilling 27:27 draw with Györ on their Champions League debut.

It hasn’t always been pretty, the comeback win against Dortmund is a good example of that, but this CSKA team clearly have what it takes at this level. With experienced pros laying the groundwork and 19-year-old left back Elena Mikhaylichenko leading the line in attack, their journey this season is an exciting one to follow. So far, so good for Jan Leslie’s squad.