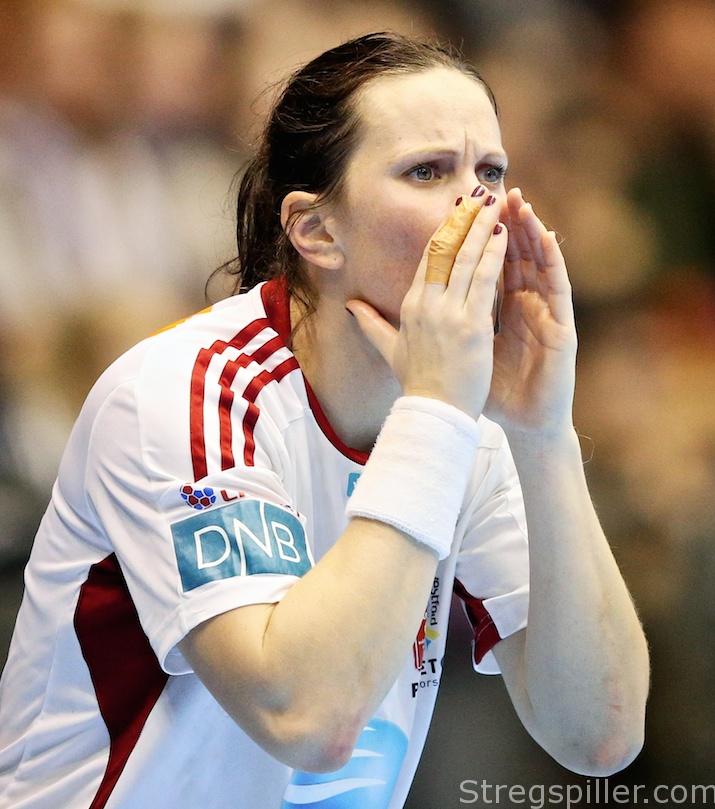 PREVIEW- MATCH OF THE WEEK, GROUP 2 – A draw will qualify FC Midtjylland for the quarter-finals, while Larvik is already qualified before the Scandinavian derby in Ikast, on Saturday evening.

Larvik are sure to proceed to the quarter-finals, following CSM Bucuresti’s victory against Krim Ljubljana on Friday.

Therefore, a draw will be enough for FC Midtjylland to join the Norwegians in the round of last eight.

It turned into an equal affair, when the teams met first in the main round.  Exactly one month ago, on February 4, Larvik won 24:22 at Boligmappa Arena.  However, Midtjylland were ahead for long periods in this game, including a 11:9 lead at half time.

Larvik’s success last month was only the second triumph for Norway’s flagship club in six Champions League matches against Midtjylland.

Duel of the Match – Part One: Englert vs Toft

Once again the contest between the two goalkeepers will be key.  Sabine Englert and Sandra Toft will be critically important to their respective sides, and the one who has the better evening, will end up on the winning side after 60 minutes.

Duel of the Match – Part 2: Jørgensen vs Kurtovic

Midtjylland left-back Stine Jørgensen had an afternoon to forget against Esbjerg, last Sunday, but she was back to her usual self when scoring seven goals against Holstebro, in the Danish league, on Wednesday.

Larvik can almost always rely on right-back Amanda Kurtovic and if she finds her rhythm, she will bring the visitors close to a win.  In the top match in Norway’s domestic league against Glassverket, she scored seven times and recorded her 500th goal for Larvik.

Larvik’s coach Tor Odvar Moen is still missing left-wing Sanna Solberg and left-back Alina Wojtas, while his opponent Kristian Kristensen can expect to have all players at his disposal on Saturday evening.

FC Midtjylland looks back at a disappointing week.  Their most recent Champions League match ended in a 21:22 defeat in the Danish derby against Team Esbjerg.  And they did not experience any progress in the Danish league either.

Wednesday evening´s road game against 10th placed Holstebro ended in a 30:30 draw.  The only positive news – the result was good enough for Midtjylland winning the regular season.

Whereas Larvik succeeded at home (35:33) against ruling champions CSM Bucuresti and they also won the top match in Drammen against Glassverket,  31:25.

Midtjylland have won all five of their home games in the Champions League this season, but Larvik have shown their strength on the road.  In their five away matches, the Norwegian record champions took six points, including draws at CSM and Gyor.

The close encounter in their first game in Larvik might point to Midtjylland as the favorite since they also enjoy home court advantage – but is it that simple?

I see an even chance for either team to succeed and assign odds of 50:50.

Already Friday night, CSM Bucuresti recorded a 28:26 victory against Krim Ljubljana.  And on Sunday, Gyor can secure the top spot of the group if they beat Team Esbjerg.