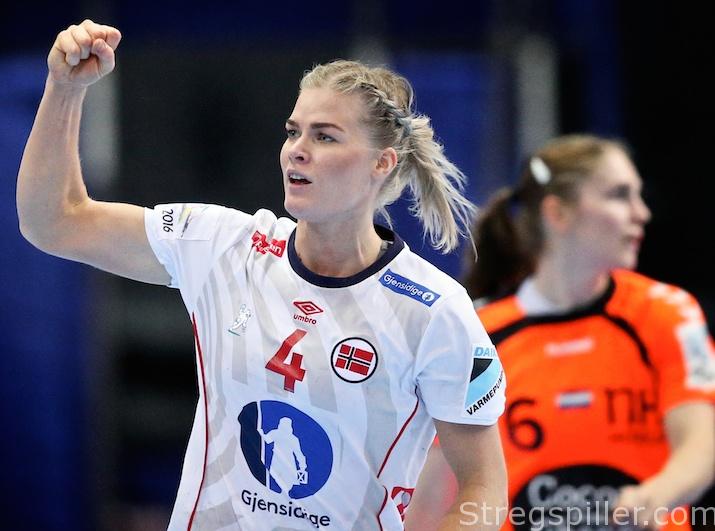 CHAMPIONS LEAGUE – MATCH OF THE WEEK – GROUP 2 – After a nervous first half, FC Midtjylland removed any doubt booking their quarter-final ticket, as the Danes cruised to a six-goal win.

The two teams were the only ones left with something to fight for.

Krim would need a victory of at least nine goals in order to qualify for the quarter-final. Any other result would send Midtjylland to the round of last eight.

The club from Slovenia had lost all their previous matches in the main round, but in most of the encounters, they were missing one or more players due to injury. But for this game, they were back at full strength.

Midtjylland, on the other hand, took only one point in their past five matches, having lost two Champions League- and two games in the Danish league.

Their only point came against TTH Holstebro (30:30), a bottom dweller in Denmark’s league.

The first success on the road in this Champions League season was enough to send FC Midtjylland to the quarter-final.

After a first half that was characterized by nervousness on both sides, Midtjylland left no doubt in the period in the second period of the match.

The Danes removed any doubt in the first minutes after the break. Goalkeeper Sabine Englert and playmaker Veronica Kristiansen were Midtjylland´s stars, in a match where Krim never had a serious chance of advancing.

It was the goalkeepers who dominated the first half, which was characterized by nervousness on both sides.

Misa Marincek (Krim) and Sabine Englert (Midtjylland) both did brilliantly and were major factors explaining the low score before the break. Their working conditions were made easy because of a multitude of poor shots from either team.

In fact, Midtjylland´s Norwegian international, Veronica Kristiansen, was the only player on the court who could look back on a first half with some satisfaction. The 26-year-old center-back scored six of her team´s 10 goals, and she only needed seven attempts of doing so.

Krim were leading most of the time, but never more than by two goals, far behind the required margin of nine that were needed to dream up quarter-final participation.

Unlike the home team, Midjtylland improved their offense a bit towards the end of a generally poor first half, and the visitors took a narrow lead.

Being one goal down, Krim began part two of “Mission Impossible”.

But Midtjylland did not “open the door”. Trine Østergaard handed the Danes their first two-goal advantage (12:10) and Stine Jørgensen, who stepped it up along with the entire Midtjylland attack in the second half, made it 13:10 shortly thereafter.

At this point, the matter was decided, of course and the rest of the match became a mere formality.

Even though the intensity dropped, an improving Midtjylland offense made the last 20 minutes worth watching.

In my view, Sabine Englert takes the award in close competition with Veronica Kristiansen.

First and foremost, a saving percentage of 52, Englert kept Midtjylland in the game in a shaky first half.

Maybe not a “highlight” in the true sense, but it was certainly a special moment in the match, when Krim´s Nina Jericek lost the ball while attempting a 7-meter penalty.

FC Midtjylland will meet either Vardar or FTC in the quarter-final, depending on the result of Sunday’s match between Esbjerg and CSM, while Krim’s 2016/17 Champions League season came to an end.