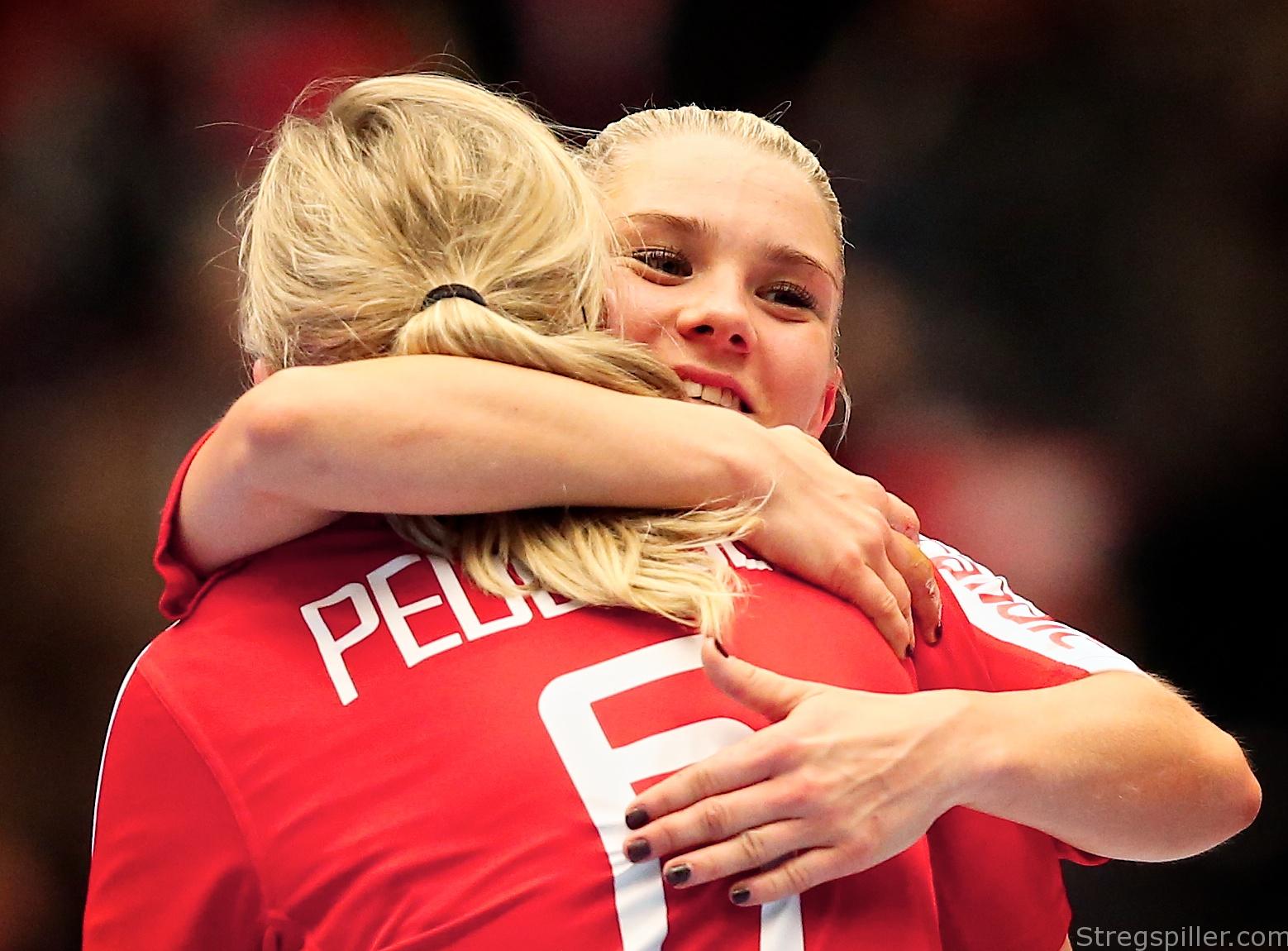 FC Midtjylland was close to throwing away a clear win, but the Danish champions managed to boost their chances of a quarterfinal berth, as they opened their main round campaign with a four-goal win at home.

Entering the next Champions League stage with three points, FC Midtjylland needed a home win against a “pointless” Sävehof who had practically lost the chance for a quarterfinal participation before the main round matches began.  The two teams´ performances in the group phase as well as a comparison between the two teams’ rosters also made it obvious that the women from Midtjylland were the clear favorite despite missing left wing Fie Woller due to injury and substitute goalkeeper Ana Vojcic who was ill.

FC Midtjylland jumped on their opponents from the start and three minutes into the game Sävehof’s coach Henrik Signell found it necessary to call for a timeout already.

At that point, Midtjylland was leading 3:0 and apart from a short slip of concentration around the middle of the first half, the home team continued to dominate the game, even though Danish international Louise Burgaard was rested and replaced by young Pauline Bøgelund on the right-back position.

Sabine Englert did marvelously behind a strong defense and on the other end of the court, Midtjylland benefited a great deal from Sävehof’s open defensive formation.

Lack of concentration also characterized Midtjylland from the start of the second half.  The hosts did manage to get up by six goals (16:10 and 17:11), but with four goals in a row, the visitors created doubt about the final result.  All of a sudden, the Swedish champion was down by two goals only (17:15).

However, goals from Susan Thorsgaard and Stine Jørgensen’s successful penalty shots increased the Danish lead to 24:20 and removed any doubt of how the final outcome would look like.

With five points, FC Midtjylland stays in the race for one of the four quarterfinal tickets. The away game on this upcoming Friday against CSM Bucuresti (the club also has five points) is likely to give a better indication of the Danish champions´ road ahead.  Sävehof´s hopes – if there were any – to proceed in the tournament are completely gone by now.