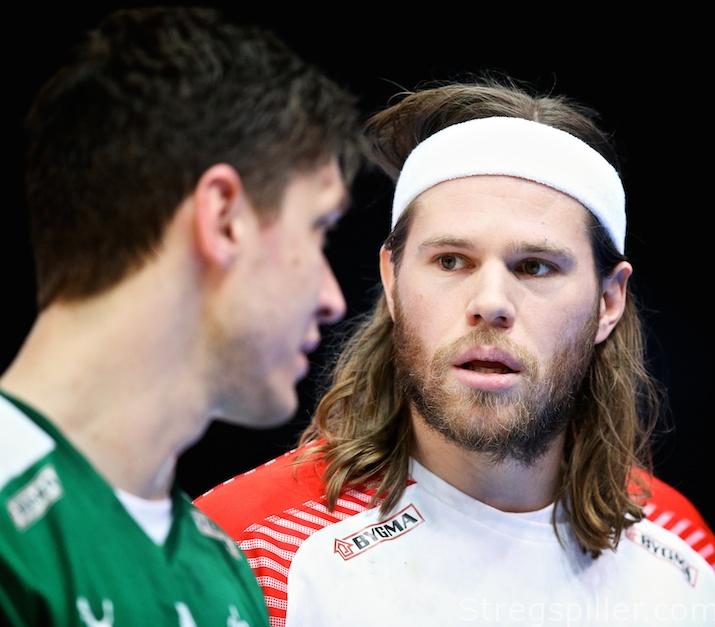 Denmark was able to hang on to a win against arch-rival Sweden, on Monday, in Paris, but almost wasted a four-goal lead at half-time.  Danish superstar Mikkel Hansen wasn’t too happy about his team’s performance down the stretch and thanked goalkeeper Niklas Landin, who had a spectacular game.  I talked to the PSG player in the mixed zone after the match.

Congratulations on a hard-fourth victory tonight, what did it make so difficult for you to escape with two points?

MH:  First of all, I think we managed quite a good first half, everything was under control.  We even had a six-goal lead just before the break.  But you know, if you start the second half like we did, you cannot go far in the tournament.  They got on a four-goal run very fast and obviously gained a lot of confidence.  On the other side, it was a great game from the guys, because we managed to win when we didn’t play very well in the second half.  Getting the two points gives us a lot of confidence.  But we have to talk about the fact that we cannot start the second half like we did today.  Obviously, if you want to go far in a tournament, it’s not possible for a team like us to play as slow as we did in the second half.

Hans Lindberg said earlier that you still have to improve a lot, if you want to win the title.  Do you agree with him?

MH:  Of course!  But that’s great, it’s great that we have a lot of things to work with.  That’s always a pleasure as a player, that you have a lot of things that you can change to get better.  So after a game like this one, when we had everything in our hands and when we didn’t manage to seal the deal – of course we have to improve a lot.

One final questions regards the workload.  In the Bundesliga a lot of players are complaining about a tough schedule.  You, personally, played in the Olympics, the European championship, and you made it to the Champions League Final.  How’s your physical condition at the moment?

MH:  I think it’s okay – it’s early in the tournament but as you say, we have a problem.  After my Olympics, I had one day in Copenhagen, then I had to go back to Paris.  There, I had some practice sessions and I think six days thereafter we went to Qatar, played three games, went back and then the season started.  We played two games per week since then, and it was great for me to get back home before Christmas with ten days off.  If you see the schedule it was great to have some days off, especially to free your mind.  Right now, I’m okay, but as you say, it’s an issue, not only physically, but also mentally.

Why is it such a problem mentally?

MH:  Mentally it’s difficult to be there every day, all the time.  It’s a problem for the big teams and the big players.  When you play on a big team you’re expected to win every time.  Every time you step on court, you have to play on a very high level.  You have to win in the league, you have to win in the cup.  We have two cups in France.  You have to win with the club, you have to win with the national team.  It’s the same players who play all these games.  So the underdogs are very satisfied because they play once a week.  I understand this.  But for the clubs who go for the league title or winning the Champions League, or the cup title, they do have a problem.