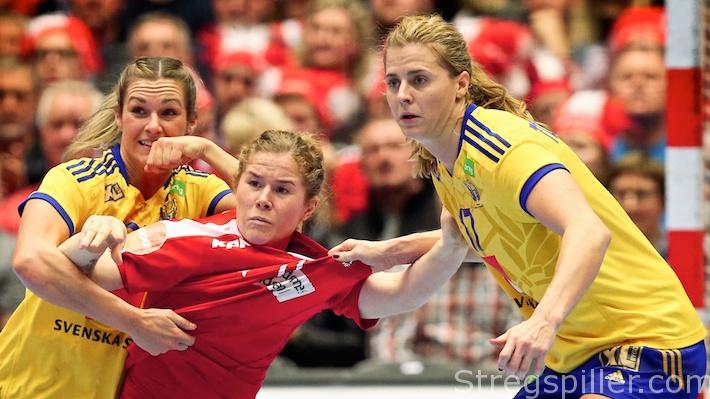 The moment of truth for Signell and Sweden

Henrik Signell had no success with Savehof in the Champions League this season. In December, he will face the expectations of Sweden’s fans in his role as national coach at the European championship on home ground.

This year is Henrik Signell´s first as Sweden’s national coach along with his duties at IK Savehof.  So far, his season has not been particularly successful, considering the results with Savehof.

By far the strongest team in Swedish women´s handball in recent years, the squad failed to qualify for the Champions League main round for the first time in four years.  They also ran into a more than rare defeat in Sweden’s domestic league, as they lost 25:22 on the road against seventh placed Västerås.

Next month, Signell can fully concentrate on the national team where expectations are running high ahead of the European championship on home soil.  In Stockholm, Sweden will be meeting Spain, Slovenia and Serbia in Group A.

It won’t be a walk in the park, and neither will be the matches against their expected opponents in the main round group, where Olympic silver medalist France will be waiting alongside World Championship runner-up Netherlands as well as either Poland or Germany.

It’s one thing if Sweden fails at the championship in their own backyard, but Signell has exposed himself to criticism through his nominations already.  For example, it is a big mystery, why one of the most experienced players, left back Linnea Torstensson, has been left out and is listed among the reserves players.

It is almost as strange that Ulrika Toft Hansen, who has done very well at Team Esbjerg in the Champions League as well as in the Danish league this fall, has not been found worthy of a nomination as one of the line players.

Instead, Signell has nominated FC Midtjylland’s pivot, Linn Blohm – she is questionable due to an ongoing foot injury – and internationally inexperienced Anna Lagerquist from Lugi HF.

It is also surprising that Signell still sticks to using Nathalie Hagman as right-wing, considering her stellar performance as back player in her Danish clubs Holstebro and Nykøbing Falster.

In fact, Sweden´s chances in the tournament may very well be defined already in their opening match against Spain – a team, which is to be taken very serious.

Sweden will make it to the main round based on home court advantage, but not much further than that.

Actually, we have to bend the concept of “Three to Watch” a bit as both goalkeepers will be crucial to Tre Kronor´s chances of doing well at EURO’16.

The two women had their fair share of success in this year’s edition of the Champions League – Idéhn with Team Esbjerg and Bundsen in Savehof.  The international experience on top of their skills will be desperately needed in order to get Sweden a good result.

Fall has not been great for Bella, and it has not been for her team CSM Bucuresti either.  Sweden´s most popular female handball player will simply have to find her form last seen in spring, when she played a deciding role in CSM winning the 2016 Champions League.  Sweden’s success will depend on Bella having a great December.

Here I would have written about Linnea Torstensson – if she were nominated.

In her absence, however, it is hard to point your finger at any of the remaining back-court players, apart from Gulldén, who can make a real difference.  So let us focus on “Loui” instead.

The fast and elegant Savehof winger will be another crucial figure to keep Sweden´s hopes and aspirations alive.  Her counter attacks as well as her spectacular shots from left wing will become highlights of EURO’16.