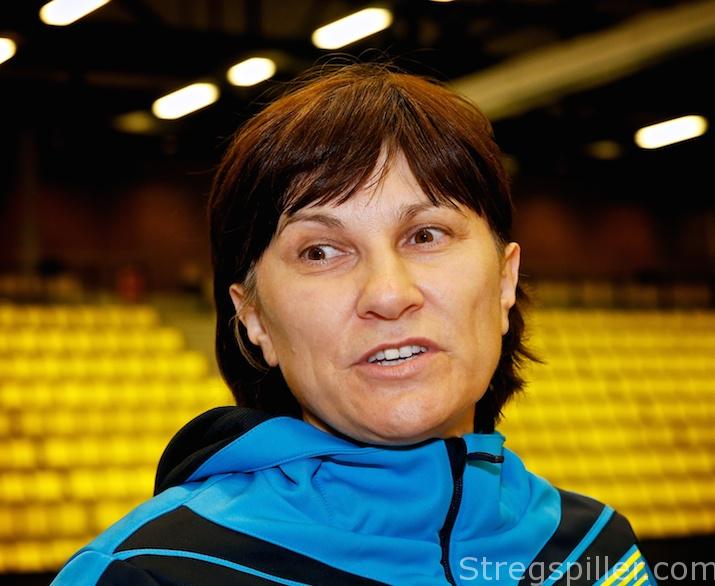 Money makes the world go around

“Money makes the world go around” is probably one of the best-known songs from the musical Cabaret, and most unforgettable is the scene when the duet of Liza Minnelli and Joel Grey performed the song in the 1972 movie.

The same holds true in sports, where many clubs have come to realize that money makes their world go around, especially when they are short on capital.  This hard fact of life also applies to HC Podravka Vegeta.

The great times of the Croatian club are lying 20 years back, by now.  Winning the Women´s Champions League in 1996 was their finest achievement.  These days they are happy to just qualify for the Champions League.

Last time Podravka succeeded in their quest for success was two years ago; last season they were sent out in the qualifiers already.

Norwegian Glassverket turned out to be too strong in the final in Drammen, where Podravka were defeated 28:19 by the host.

This weekend, Podravka are back in Norway to play yet another Champions League qualification tournament, this time in Kristiansand.

Their opponent in the semi-final today will be Turkish champion, Kastamonu Belediyesi, and in case Podravak succeeds, they are likely to run into hosts and group favorites Vipers Kristiansand in the deciding match on Sunday.

An inexperienced, but promising team

Petika, a former top player herself, took over the helm ahead of this season, and she sees great potential in her new squad.

“It is a very young team and a very new team, but also a team with a lot of potential.  I see large opportunities to develop this team further,” says Snjezana Petika who has her own daughter, Tena playing in her squad.

The Podravaka crew of today consists entirely of Croatian players, and according to the coach, there is one obvious reason that explains it all.

“This is our financial situation.

“We simply cannot afford to sign expensive foreign players.  Instead we try to develop promising Croatian talents, and so far, these efforts seem to be turning out successfully,” finds Snjezana Petika.

Reaching the group phase would be a huge step

“Reaching the group phase of the Champions League would be a huge step to us and a great opportunity for our young players to gain international experience.

“However, it is far too early to even speculate in proceeding to the group matches.

“First of all, we have to overcome Kastamonu in the semi-final.

“We know quite a lot about them, not the least because they have Croatian players in their team – we know that they are a strong team and they are progressing.

“Right now, we focus entirely on this game.  After that, we will have to see who we will be meeting on Sunday, and what we can do about it,” says the coach.

Hoping for the great times to return

Will the great times from the 90ties and the first years of this millennium ever return in Podravka?

“If the sponsors start coming back, I definitely see a possibility, but first and foremost it is up to us to getting our sponsors interested in supporting our club.  We can do that simply by performing well on the court.

“I choose to think positively, so I hope and believe that you will see Podravka back at the top of international handball again in a not too distant future,” says Snjezana Petika.