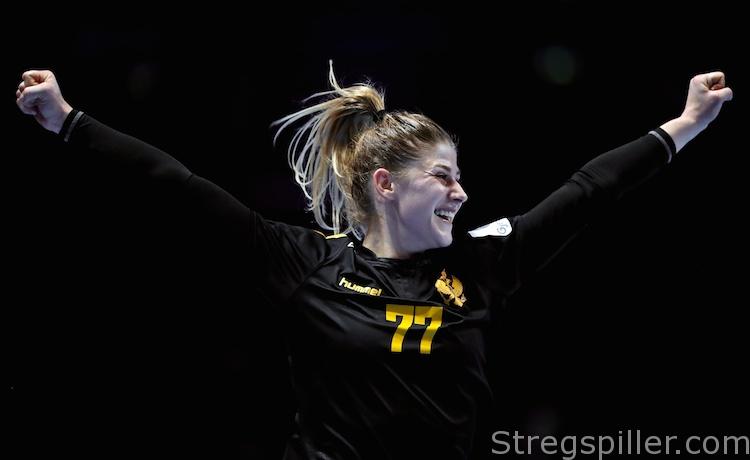 MATCH REVIEW – Even though the final result only showed a two-goal difference, Montenegro were the by far better team in the late match, in Group II, in Nantes on Thursday night.

*Sweden carried two points to the main round, while Montenegro had nothing to show.

*While Sweden’s 22:21 win versus Serbia, in Group A, was enough to secure two points going forward, Montenegro lost 24:23 against Russia and somewhat more clearly, 25:20, to France, rendering the success against Slovenia meaningless.

The scoreboard did not tell the whole story of the late match, on Thursday night, in Nantes.

Montenegro approached the game with much more urgency and Sweden were unable to cut the deficit, not before the match was effectively decided.

A brilliant Milena Raicevic as playmaker and her two wing players – Maida Medmedovic and Jovanka Radicevic -dominated almost the entire match and Montengro booked a deserved win that will keep in them in the race for a semi-final ticket.

Montenegro set the tone from the get go.

An improved Filipa Idéhn in the Swedish goal played her part, while Jamina Roberts and Isabell Gulldén did what they could on the other end of the court, to keep Sweden in the game.

But, Montenegro’s attack was flowing virtually uninterrupted, in addition Raicevic & Co. benefited from a number of ill-advised shots as well as several technical mistakes by the Scandinavians.

By half time it was difficult to see, how Sweden would stage a come-back.

May be Sweden hoped for some Montenegrin fatigue, as head coach, Per Johansson, was “forced” to play with the same outfit – give and take – throughout the entire 60 minutes.

To make it short – it did not happen.

The Montenegro took some pace out of the game, but that did not mean that they weren’t dominating the affair anymore.

They held on to their four to five-goal lead, before increasing the advantage to seven goals, at 28:21.

Only in the final minutes of the match were Sweden able to reduce the score, when they got within two goals. Yet, the come-back came way too late to change to outcome of the game.

“We knew it would be a tough game, as Sweden are a good team, but I think we were very well prepared.

“In defense, we played a strong game, and that’s the main reason, why we were controlling the match.

“It’s obvious – the win means that we are still in the race for the semi-final, and now we have three days to rest, before we’ll meet Serbia and Denmark. Let’s see how these matches turn out and how things look thereafter.”

“We got off to a poor start, especially in defense and that you cannot afford against a team like Montenegro.

“From the start of the game, it felt as if we were not ready and we paid the price for that.

“Towards the end – I think – we did better, but that was certainly not enough.

“Now, it will be difficult to reach the semi-final, of course, but we have to move on and try to beat France and Russia.

After the win, Montenegro reports back into the race for the semi-final as they have three days to thoroughly prepare for their next assignment against Serbia.

Judging by their performance on Thursday night against Sweden, it is definitely too early to write off the team of coach, Johanssen.

Sweden can only rest until Saturday, when they are up against France – a difficult task to put it mildly.