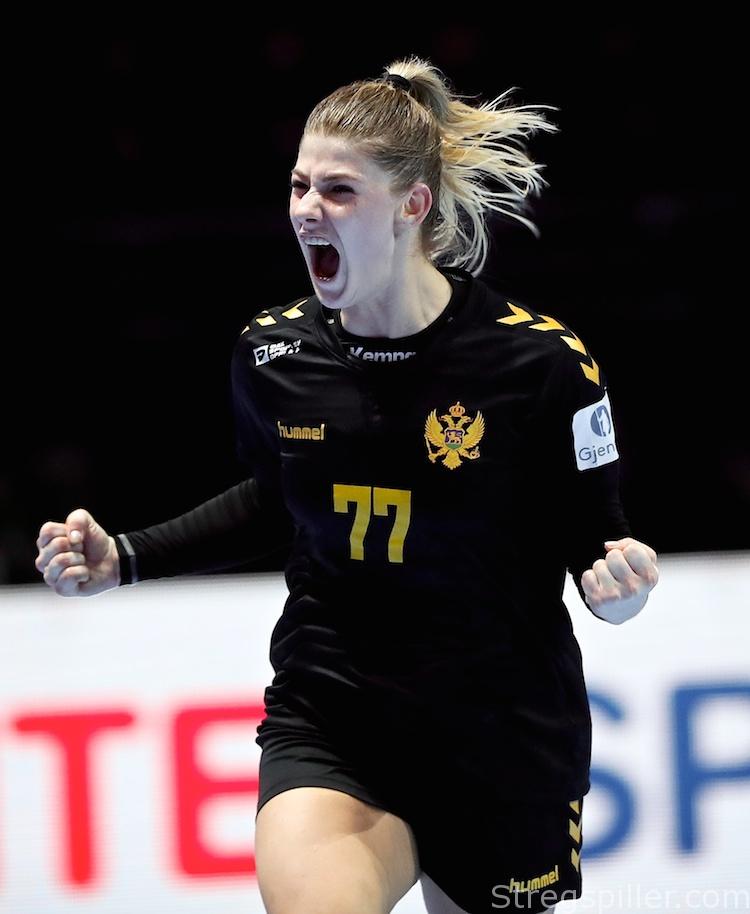 In this three-team group, also including Romania, both sides were coming into this desperate for an early victory and put one foot on the plane to Tokyo.

Kim Rasmussen did a fine job with the Montenegrin team on short notice at EHF EURO 2020, leading them to a very respectable eighth place, but it’s all about the Olympics for this team, particularly for star wing duo Majda Mehmedovic and Jovanka Radicevic.

Norway came into this on the back of a dominant showing at December’s championship, deservedly winning gold with relative ease. The big team news for them was the return of Nora Mørk, who had not played since a thankfully not-serious knee injury in January.

Montenegro pulled off a result that probably nobody, besides themselves, thought likely heading into this weekend. After weathering one comeback in the first half, they stepped up another gear, combining their world-famous fighting spirit with some quality handball to earn a five-goal win.

As you might expect, Montenegro came out swinging from the first bell but it seemed to catch Norway cold. Stray passes and poor shooting cost the Scandinavians dear, while the hosts were relentless at both ends of the court. A Jovanka Radicevic lobbed goal in the 13th minute gave them a 9:4 lead and forced Thorir Hergeirsson into his first timeout.

Norway made a few changes, including bringing Katrine Lunde in between the posts and the game began to change. Although Nikolina Vukcevic’s efforts at the front of a 5-1 defence prevented Norway from playing their free-flowing attack, they managed to find a route to goal with counter-attacks, penalties and Malin Aune on the right wing to cut the deficit to 13:12 by half-time.

Any suggestions that Montenegro would be disheartened and simply roll-over were cast aside immediately as they won a par of turnovers and quickly opened up a three-goal lead.

Both sides were feeling the strain as the second half wore on as neither looked at their best in attack. Montenegro were playing their hearts out in defence and growing in confidence with every goal they squeezed in. Two goals in a row from Matea Pletikosic gave the home side a six-goal lead with just over eight minutes remaining and suddenly it began to feel real.

When Djurdjina Jaukuvic fired in her seventh goal of the night to make it 27:21, the sensational result became a certainty.

The entire team played a blinder. Ljubica Nenezic read the wing shots masterfully in goal, Rasmusovic finished any ball she got into the line, while Jaukovic and Radicevic fired in seven and six goals respectively.

But what made the biggest difference today was Montenegro’s defence and credit has to be given to Kim Rasmussen for this. First of all, in his own words, they got the **** back on transition defence, but it was the aggressive 5-1 defence which stood out to me.

Nikolina Vukcevic was well placed out in front throughout and it brought back glimpses of the second half of the EHF EURO 2020 final, when France left Norway dumbstruck. It happened again here as Norway never found their groove in attack, no matter how many combinations of back court players they tried.

“The result says it all. This spirit we have was amazing, I also think the defence was very aggressive, making it very hard for the Norwegians.

“With the players we have out, I said before the tournament that someone else will have to take the responsibility and step in. The team did and many players did, so I’m a very happy and proud coach right now because I don’t think anyone believed in this.”

Norway have fewer than 24 hours to reset and get their act together to take on Romania on Saturday in a must-win match, with the top two booking a ticket to Tokyo.

As Kim Rasmussen said himself, Montenegro can enjoy this result tonight, before preparing for Romania on Sunday, a game which they are likely to need another positive result in to qualify.