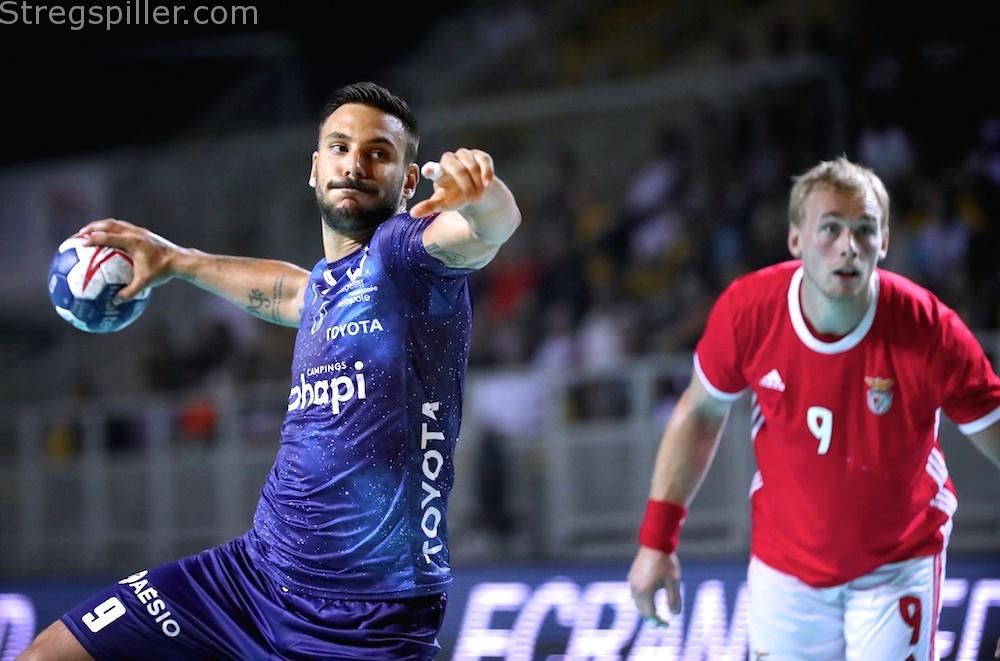 “Montpellier is an opportunity I don’t want to waste”

If you were in Strasbourg for the pre-season Eurotournoi this past weekend, you could not have missed him among all the new signings of Montpellier. Even though there are seven of them, Hugo Descat stood out on left wing. All in all, he played ninety minutes (thirty in each game), scoring 18 goals and prompting team manager, Patrice Canayer, to say : “If I didn’t decide to give him some rest, he probably would have ended up as top scorer of the tournament. Right now, everything he does is right. He’s really motivated and he’s adds another dimension to the game rather than staying in his spot on the court. That’s exactly what I need.”

It feels and looks like Descat’s integration into his new team was an easy one – just like all the other arrivals. He was a key factor in Montpellier’s winning streak at the 2019 Eurotournoi, next to Marin Sego’s saves and the goals of Gilberto Duarte.

“Don’t fool yourselves, we’ve been hard at work here. The last six weeks have been pretty intense. Of course, I’m happy that I score and I’m quite satisfied with the way we played. But, we all know that, right now, is the easiest part of the season. The hardest part is yet to come,” he explains.

Talk about difficulties – the last couple of seasons haven’t been all fun and games for Hugo Descat. Back in 2013, he enjoyed a single appearance with the French national team, but since then life as a professional handball player took a different turn. Despite finishing third in the top scorer list in the French league, he was not contacted by a single French club in the summer of 2017. Why? Most of the pundits will say that Descat carries a reputation that does not do him any good.

“People have heard things that I am not manageable, that I’m not easy to work with. But, I’ll tell you, I never had any problems with anyone – not in Créteil nor in Bucarest. Yes, I do say what I think, I do not apply a filter. This aside, I would never cause any trouble,” says the 27-year old. Being outspoken – was this the reason why Hugo Descat spent two seasons in Romania, in order to keep his handball career alive ?

In the past two years, a lot of things changed for the French left-winger. Aside from not getting paid every month, his life took yet another turn.

“My girlfriend was pregnant when I left for Romania, but she wanted to have the baby in her home country, in Bulgaria. So, for the first six months in Bucarest, I was on my own. I was tough because not every moment was fun,” as he recalls.

But, he did play in the Champions League and he delivered a number of good performances. Good enough to establish contact with Montpellier last winter. Patrice Canayer, the club’s manager, has been following him for years but now there was an empty slot on left wing. It felt like the stars had aligned.

“I talked to Hugo and his agent and I could sense his motivation to come back to France and finally prove his worth. I do not care what went on before. What I need from him is to work the right way and bring something to the team. Reputation, hear-say – I do not pay any attention to.” adds Canayer.

One month into pre-season, you can feel that Hugo Descat already is highly motivated by the challenges in Montpellier.

“The club put a hand out to me and I want to prove that they made the right decision, to believe in me. I feel like I owe them a lot and the least I can do in return, is to give everything everyday,” says the former U21 world champion, adding that he “owes himself a revenge” as well. But what exactly does this mean?

“Maybe I didn’t do everything the correct way, in the past. But I’ve changed, I’ve grown up, both as an individual and as a player.”

Descat won’t talk much about his ambitions, but is wearing the jersey of the French national team an option down the road? Right now, Hugo Descat is too busy enjoying the moment. He has an opportunity in Montpellier which, in his own words, he thought he might never get again. He won’t let this one slip away.