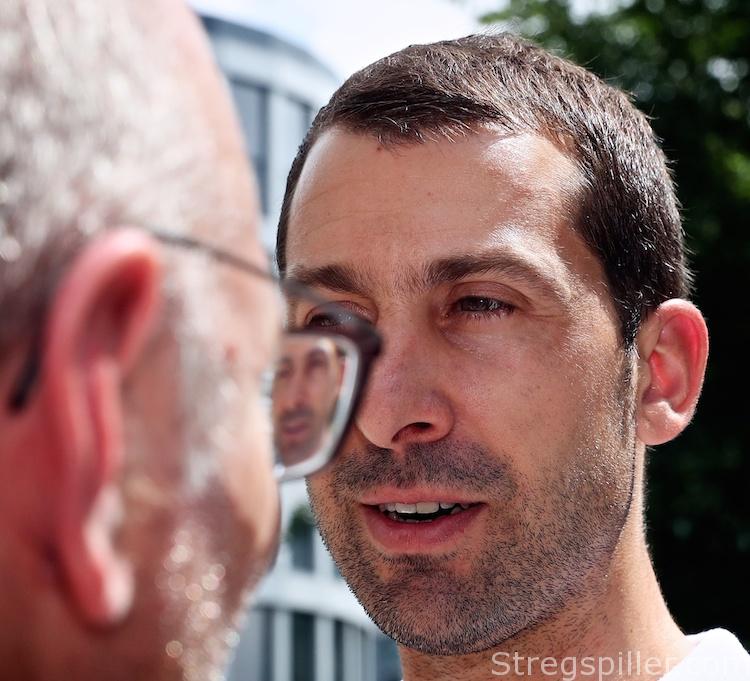 Montpellier not here to enjoy the spectacle

A trip to Cologne and the VELUX EHF FINAL4 has been a long time coming for Montpellier Handball.

The 2003 EHF Champions League winners came agonisingly close to reaching the very first edition of the event in 2010, losing to Chekhovskie Medvedi in a quarter-final penalty shootout.

That was the first season at the club for Vid Kavticnik, who is one of the few remaining players from that campaign, who has experienced their long road back into contention at this level.

“When I moved here, the goal was always to qualify for the FINAL4, nine years later we managed to do it and I’m really happy for the club that we have made it,” said Kavticnik.

After the near miss in 2010, the French club had another glorious opportunity the following season, letting a four-goal aggregate lead against Rhein-Neckar Löwen slip in the final 30 minutes at home.

The dream of reaching Cologne then began to disappear, with Last 16 exits and a run to the EHF Cup Final the best they could manage for a six-year spell.

Financial difficulties did not help matters, but Montpellier came out the other side and their climb back to the top has been remarkable. Coach Patrice Canayer had a massive part to play in this resurgence and his work ethic has truly inspired the team.

“He works the most in the club, from 07:00 to 20:00. He’s been the coach for over 20 years, but he has kept his job fresh, changing the way he works. With him, you cannot say I will not work today, you need to work hard and progress every day,” said goalkeeper Vincent Gerard.

Rise from the lower groups

Montpellier came crashing back into the consciousness of casual handball fans in last season’s Last 16 round, where they emerged from the Group C/D playoffs to dump out defending champions Kielce with a pair of commanding displays, both at home and away.

Canayer’s men pushed Veszprém all the way in their quarter-final and now everyone knew the men from the Mediterranean coast are here to stay.

This year’s winding road to Cologne saw them take care of Groups C/D again, before a season-defining win over Barcelona in the Last 16 and a brilliant home victory over Flensburg to book their spot in club handball’s biggest weekend. But that is not enough.

“It’s really great to be here, but I am not satisfied. I did not come here to enjoy the spectacle and play in this big arena, I want to win the games. This is a competition and I want to win it,” claims Slovenian international Kavticnic.

Since that quarter-final win, Montpellier have been embroiled in a fierce French league battle with PSG and a defeat on Tuesday against St. Raphael Var saw them give up their long-held lead at the top of the table.

At a VELUX EHF FINAL4 event with three French teams, it may be difficult not to be reminded of that disappointment, but their semi-final against defending champions Vardar means they could shift their focus away from domestic opposition, at least until Saturday evening.

“It’s a different atmosphere when you get here, everything is about the FINAL4. We are now extremely focused because we know we are capable of doing a great thing here, but we are also capable of doing a bad thing, so we are ready to switch on and remain concentrated for 120 minutes of handball, right until the end,” concludes Kavticnik.