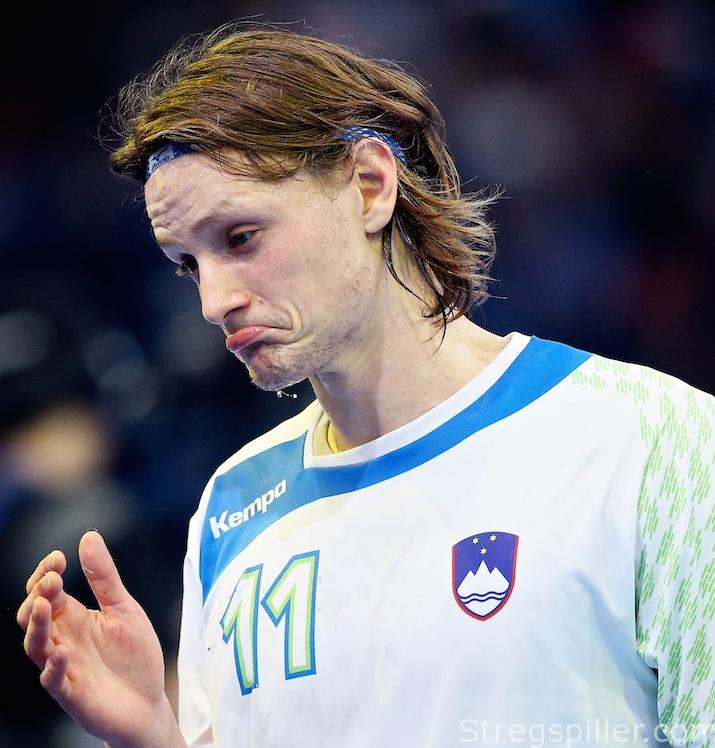 For the first time in the past six seasons, Montpellier had reached the quarter-finals of the EHF Champions League.  In itself, an impressive performance, after having started the European run in one of the two lower ranked groups.  The club from the south of France finished first after two initials defeats against La Rioja and Eleverum, and eventually eliminated title holder, Kielce in the round of last-16.

And the Cinderella story was still continuing at half-time of the return leg, in the quarter-final, against Veszprem.  After suffering a three-goal defeat in Hungary, Montpellier was leading by four, virtually qualifying for the Final Four in Cologne at the beginning of June.

That was before reality took hold, and last year’s finalist destroying the French dream.  Frustrating, but encouraging at the same time.

“Think about it – after three halves in the quarter-finals, we were head-to-head with Veszprem.  That’s something big in itself.  But, at the end of the day, they had more experience.  If you look at our roster on Sunday, our oldest player was Vincent Gérard, aged 30.  Which is about the average age of Veszprem’s squad”, conceded Patrice Canayer, Montpellier’s coach.

Of course, age doesn’t explain talent.  This season, Ludovic Fabregas, Valentin Porte or Jure Dolenec all stepped up and have yet to turn 30.  But at this stage of the competition, experience is a very important part en route to the FINAL4, in Cologne.

And Montpellier, given the club’s financial framework, is more or less forced to let go of his most experienced players year after year.  Last summer was an exception, though – the club was able to keep Michaël Guigou and Vid Kavticnik, the two leaders in- and outside the locker room.  Sadly, both of them were injured, and their absence was dearly felt in the decisive match against Veszprem.

Before the 2016/17 Champions League season, Montpellier’s Dragan Gajic escaped to Veszprem.  And the absence of the Slovenian right-winger was felt this past Sunday, when he scored the first three goals for the Hungarian side while, Aymen Toumi was struggling.

Sadly, this vicious cycle, consisting of rebuilding the team once the best players leave, is what lies ahead for Montpellier.  Their best player this year – Jure Dolenec – is assured to play in Barcelona next season.  The French club couldn’t compete financially with the offering of FC Barcelona Lassa.  And the Catalans did not stop there – they set their sight on Ludovic Fabregas as well. He will join in the summer of 2018, while Vincent Gérard may leave at the same time.  It all means that Montpellier would lose three of the best players – players who are at the core of the project that started back in the summer of 2015.

Patrice Canayer has rarely made mistakes when it comes to recruiting top talents – Jonas Truchanovicius being a perfect example. In the French league, the Lituanian has proven that he can be a real asset – still he has yet to reach Champions League level. Surely he will be there pretty soon, but not yet.  We can probably say the exact same thing about Melvyn Richardson and Benjamin Afgour, this time next year.

And while Mathieu Grébille and Baptiste Bonnefond – Montpellier’s homegrown talents – have yet to deliver more consistent performances, Montpellier will have to wait a bit longer before reaching the Champions League quarter-finals again.

“Today, in sports, you can be labeled “extraordinary” after just one game.  But the fact is that you’re judged on sixty minutes and fifty games a season.  And this is the difference between Veszprem and us.  At the moment, we have no players, who are able to compete with Veszprem over sixty minutes, and fifty games per season”, concluded coach Canayer after the match.