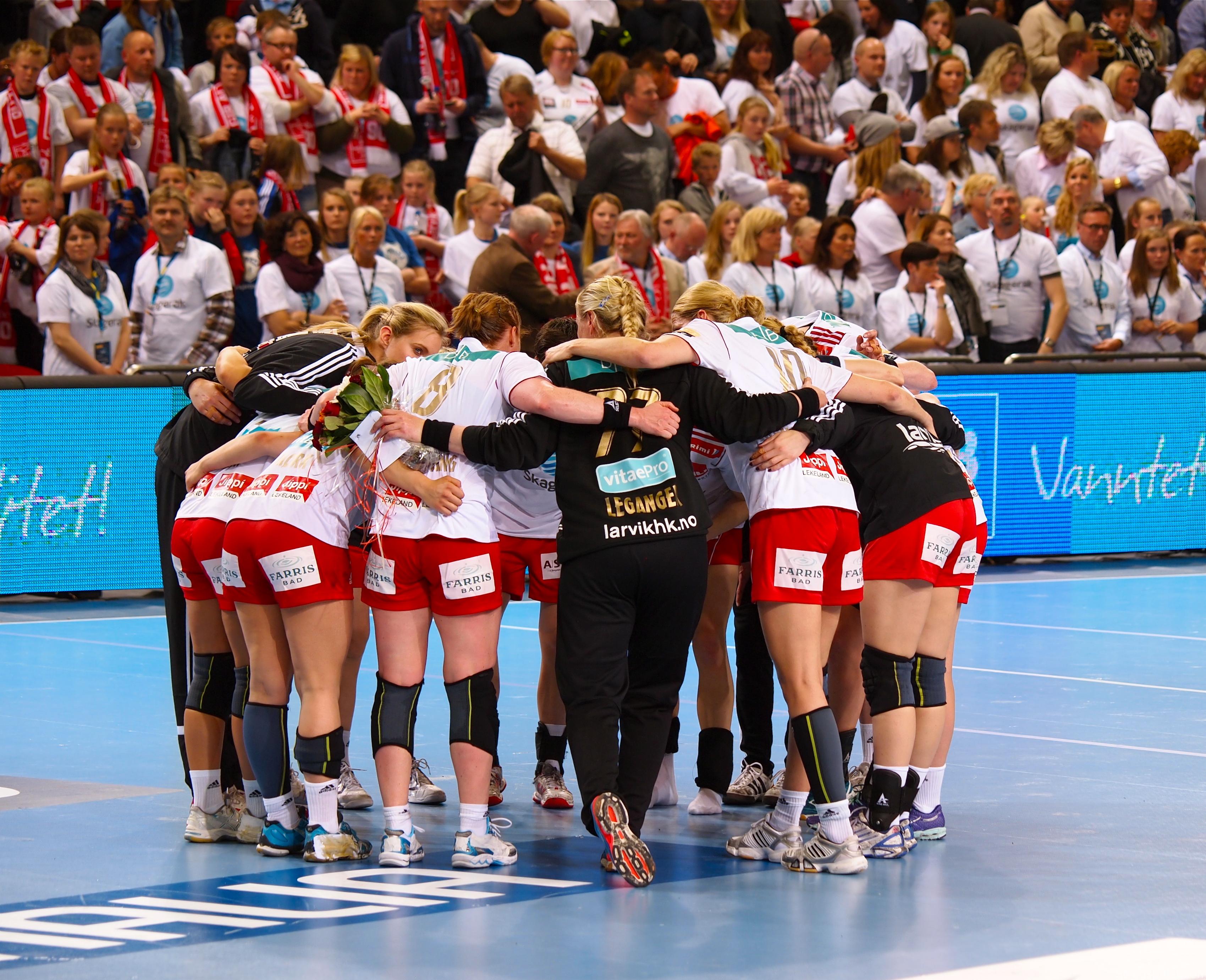 “Those who are about to die salute you”.  Anno Domini 52 this Latin phrase was reportedly used for the first time during an event on lake Fucinus when captives and criminals were destined to die fighting during mock naval encounters in the presence of emperor Claudius.  1,961 years later the participants of women’s EHF Champions League Group 2 (or Group 1 for that matter) will not suffer the same fate while determining the semi-finalists of next year’s first Final4 event taking place in Hungary.

Yet many sports journalists and media outlets resorted to similar combative language  following the draw for the main round that took place last Tuesday in Vienna.  In expectation of numerous tense moments “Killer Group”, “Nightmare Draw”or “Groupf of Death“ was some of the more dramatic terminology hitting the printing press to describe  the competitive landscape of Group 2.  Athletes and club representatives alike used only somewhat more benign language when acknowledging the difficult tasks ahead.  Most of the top teams had hoped for seemingly weaker opponents from Scandinavia (Midtjylland, Saevehof) or Germany’s only remaining club Thueringer HC.  On the one hand teams looked at an apparent favorable set of circumstances (Group1) and on the other hand clubs were relieved from illusion that the next round of games would resemble a walk in the park (Group 2).   Simply put – WHC Vardar from Skopje already appeared to be the winner of Group 1 while all participants in Group 2 had “lost” something before the first attack on goal beginning February 1-2, 2014.  Predrag Boskovic, President of Buducnost Podgorica jokingly pointed out “that only THW Kiel and CF Barcelona were missing in Group 2.”

But when examining the make-up of Group 2 (incl. Larvik HK, Buducnost Podgorica, Gyoer Audi ETO KC, RK Krim Mercator) more carefully one comes to realize that there is nothing horrific or frightening about it at all.  The opposite is true – most everybody will be winning

Virtually every game should produce a sell-out crowd for the hosting club as well as a positive cash-flow.

Every handball fan can look forward to 12 (!) Champions League “Finals” well ahead of the Final4 tournament in Budapest on May 3-4, 2014.

Given that all four teams of Group 2 are equally matched, tight and spectacular games of the highest quality will be all but assured while producing the very best advertisements for the sport and its supporters.

A dozen handball games involving the world’s top athletes will surely   produce a magnitude of capturing stories such as the one of the two sisters playing pivot on opposing teams – Heidi and Lise Loke.

Every player, coach and referee in the world is looking forward to a so-called “do or die” game in their career when their respective skill and cleverness will be on display.  Now they can look forward to a whole round of handball contests of historic proportions before a grand finale.

The main round of women’s Champions League 2013/14 will captivate audiences well beyond the borders of their native countries.  What a fantastic opportunity to provide the sport of women handball another push!

While most handball observers appear to focus on the developing drama in Group 2 the teams of Group 1 (FC Midtjylland, WHC Vardar, Thueringer HC, IK Saevehof) will create their own amazing events while relying on their fans to serve as their “eighth” player.  Which club will surprise and book a ticket to the inaugural Final4?

At this point it is too early to tell which team will make it to the final round.  First a World Championship will have to be played in Serbia and hopefully all athletes will emerge from the event injury free.  What follows in February through May of next year will be women’s handball at its best performed by some of the finest players the sport has ever seen.  The Champions League series 2013/14 will culminate in front of 12,500 spectators at Papp Laszlo Sportarena in Budapest.  Not to be taken literally but for any handball fan an event “to die for”.