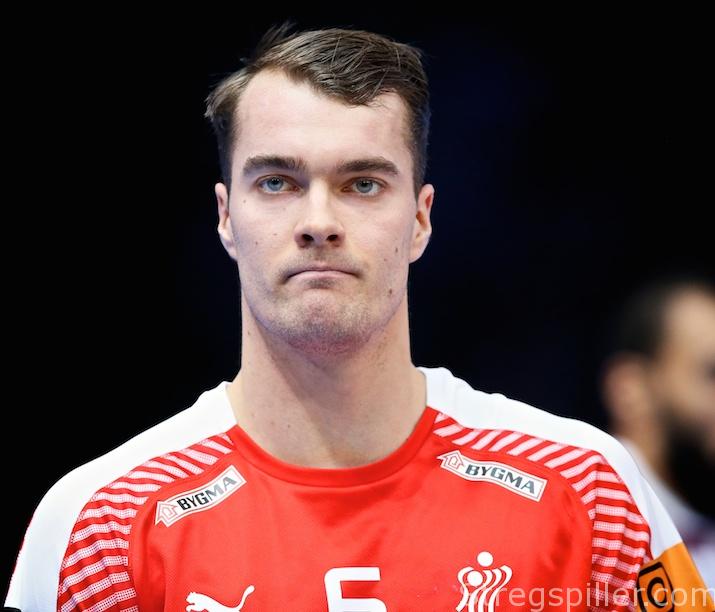 It’s not official yet, but all rumors hint Danish left-wing, Casper Mortensen, joining Spanish handball giant FC Barcelona in the summer 2018. His current club, TSV Hannover-Burgdorf, and the player himself already announced the departure. I talked to the HBL’s scoring leader about his reasons to move on, the team’s objectives in a season of ups and downs and the state of the national team with a World championship on home soil coming up in January of 2019.

Casper, thanks for taking your time, especially after a tough loss in Magdeburg on Sunday. What’s your take on the game?

CM: Well, if you are down early in Magdeburg and once they get on a roll it’s really difficult. It’s a tough venue to play, 7,000 crazy fans, a great atmosphere.  Right now, we don’t have the self-confidence to turn such games around away from home. Also, we didn’t fight hard enough and during stretches of the game when we were down by ten goals, we looked like a youth team. That’s just not right. You can lose in Magdeburg, but you can’t lose like this. Without fighting, without energy, that’s not okay.

It seems like you are running a bit out of gas, considering that most likely your team will finish in sixth, position in the HBL, no matter what happens. Does it influence your performance?

CM: I can definitely say that this has been my motto ever since – with my club or the national team, I want to win all the time, every single game. I’m probably one of the guys who’s disappointed most after losses. That makes it even harder for me to acknowledge that we didn’t fight as hard as we could have.

This weekend you will face HSG Wetzlar in the semi-final of the German Cup Final4. Three months ago, I would have said you will be the odds-on favorite to win the game, but right now I’ve my doubts. Is it just 50:50 at the moment?

CM: Wetzlar has a very good team, we lost there by a couple of goals not too long ago. They also have a great coach; they play much better than they did during the first part of the season and we lost our last three games. But anyway, matches like this one are always 50:50. I have enough experience, also with the national team, that I know all that can happen. You have to give everything, then you can make mistakes but it’s a mental game as well.

Is your approach any different knowing that it might be the last German Cup Final4 in your career?

CM: I haven’t thought about it too much, to be honest, because I was focused on playing the league matches. You have to prepare well, your attitude has to be right. Once the game starts you just have to go with the flow of the match. Every match is a different story. Sure, every player has a different approach, but I know that it works best for me when I let the game “come to me”. I know it sounds like a cliché, but I watch a lot of video and try to prepare well. Then, I just start playing, maybe score a goal and go on from there. I put all my energy into the game and the battery has to be empty after the 60 minutes. I also played like this in Rio at the Olympics.

As we know you will leave Hannover after the season. Barcelona hasn’t been confirmed yet as your new club. But can we say you have to learn a new language?

CM: Hahaha … well, all I can say right now is that both the club (Hannover-Burgdorf ed.) and I have confirmed that I will leave in the summer.  My contract was running until 2020, but I have a unique opportunity and just had to grab it. It was a tough decision to make, because it has been a great season so far and a lot of fun. I came over from Hamburg after the club went bankrupt and back then a lot of journalists asked me when I would be back playing on this court (in the Barclay Card Arena ed.). It took a while, but we deserved it, after beating Kiel and Göppingen en route to the Final4. So, it has been a difficult decision and I didn’t take it in just a week. Actually, it all started in January and I thought a long time about it. I made the decision but until it’s all done in Hannover-Burgdorf, my focus will be on the remaining games.

Did it play a role  in your thought process that the DKB Handball-Bundesliga (HBL) is the most demanding league in the world?

CM: No – it’s not important for me, because we “only” played in the HBL and we didn’t compete in any European league. I hope for my teammates that it will the case next year and I really want to help them accomplish this goal. My choice has nothing to do with the stress that you experience in Germany’s domestic league. It’s a childhood dream coming true.  I dreamed about it since I was very young.  Sure, the stress is much higher in the HBL, but as a winger I don’t suffer as much as back-court or line-players. It could have been different for me if we would have competed on the European stage. I know from my national teammates, who also play in Germany or France, that they are under immense pressure. But for me it wasn’t a factor.

Do you think the France’s “Starligue” has surpassed the HBL as best league in the world, now that three French clubs made it to the Final4 of the Champions League?

CM: I don’t think it’s a good development for the Bundesliga, and it shows that the French league is getting stronger and stronger. In Germany, the physical stress is very high and the best players go somewhere else, because other teams can pay the same (or more) and you’ll play less games. One good example is Rasmus Lauge, who is at his highest performance level so far in his career and the number one player in Flensburg. But the stress is just too high and once Veszprem made him an offer – including more free time for his family and more money as well – he took it. Take a look at the national teams and players like Mikkel Hansen, who has two matches every week. Actually, it’s a miracle he hasn’t been injured more often. And it’s a major problem that the EHF and IHF don’t want to listen to the players at all – that’s a real issue.

As you just mentioned, next year the national team will play a World championship at home. Are you one of the main favorites to win it all or is there such a thing as too much pressure? I’m never sure, because Scandinavians tend to be very relaxed, but on the other hand expectations will be running sky-high.

CM: I was part of the team in 2014 when we lost in the final to a better team – France. We are used to this kind of pressure and we expect to be in the semi-finals of every major tournament. The whole country expects it, the experts, everyone. We are used to it, also on the club level, where we have to win every game as well. It’s going to be a great event, especially for the fans. We are looking forward to it.

Is Denmark still the number one in Scandinavia after Norway and Sweden reached the finals of the last two major tournaments?

CM: A good question. I think Norway and Sweden have really improved as of late and Sweden beat us in the semi-final at the 2018 European championship. The level of play in Norway and Sweden has gotten better and I like it that it’s not just Denmark anymore. But I can’t tell who’s the best. What I can say is that we will be the favorites when we face them at home, next January. I’m just happy that the level has risen, especially in Norway because their women’s team has won everything. Sweden has a very young squad as well and I’m sure all of us will be playing great matches in the next ten years, which is great for handball in the North.