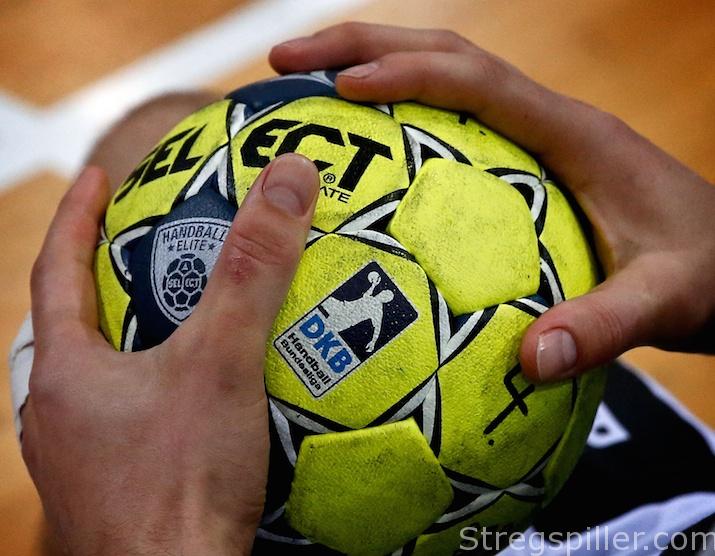 Heading in the right direction

Although we are in the middle of summer there’s plenty to talk about in handball.  Some teams have already finished their vacation and are preparing for the new season, especially in Germany, where the new campaign starts in late August- a little earlier than in most other countries in Europe. Early July may not be the time to think about what’s next on the court, but it’s the time of some noteworthy decisions.

Officials of the DKB Handball-Bundesliga met in their new headquarter in Cologne last weekend and declared a new era, allowing 16 players to take part in league matches instead of the usual 14.  Well, “usual” from a German perspective, on the international level it’s a whole different matter.  Changes will already be implemented in the upcoming season and tested in Germany’s upper handball house only.

Obviously not all Bundesliga managers are in agreement.  Last year, only three clubs voted in favor of the change, if my information is correct.  It’s indicative of how close the vote must have been this time around.  Axel Geerken, a former Bundesliga goalkeeper with Kiel and Wetzlar, now in charge of MT Melsungen, a club with one of the larger budgets, doesn’t like the modification.

“I have been critical with regards to this change in the past and I still am.   I can’t really say that I’m happy about it.” Geerken, who voted against the adjustment, added: “I think it’s important for the league to remain on an equal level.  The top clubs will use this rule to add more quality to their roster and some teams from the relegation zone might do so as well.   In my opinion it threatens the balance within league, a factor that makes the “product” DKB HBL attractive to a lot of fans!”

Actually, there’s no evidence that younger players will see more time on the pitch. “I doubt that key players will suddenly play less in critical situations,” Geerken said.

I agree – there’s no guarantee at all that they will enjoy additional minutes on the court.  The big teams like THW Kiel or SG Flensburg-Handewitt are very happy about the shift, as it allows them to rest some of their stars late in the game.  The manager of Melsungen is not alone having concerns.

“I think the wealthier clubs will acquire more players from mid- or low-level teams, and it could also have an effect in the second league.  I prefer the idea of playing in the second league rather than sitting on the bench in the upper house.  We will see the outcome of the change in two or three years,” Schmedt said.

Only time will tell if the reform works out and for whom but it may allow those clubs, playing in the Champions League, to repeat former heroics, late in the season.  In any event, the change comes too late for former Flensburg coach, Ljubomir Vranjes, who’s still on holidays after leaving for Hungarian side Veszprem.   He frequently complaint about the enormous amount of stress for his players and it’s a shame he can’t reap the benefits of the new format now.  But his former players should be forever grateful.

In the meantime another adjustment was finalized as well.  As of 2017/18 all teams will play on the same floor surface – a blue court surrounded by a black frame – the same as in the EHF Champions League, allowing the league to present a standardized corporate identity.  Although, I like “old-school” arenas and the charm of smaller halls that comes along with it, I still think the DKB Handball-Bundesliga made the right decision, signaling an advanced degree of professionalism.

Apparently, there was no pressure coming from new league broadcaster, Sky, all people involved were quick to point out.  Yet, from various other sources, I heard that Pay-TV made very clear that this was one of their priorities in order to present the sport properly.

League officials are trying to find ways, helping out teams like newly-promoted TV Hüttenberg or TSG Ludwigshafen-Friesenheim, as these clubs are likely relegation candidates, spending a lot of money on something they need for one season only.

Still, the DKB Bundesliga has to come up with more and better marketing initiatives if it doesn’t want to lose its status as the world’s number one handball league.  Other leagues are making inroads as well but the steps taken are moves in the right direction, for sure.