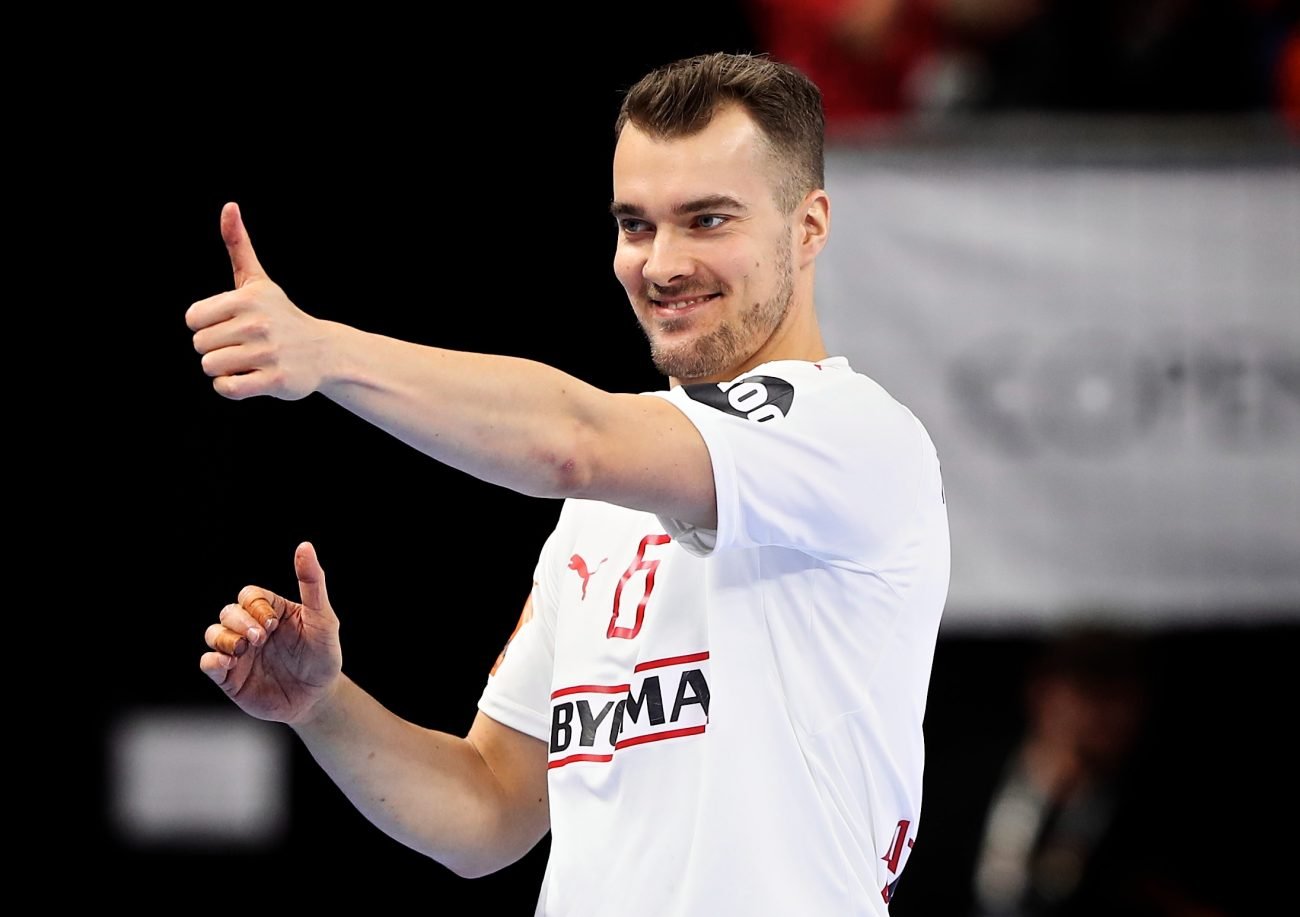 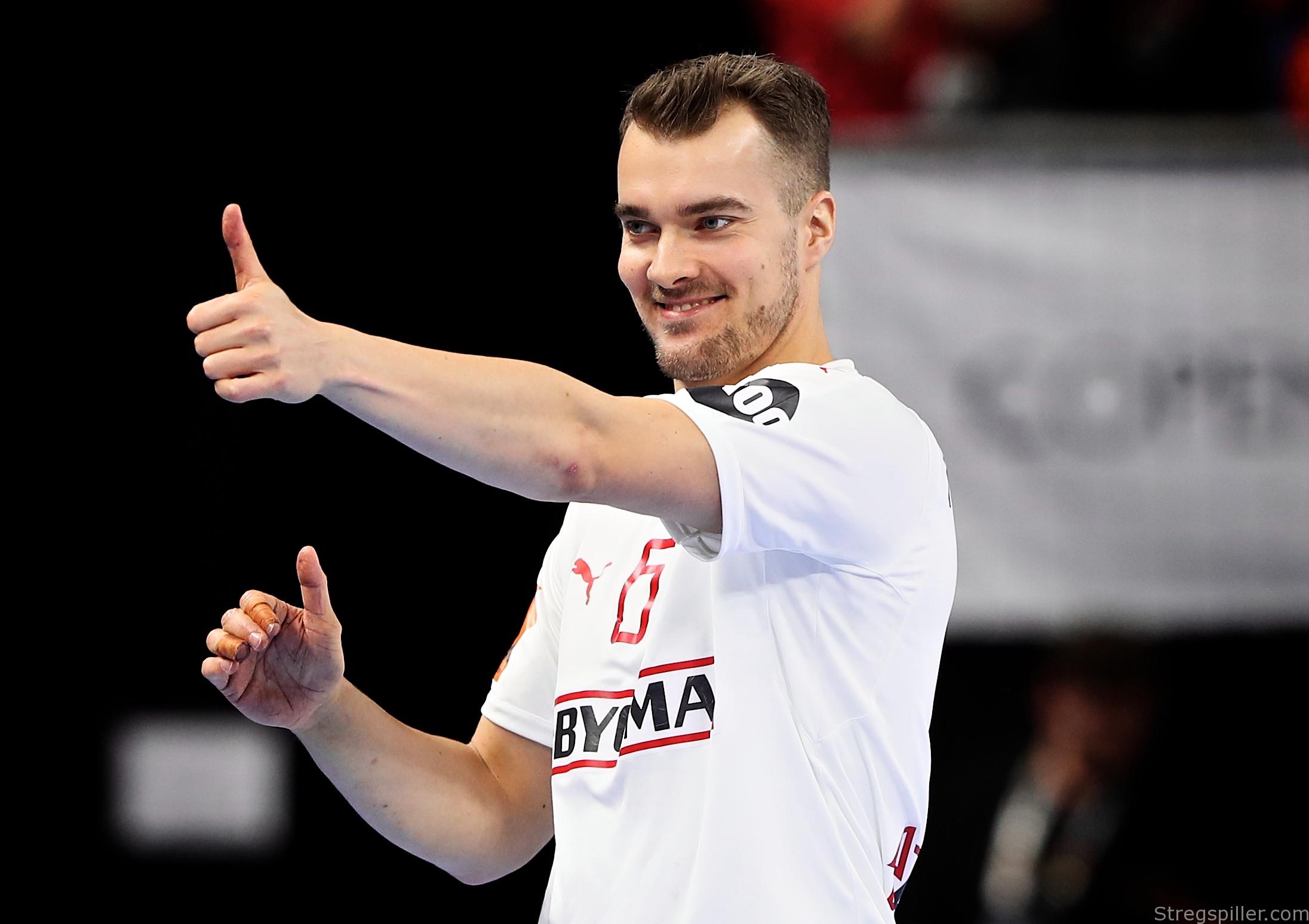 INTERVIEW – It was diagnosed as a minor injury, but it took more than a year, before Casper U. Mortensen was back on the handball court. Last Saturday, Barca’s left wing celebrated his comeback, when he played in the first half of the EHF Champions League match against Zagreb.

In this exclusive interview with stregspiller.com, the Danish star shares his thoughts and feelings about an injury that lasted longer than expected.

Finally, he is back.

Last Saturday evening, at the Palau Blaugrana, Casper Ulrich Mortensen played his first 30 minutes of handball after more than a year, when Barca trashed PDF Zagreb, 32:23, in Group A of the EHF Champions League.

“It was so cool to finally play handball again.

“Of course, I would have liked to score on my first opportunity, but as it turned out, playing one half and scoring one goal was an okay comeback for me,” Casper U. Mortensen tells stregspiller.com.

It was not in the cards that he would remain off court for as long as he did, at least not at first glance.

In January of 2019 he sustained a knee injury at an early stage of the World Cup. First, Denmark’s medical staff diagnosed it as a minor injury and Mortensen was already back on the court for the final match against Norway, which Denmark won 31:22.   These were the last minutes of handball, the powerful left wing played for more than a year. As it turned out, the injury was far more severe than expected and Mortensen left the court already after a few minutes. Upon his return to Barcelona, the nightmare unfolded.

The damage to the knee appeared more grave than first thought. In fact, the meniscus was so seriously impacted that surgery was needed.

What followed was an unusually long recovery period and even more time was needed before he was fit for active duty, once again.

“Of course, it has been a long and tough road back to the court, but all along I felt I was in good hands, here in Barcelona.

“I have been taken very good care of by a very competent medical staff and by everyone else in and around the team.

“And, I have felt a lot of sympathy from my teammates and all the people around me.

“I admit that there have been some bad days and that I have had some dark thoughts in between, not the least because everything took so long. But, that’s all in the past, now that I am fit to play again.

“I can feel how my hunger for handball has grown so much bigger during my long break.

“Now, I am just so much looking forward to play each and every match, even the ones in the Spanish league. I am so eager to pay FC Barcelona back for everything they have done, as they did not get anything in return from me in all of 2019,” he says.

The way his injury was handled by the Danes certainly did not impress, Mortensen’s club, Barca.   Especially, head coach, Xavi Pascual, had some angry words for the medical staff of the Danish Handball Federation.

Yet, Casper U. Mortensen does not want to comment on his injury and the way it was handled in Denmark.

“Of course, you are never happy, when you get an injured player back and of course, it was also a shock for me to learn that I needed surgery, when I returned home.

“I must say, however, that there have been no bad feelings towards me in the club, instead I have felt nothing but sympathy and a desire to help me.

“Now, I just want to put everything behind me.

“I am happy to be back and I want to look ahead.”

The injury break obviously meant that he missed the EHF EURO, in January of this year.

It also meant that he was not part of Denmark’s disappointing failure, as the World champions were already eliminated after the preliminary round.

“In fact, January 14th – the day they were sent out – was the first day I could train handball again!

“As most of the players from our A team were away for the European championship, I trained with the Barca reserve, but that did not take away from the joy of being back on the pitch one bit.

“Of course, I was sad to miss the European championship and, of course, I felt sad for my national teammates, but all of it was overshadowed by the fact that I could practice handball again – finally,” explains Casper Mortensen.

“We have the best team in the Champions League”

As his own hunger for handball has increased, while he was sidelined, his club´s appetite for winning the Champions League for the first time in five years is as big as it has ever been.

“I can really feel how the club’s hunger for this title is growing every year we do not win it.

“With two matches left in the group phase, we are in a battle with Pick Szeged for the group win. So, for us it’s all about going to Slovenia and claim the necessary two points against Celje, on Saturday. Thereafter, we can probably look forward to a deciding match for first place at home, against Szeged on the very last match day,” says Casper U. Mortensen, who is playing his second season for Barca, after he left TSV Hannover Burgdorff in the summer of 2018 as the top scorer in Germany’s Bundesliga.

“I think we have the best team in the Champions League, not the least because the club signed Luka Cindric. He has given a tremendous boost to our offense.

“However, we have seen so many times how fast things can happen once you reach the FINAL4.

“Sadly, we experienced it ourselves a couple of times and as late as last year.

“In the semifinal, which for obvious reasons I was watching from a seat in the stands, we were leading by seven goals against Vardar, but ended up losing.

“Obviously, we have to avoid something similar this year, but I am sure we can do just that,” ends Casper Ulrich Mortensen.