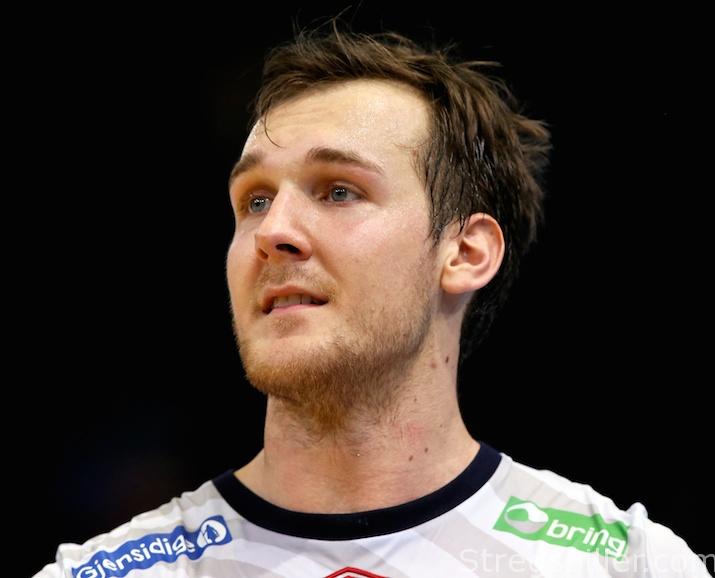 Myrhol happy, O’Sullivan not so much

It’s been a magical run for Norway during the last twelve months.  The ride started in Poland about one year ago when the Scandinavians lost a nail-biter to the eventual champion Germany in the semi-final of EURO 2016.  They also lost the Bronze medal match against Croatia and later on missed qualifying for the Olympic tournament as well as the World championship.  But the team showed that the wild card for France 2017 was well deserved.

Although it has been a rollercoaster ride, Christian O’Sullivan seemed to be quite devastated after the loss to France on Sunday. “I don’t think we won a Silver medal, I think we lost the Gold medal today,” he said right after the medal ceremony.  “When you’re playing in a final you always go for Gold, but we knew we had to play 60 really good minutes against a world-class team like France.  But today we were just not good enough.”

His words and mindset showed that head coach Christian Berge, who took over the team in early 2014, has been able to establish a winning mentality in a short period of time.  The Silver medal won in Paris was the first in the history of Norway on the men’s side.  The team proved that tough losses, like those suffered last year, can help develop important team building aspects, like trust and persistence.

“Right now it really hurts not to have taken Gold,” O’Sullivan added, “but sooner than later I will be really happy about the Silver medal.  It’s a huge honor for us to have made it to the final.  A lot of good teams didn’t make it this far, but we did.”  True words, as Olympic champion, Denmark, and European champion, Germany, didn’t even make it to the quarterfinals.  Norway will be a force to be reckoned with for years to come if key players, like young star Sander Sagosen, stay healthy.

Veteran Bjarte Myrhol, currently 33 years old, might not be with the team for that much longer, and this may have been the reason why he seemed quite happy just a few moments after the defeat against a dominant French team: “It took me 10, 15 minutes in the locker room to think about the loss.  I was sad first, but then again I got a heavy and nice-looking Silver medal hanging around my neck.  So now, I’m quite happy.”

When I asked him if this was the best day of his career he didn’t want to agree – “Maybe the win against Croatia in the semi-final was even better”.  But he very much confirmed that it made a lot of fun watching Norway play throughout this tournament.  “It’s nice to hear because that’s the way I see it as well.  I’m absolutely satisfied with what we have done here.  It’s fantastic!”  Indeed it was refreshing to see new and fresh faces at the top of the handball world.

It’s also quite interesting to see how different the point of view of the two players make is.  While Myrhol played his first international for Norway back in 2002 when Sweden, Russia and Croatia were the dominating nations, O’Sullivan joined the team in 2012, when France, Denmark and Spain had already taken over.  Maybe just another reason why Myrhol was fast to say that “we will win the party tonight”, while O’Sullivan was too tired to even think about it.

Let’s just hope, for the good of Norway’s national team, that coach Christian Berge won’t sign with Bundesliga club SG Flensburg-Handewitt, as rumors suggest.  It would be a much tougher loss than the defeats to Germany or Slovenia, of last year, because Berge is the guy who showed his players what they’re capable of if they just believe in themselves.