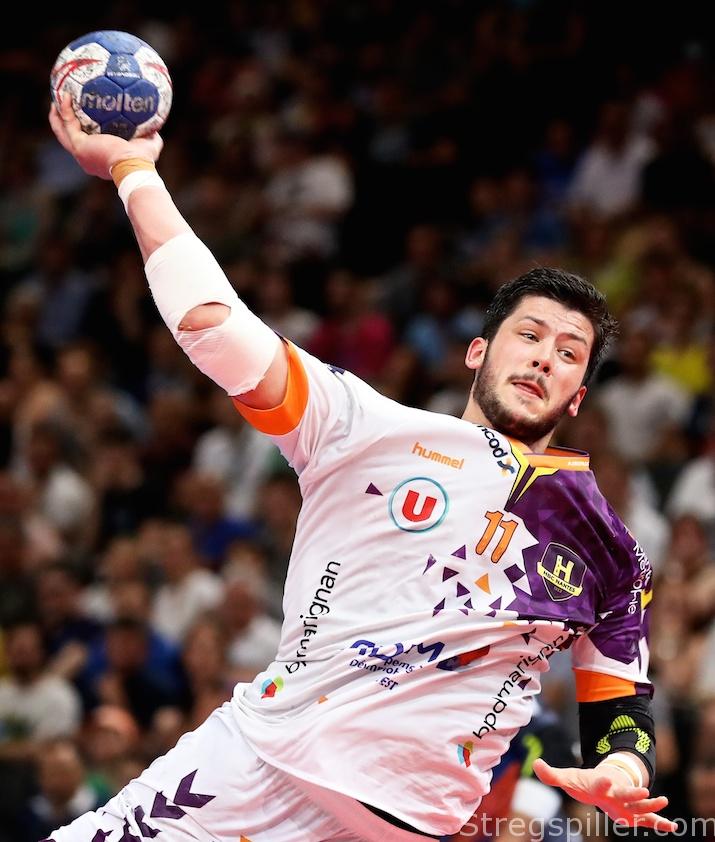 Paris Saint-Germain didn’t win the French Champions’ Trophy for a fourth time in a row.  On Saturday, in a magnificent final game, the Parisians weren’t able to overcome Nantes, who won the competition for the first time in the club’s history.

It might not be the biggest of all achievements, of course, but any club that dominated Paris the way “Le H” did, sets the tone for the rest of the season.

“Even though it is not a major trophy and doesn’t get us any European spot or anything like it, we are very proud of having won this weekend”, says Thierry Anti, Nantes’ coach, after a near-perfect preparation, defeating not only PSG, but Veszprem, Berlin, Montpellier and Holstebro – all Champions League powerhouses with the exception of the Danish club.

“We had to play 100% from the beginning of the preparation, since we’ll have to be at full throttle right from the start of the season.  We’ll be facing Rhein-Neckar Löwen and Barcelona in the Champions League and we need to be ready for such battles.  The best of thing for us was to prepare as if pre-season was real competition already”.

For Paris, on the other hand, it already is a blow to their ambitions.  Not a big one, as the trophy doesn’t count for anything meaningful, but still, the team barely stepped up in the final.  Their defense never found solutions against line-player Nicolas Tournat and Spaniard Eduardo Gurbindo, while on the other side of the court, Nikola Karatic and his teammates struggled to put the ball into the net, losing the battle against Cyril Dumoulin, who stopped 22 shots in the final.

Disappointing, considering previous practice games that saw PSG winning all of them by ten goals.

“We have to turn this bad experience into something good.  Nantes were better than us – no question.  We didn’t find the way to stop them, we felt frustrated and we weren’t clever”, was the analysis of Luc Abalo, who thinks that Nantes’ style of handball – including an obvious Spanish influence – is hard for Paris to control.

“You can feel Alberto’s Entrerrios influence.  When I watched them play, it reminded me of Kielce and Vardar Skopje – teams coached by Spaniards.  Maybe it’s the best way to beat us”, explained the right-winger.

For Montpellier (the team from the south of France eventually played for 3rd place), it was a mixed weekend, with one splendid half in the second game, while the rest of it was, well, a mixed bag.

In the semi-final, Nantes was just too good, even though Montpellier had an opportunity to turn the match. But too many turnovers and missed shots killed their last hope in the second part of the game, resulting in a six-goal defeat, much to the anger of goalkeeper Vincent Gérard.

“It’s cool to hide behind “the young team” label but at some point, you have to stop learning and try doing things right.  Here in Montpellier, we don’t have time to learn, we only have time to get results”, he raged.

And on Satirday, the French international was listened to when his team turned a three-goal deficit into a decisive victory against Saint-Raphaël.  Newly signed Melvyn Richardson felt at ease in his new team, scoring nine times, in the bronze medal match.

“There’s always this sense of uncertainty with new players, and Melvyn is no stranger to that.  What he showed on the court is encouraging for what’s coming next and, for me, it was a very interesting weekend”, concluded coach Patrice Canayer.

For Saint-Raphaël, it was also a very interesting weekend, but in another, mean, way.  Receiving 72 goals over the course of two games, against Paris and Nantes do not signal a bright future for the EHF Cup semi-finalist.

Moreover, Xavier Barachet injured his wrist and won’t be able to step on the court for the next six months. Still, coach Joël Da Silva, doesn’t want to put to much pressure on his players.

“Being worried wouldn’t be of any help to my players.  They need to find their confidence again, and they will by working even more.  We need to stay focused and not panic and we have ten days to prepare and find out what’s not working at the moment”, he said.

The French league might be starting in ten days, but time will fly.  For Nantes it will be all about keeping momentum.