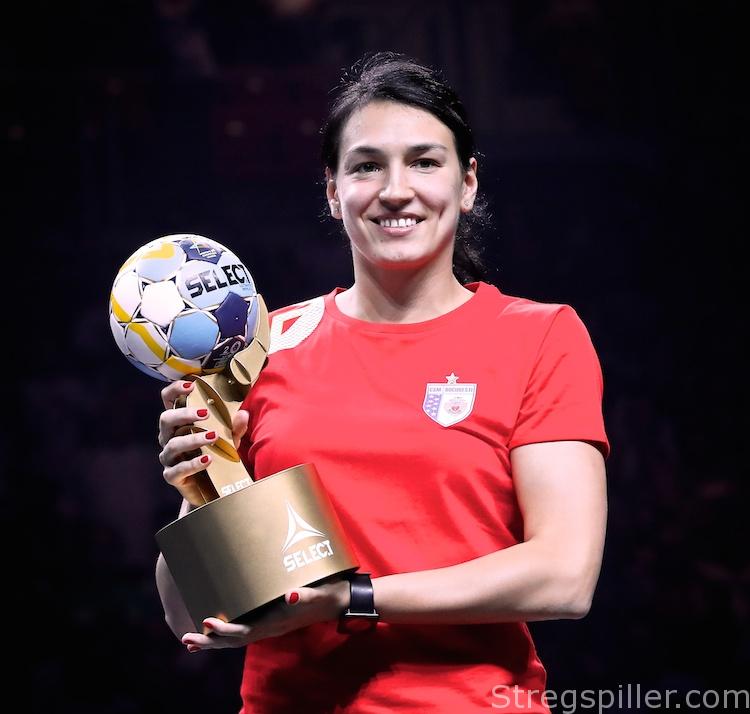 CSM Bucuresti are all but through to the quarter-finals of the EHF Champions League for the sixth season in a row after a stunning second half gave them a 33:24 win over Romanian rivals SCM Ramnicu Valcea in the first leg of their play-offs clash.

In a game of fine margins which resulted in a large winning margin, here are the areas that made the difference.

In Friday’s preview, protecting their goal was identified as the key to the underdogs’ chances and in the first half they did exactly that, restricting CSM to just 17 shots on goal.

You can defend as well as you like but you need a keeper behind you to match that effort and it did not come for Valcea today. Marta Batinovic only got her hands on one shot from 15 and while her replacement Daciana Hosu was much improved with six stops, it paled in comparison to Jelena Grubisic down the other end and her 16 saves at 41%.

It’s an easy call to highlight Neagu as a difference maker pre-match and even easier to do it when she goes on to score 13 goals in the game.

Back in an arena she used to star in regularly for four years and where she took Valcea to the 2010 final of this competition, she played a huge role in crushing this club’s European dreams for another year. It was a big performance from the living legend and you could feel how much it meant as she let roar a big “come on!” coming off court after being awarded the player of the match.

The fact that it was a derby in the knockout stages of the EHF Champions League appeared to play on the minds of many involved. There were some uncharacteristic mistakes from both sides, including one bizarre moment when both sides threw the ball out of play within five seconds, while CSM coach Adrian Vasile looked more perturbed than usual as he buzzed up and down the sideline.

CSM’s greater strength in depth and experience in dealing with pressure situations told in the second half, however, as they raised the temperature on the opponents, leading to rushed play by Valcea, while remaining cool themselves in attack.

While CSM could rely on Neagu and Barbara Lazovic to fire in 20 goals from the back court, Valcea were mostly misfiring.

With the exception of Kristina Liscevic, who produced an impressive seven goals and nine assists, it was a poor day at the office with Shenia Minevskaja scoring one from seven and Mireya Gonzalez’s four from 10.

Early in the second half, with Cristina Neagu having scored half of CSM’s goals, Valcea decided to mark her out of the game in an attempt to see if the rest of the opposition attack would sink or swim.

They swam! Siraba Dembele got her first goal of the day, quickly followed by one from Barbara Lazovic and CSM were suddenly five goals up after 40 minutes.

Martin in the middle

At a crucial stage of the second half, Vasile made the gutsy decision to use usual right wing Carmen Martin as a safe pair of hands in the centre back position.

It wasn’t the Spaniard’s first foray into the back court this season but seeing her manage the attack and facilitate Neagu in doing her thing.