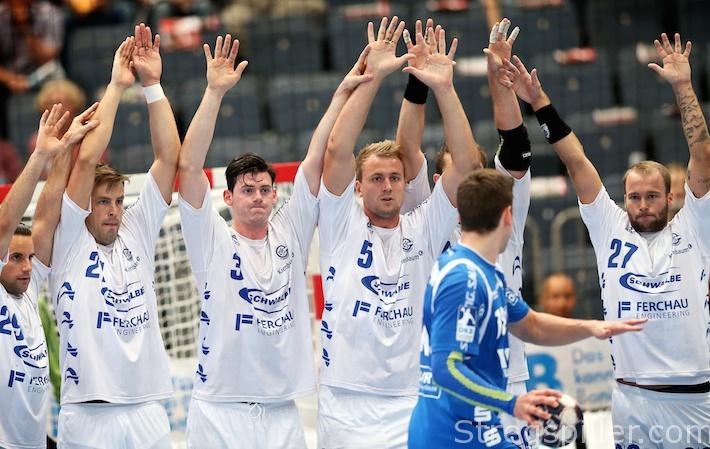 “We needed to go in a different direction”

Frank Bohmann is the CEO of the so-called best league in the world, the DKB Handball-Bundesliga.  When details of the new TV deal where announced late last week, a lot of people in Germany’s handball community scratched their head.  Sky and ARD struck and agreement with the League and among some other changes, games will be played at 12:30 on Sundays, a radical shift compared to the current system.  I talked to Bohmann in an exclusive interview to sum up what happened, and why

Q: How satisfied are you with the new television deal?

Q: When you started the negotiations with different bidders, what objectives did you set?

Q: Why are those rights regarding the highlights of games so important to you and the clubs?

A: Previously we were able to offer highlights, either produced by Sport1 or the clubs themselves.  Now, we can offer a very high quality of highlights, which can be used one day after the games, produced in a standardized format.  It will be much easier to sell the highlights, which make them quite valuable, because sports marketing has changed drastically in recent years.

Q:  There were a lot of negative reactions with regards to the 12:30 pm throw-off time on Sunday.  What do you think about such comments?

A: There are actually two sides you have to consider.  From a media perspective you want to offer the sports without a lot of competition. Sunday is a central day for sports media coverage.  Then we wanted to offer highlight coverage via ARD and ZDF in the afternoon. On the other hand the new time offers reliability, especially for season-ticket holders.  In the past you didn’t know when your team would play, now it’s much easier to plan for all sides involved.  We will have to see if 12:30 pm is the perfect time, but it sounds very logical to me. We need to go a different direction than before.

Q: Are you afraid attendance will go down in the arenas?

A: I don’t think that there will be a major decrease or increase in the short-run when it comes to attendance.  But I do think that, because of the improved reliability, we will attract more people in the as time goes by.

A: No, I can’t, but that’s the way we will start.  We will have to evaluate the situation after a certain time, obviously in close cooperation with Sky, but at the moment it’s hard to tell.  However it’s a great achievement and very important for the clubs that we will get live pictures from all games.

Q: One final question, how do you want to make sure that the young people, especially teenagers, will be reached by handball – usually they can’t afford pay-TV and prefer social media?

A: Sky knows very well that it has to attract a younger audience and Sky Sports News was just launched as a free-TV channel on the 1st of December.  That’s one step.  There are already different offerings from Sky, but obviously social media is a very important part of our campaign and we’re already on a very good path when it comes to our social media content.  I’m quite confident about all of it.