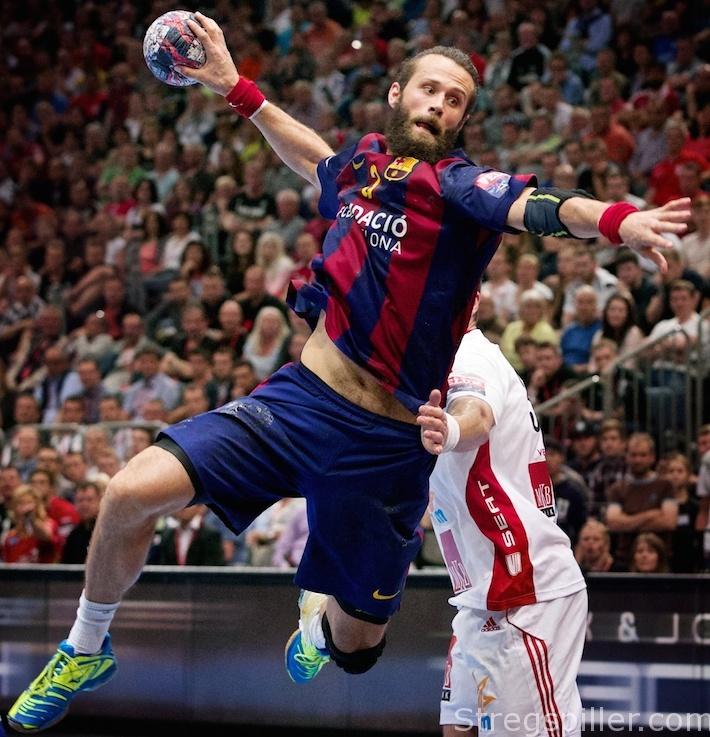 Although German outfit THW Kiel has emerged as a top threat to Barcelona’s throne as the biggest club in handball the Catalans are still number one, and maybe that’s not really a point of discussion.  But something has changed recently at the “Blaugrana”, where anything but first place is considered failure.  Well, at least when it comes to the Spanish league – keeping in mind that today’s ASOBAL is not what it used to be.

Even though I want to take a look at Barcelona’s prospects to win another Champions League title, a lot of it has to do with the domestic competition.  I still remember when clubs like Teka Santander, Bidasoa Irun, Portland San Antonio or Ciudad Real were big-time challengers.  But when the financial crisis hit the Spanish construction market, those teams disappeared one after another.

It provided Barcelona a chance to focus on international competitions while resting the stars when playing locally.   As a result, the club has reached the Final 4 in Cologne five times.  But last year was a disappointment, when Barcelona lost against Kiel in the quarterfinal as the defending champion.  Especially disheartening when taking into consideration that the opponent had his first title-less season in more than ten years.

Competing in a weak league is a double-edged sword.  While players are well rested, they lack tough matches.  But as captain Victor Tomas said some days ago: “When you play at Barcelona you expect to win titles, nothing else.” The goal is set, that’s for sure.”

But compared to the 1990’s the approach is a bit different.  Back then, only a handful of teams were able to win the title and Barcelona had many star players – only stars.  Since Nikola Karabatic has left the Spanish outfit in the summer of 2015, management has looked at younger players, giving them a chance to develop, learning from the veterans in training while getting plenty of playing time.

Certain players come to mind right away, such as Tunisian Wael Jallouz.  While it didn’t work out for him in Germany when he played for Kiel, he has improved his decision making a great deal, although his long-range shot is and will always remain his main weapon.  Lasse Anderson is another example.  The Danish left-back joined from KIF Kolding and is ready to take the next step.

Another back-court player moved to Barcelona in the summer, Frenchman Timothey N’Guessan.  He’s probably less skilled than Andersson, but is a very physical athlete.  Along with the Dane and Jallouz he offers more depth behind aging stars, such as Raul Entrerrios and Filip Jicha.  Jicha had a tough first year in Catalonia, as he was hampered by injuries.  His fitness will be a key for Barca to go far in Europe’s premier handball competition.

While Victor Tomas is still wearing the red and blue jersey, left-wing Gudjon Valur Sigurdsson moved back to the German league. But Valero Rivera is more than a fine replacement.  On the court he might be slightly better than Sigurdsson at this stage of his careers.   Still, the Icelandic veteran was a true leader and will be missed.

The same goes for Danijel Saric.  He won a lot of games for Barcelona in the past.  Yes, Gonzalo Perez de Vargas is a fantastic goalkeeper as well, but he functioned knowing Saric could always save the day for his club, and his teammates.  Is Borko Ristovski the answer?  I have my doubts.  The quality of the two keepers is still above average and if it doesn’t work, Kiril Lazarov has to score more often.

Barcelona has a tough group, with opponents like Veszprem, Paris, Flensburg or Kiel.  But the team is rested, re-focused and determined to get back to glory.  They will advance anyway and I’m quite sure they will also make it back to Cologne.  With younger players involved, the squad maybe even hungrier to win the title then in previous years.  The mix seems right in Barcelona.  The approach may be new, but the goal remains the same.