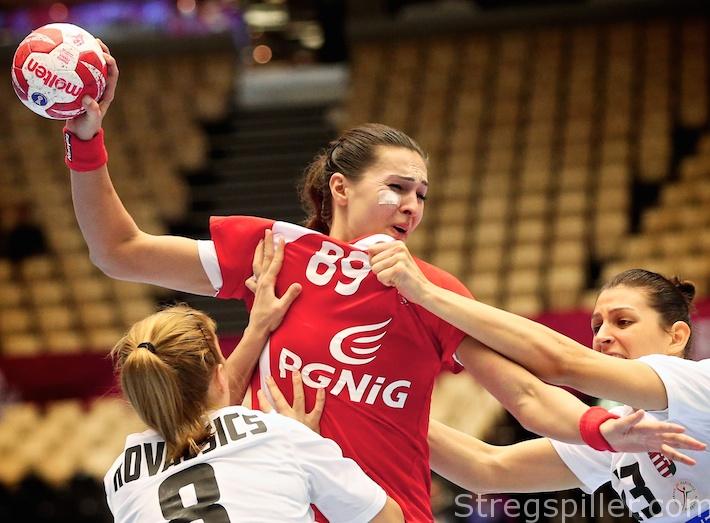 Following in the footsteps of Kim Rasmussen is no easy task, and Poland´s new coach Leszek Krowicki has not made things easier for himself by changing most of the national team.

Kim Rasmussen left some pretty large footprints after ending his job as national team coach in Poland this summer.  The 44-year-old Dane has not only made his mark as Women´s Champions League winner with CSM Bucuresti.  During his six years in charge of Poland´s women´s handball team, he lifted the squad from oblivion to a position close to the international top, with fourth place finishes at the World Championship 2013 as well as 2015.

Now, it is up to Leszek Krowicki to step up and continue the development.  Beside his job as national coach in Poland, 59-year-old Krowicki is also in charge of German Bundesliga club VfL Oldensburg who he recently qualified for the EHF Cup group phase.

Having lived in Germany for 30 years and worked in several German clubs, he will have excellent, first-hand knowledge of at least one of Poland´s opponents in the preliminary round – Germany.

Krowicki has not made the task easier for himself by changing most of the team members when compared to the crew Rasmussen chose to work with.  Decisions that make the new coach vulnerable to criticism, should his changes lead to poor results.

Furthermore, he may have to do without one of the few experienced players he has kept on his roster.  31-year-old left-back Karolina Kudlacz-Gloc is suffering from back problems, and the Leipzig player is very doubtful for the European championship in Sweden.  Missing Kudlacz-Gloc will be a severe handicap to Poland, no doubt.   But at least, Krowicki and the Polish fans can find some consolation in the fact that another left-back, Larvik player Alina Wojtas, is finally back from injury, and that playmaker Kinga Achruk (formerly Byzdra) has seen more and more time on the pitch in Buducnost over the past couple of years.

Among all the opponents in Group B, France and the Netherlands are likely to be the toughest contenders for the Polish team in its current condition.

This will leave Poland in a battle with Germany for a third and last main round spot.  In the direct encounter between the two nations on December 8, in Kristianstad, Krowicki´s first-hand information on Team Germany will come in handy.  In general, the Polish squad may possess just a little bit more quality than their German adversaries – enough to send them to the main round.

But this will be it for Poland and a position between 10 and 12 seems to be what the players from Eastern Europe can achieve in Sweden.

During her four years with Buducnost, now 27-year-old Achruk has become more and more valuable to the Montenegrin handball powerhouse, and Poland’s national team has certainly benefited from this development as well.

Her growing international experience has made her a crucial playmaker as well as an important figure in Poland’s defense.

Just like Achruk, Wojtas will play a key role in Poland´s defense – the strongest part of the team.  However, the 29-year-old and 191 cm tall left-back´s comeback from her long injury break is also good news to Poland´s offense.  Her hard shot from distance will be very much needed in Sweden.

MKS Selgros Lublin failed to qualify for the Champions League as well as for the EHF Cup group phase this season, but this was certainly not Joanna Drabik´s fault.  The 23-year-old line player did her best to have a different outcome.

She is another critical player at both ends of the court – not the least because of her physical strength.